FOR too many decades, the name Jeremy Corbyn has been synonymous with the morphing of far-left, revolutionary politics and its intersection with Islamic jihad. Yes, he is now its 70-year old “posterboy.” This is especially so within Britain, but it is also the case throughout Europe and the west at large, too. Indeed, for reasons that will soon become manifestly apparent, Middle East dictators and strongmen, in tandem with terrorist leaders, are all too familiar with the aforementioned western-hating parasite. Their hero. Inextricably, they have every reason to idolize him – and they do!

EVEN more so, the very fact that the Leader of the Labour Party and Head of the Opposition within British Parliament openly trucks with Islamic jihadis attests to the ease in which (what is known as) the “red-green alliance” cooperates and aligns its main co-joined interest, that is, the destruction of the west.

TO wit, this is where the rubber meets the fork in the road (no, this is not a mixed metaphor!) of America’s heretofore liberal-based Democratic Party. The parallels.

IN other words, once upon a time, in 1983, to be exact, Corbyn, a 34-year-old revolutionary upstart, burst onto the scene and was elected to Parliament. Bear in mind, his catastrophic entry into mainstream politics occurred during (the late and lamented) Margaret Thatcher’s (blessed) heady return to 10 Downing Street for a second term – and with few the wiser as to what Corbyn’s seat portended. Grave error.

BUT without going into far too many historical details (this is where a solid grounding in history matters), to best understand what is going down within today’s socialist-Democratic Party, one must learn (and internalize) the insidious and dangerous lessons from Corbyn’s long-standing nexus with hard core leftists and Islamic jihadis – ultimately, to apply them to today’s landscape re the infiltration, penetration and ascension of “AOC + 3”, albeit, on steroids!

(February 26, 2019 / The Tower) An explosive investigative report from Britain’s Mail on Sunday has unearthed long-standing ties between a senior aide to Labour Party leader Jeremy Corbyn and terrorist organizations committed to the destruction of Israel.

The report details how Seumas Milne, the party’s head of strategy and communications, has for decades supported the Palestine Liberation Organization and Hamas, the Islamist terrorist group that exercises complete political and military control over Gaza, and aims to bring down the Jewish state.

Milne, the Mail claims, first met with members of the PLO on a trip to the Middle East when he was a student at Oxford University in 1977. In his writings, the former Guardian journalist has since expressed support for Palestinian terrorist organizations—the PLO and, more recently, Hamas.

The senior Labour aide, together with Corbyn, visited Hamas terror leaders during a 2010 trip to Israel and the Palestinian territories. Corbyn broke British parliamentary rules by failing to disclose the trip and later gushed over having had “a takeaway dinner” with Hamas chief Khaled Mashal in the parliament building in Gaza.

Asked about his senior aide’s links to the terrorist organization, which calls for the destruction of Israel by force, Corbyn said: “I don’t think it is appropriate for me to be quizzed on his individual views. He is a man of immense intellect and a scholar.”

Meanwhile, a prominent Jewish Labour MP, who spoke on condition for anonymity for fear of “death threats” by Corbyn supporters, told the Mail: “I think it’s evident to anyone who has been in the Parliamentary Labour Party for the past three years that Seumas Milne has an undue influence on events. It’s not just concerning—it’s appalling, especially over the issue of anti-Semitism.”

The investigation also revealed Milne’s extensive ties to organizations linked to the Kremlin. Shortly after pro-Russian forces illegally annexed Crimea in 2014, Milne attended a conference session in Russia featuring keynote speaker Russian President Vladimir Putin. All expenses were paid for by its organizers, a think-tank close to the Kremlin.

The fresh accusations against Milne have raised alarm bells in Britain’s security establishment.

Sir Richard Dearlove, who led the Secret Intelligence Service MI6 from 1999 to 2004, told the Mail: “Anyone with his sort of background could not be let anywhere near classified information. It would be out of the question. That means Corbyn could not make the judgments and decisions a PM has to make unless he stopped consulting him.”

John Sipher, the former head of the CIA’s Russia division, told the newspaper he had “no doubt” that a Corbyn government would hurt relations between Britain and the United States. “If there was a legitimate concern that Mr. Corbyn would include Mr. Milne in intelligence-related discussions, the U.S. would likely share less of its most sensitive information,” he concluded.

Below is a (terror-linked) list revealed by the outlet…..dear reader, continue internalizing Corbyn’s decades-long terror-ties, the lessons, if you will, here…..

AND in furtherance of said lessons learned, it is not for nothing that the heralding of Thatcher, AKA the “Iron Lady” – a populist conservative bent on eliminating socialist-driven, statist policies from the body politic – turned Britain’s sickly economy from an almost dead corpse into a thriving economic engine. Similarly, President Trump, a populist, unleashed economic policies to stanch the bureaucratic strangulation and bleeding, that which has been a win-win for the average American. And akin to Thatcher – an unparalleled stateswoman – he, too, blows them off like the gnats that they are. Basically, despite a maelstrom of outright falsifiers reaching for his throat, he keeps on truckin’. Still, one must conclude: who but anti-Americans would object to economic prosperity – as they spin lies and worse, even waiting, with bated breath, for a recession to occur under his watch! Why would they do this? Rhetorical.

MORE specifically, as mentioned, it must be emphasized: while Britain’s economic turnaround was taking place, few within the nation paid heed to the main underminer within, namely, Corbyn, a revolutionary lover and aficionado. Meanwhile, over the decades, associates – inside and outside Parliament – slithered into one influential position after another. They came to recognize that Corbyn is the “king-maker,” hence, his ascension to Labour’s leadership!

STILL, some liberal stalwarts inside the Labour Party saw the die-hard socialist-Marxist, jihadi handwriting on the wall, realizing that Corbyn was bent on destroying the nation’s prosperity, and, with it, Israel – by any means necessary. Step-by step, he turned countless mainstream voters against western civilization and Israel, effectively, the west’s only spear in the Islamic-driven and barbaric Middle East.

IN this regard, now that populist President Trump is gunning – yes, he is – to make America great again, as well as to safeguard Israel (for a multiplicity of reasons) in the process, “the squad”, “AOC + 3”, has gone berserk. Off the rails. No holds barred.

MAKE NO MISTAKE. Effectively, what took Corbyn decades to achieve and cement in place – to the degree that a preponderance of Britain’s movers and shakers are firmly entrenched and infected with far-left poisons, that which exposes a deep-seeded hatred of Israel with classic anti-semitic overtones – said lengthy time-frame is currently not the case with “AOC + 3”, the real drivers of today’s socialist-Democratic Party. That ship has sailed.

IN reality, this anti-American/anti-Israel squad hit the ground running, taking the Party with them to the precipice. Naturally, eight years of “softening” the ground by Barack HUSSEIN Obama, the “Red/Green-In-Chief “, paved their way.

BUT, as always, straight from the horse’s mouth is the preferred method to glean a clearer picture. Alas, the following are mere foretastes, since there are far too many to cite. That’s how dire the situation is.

OF course, President Trump has no qualms about holding their feet to the fire – the socialist-Democratic Party and fakestream media be damned. Resultant, he issued a multiplicity of verbal lashings, warnings, if you will, to the “Corbynites” in America’s midst who are endangering the nation! Can you imagine what he is planning for them behind the scenes? Hmm….the stuff of (this patriot’s and Zionist’s) sweet dreams….

DEMONSTRABLY, the “face” of the Labour Party is “proud” to call Hamas and Hezbollah terrorists his friends! So too, Islamist Reps Omar & Tlaib truck with the Muslim Brotherhood Mafia and their Shia counterparts.

UNRESERVEDLY, the main open question remains: while Britain’s Labour is too far gone and too sickly – even the heaviest assists from life support can’t bring it back to its liberal and democratic roots, despite the election of Boris Johnson – can the same be said for America’s socialist-driven Democratic Party? Diagnosis: positively affirmative.

WELL, it is no exaggeration to assert, thus, predict: if President Trump wins re-election in November 2020, the precipice has been avoided for, at least, four more years, with some time to spare. Mind you, this optimistic national prognosis is contingent upon a clean-sweep of the Deep State being run to ground during that time!

ON the other side of the spectrum, heaven forfend, if any of the cattle call-like candidates from the anti-American party take over, it won’t be a question of reaching the precipice, rather, how much destruction will ensue – and for decades to come. Guaranteed.

CONCLUSIVELY, not being the gambling sort (give this lady the facts, only the damnable facts will suffice), the following is a sure bet: by the time 2024 rolls around (a mere five years down the road, a blip on the radar), if the worst happens, America will not only be fully “Corbynized”, but will be skeletonized – to the degree that there will nothing left of its foundational roots to bury! 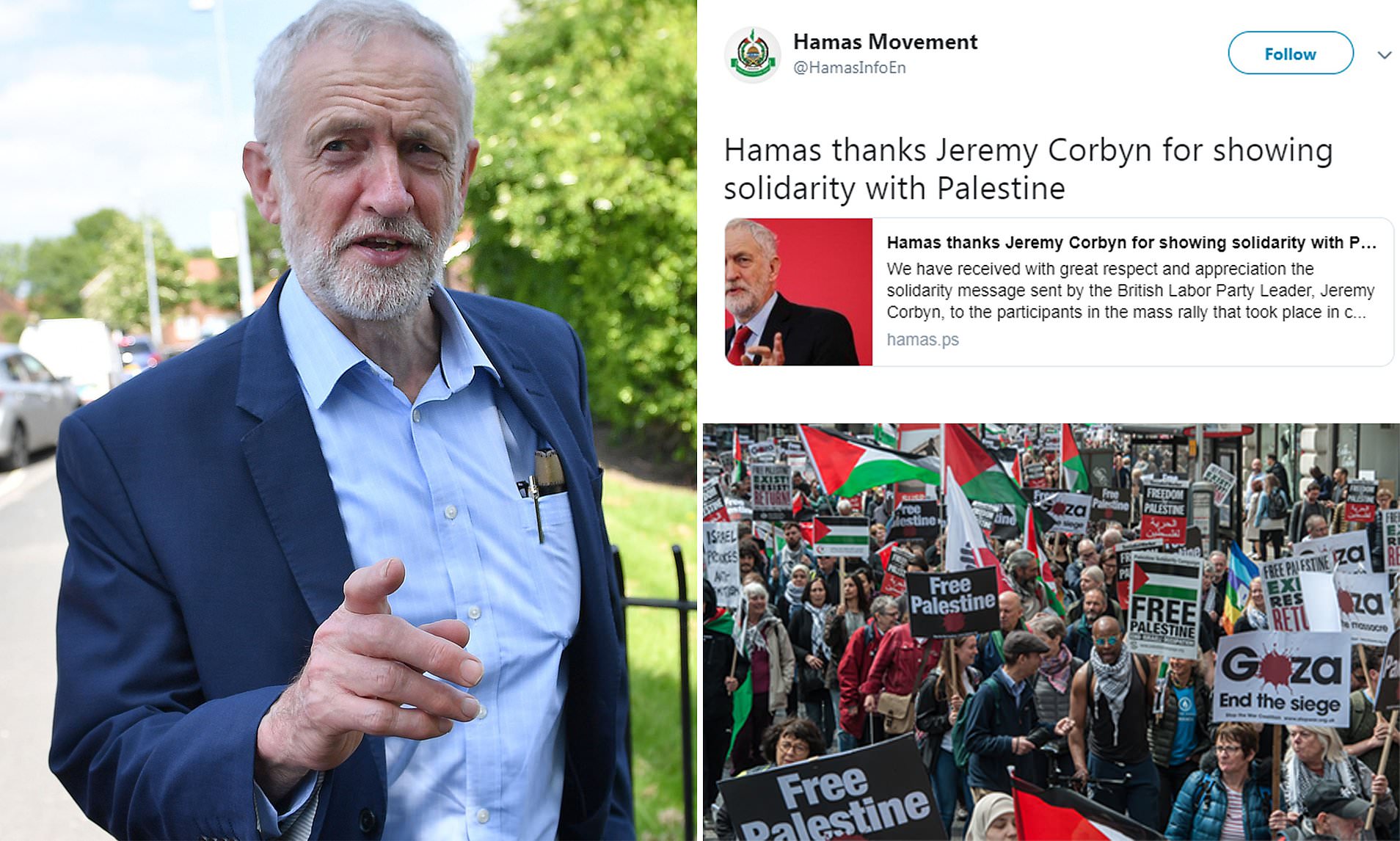 9 thoughts on “The “Corbynization” Of The Democratic Party In Plain View: “AOC” + 3 Leading The Way! Wherein Lies The Precipice? Commentary By Adina Kutnicki”