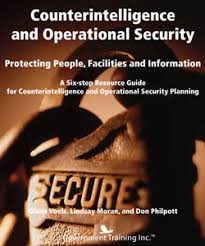 THE last Intel report from my consultancy with a privately-held Homeland Security entity (Tel Aviv and Washington based), “UPDATE TO: Trends /Adaptations In Jihadi Tactics, Intel Overview, 2018 To Date – The Rashida Tlaib Nexus” (posted January 12, 2019), among other things, presented a bird’s-eye view into what is really going down in Israel vis-à-vis its domestic Arab/Islamic terror menace – sans any Allah-wash, too. Indeed, said (incendiary) charge is irrefutably evidenced by the leadership’s (read: “Bibi & Co.”) decade-long kid-glove treatment towards Arab/Islamic terrorists throughout Israel – never mind any machismo posturing or poppycock “explanations.”

ON the other hand, what has been left hanging in the air within this and that analysis is equally intrinsic to Israel’s security, as well as the wider war against political Islam, that is, the other side of the same coin, so to speak. Effectively, the major knock-on effect (among many others) from the aforementioned “hands-off” treatment is internalized by Israel’s nearby foes – increasingly, they become emboldened (and then some) by the leadership’s continuous volte-faces and retreats, eschewing, all-out victory (not to be impolite, but whatever happened to “Bibi’s” much-heralded balls?).

SIMILARLY, America’s elected and non-elected Islamists have gotten the message: yes, Israel IS a paper tiger! It is what it is. As such, to pretend otherwise is wildly dangerous.

IN this regard, the following is a brief introduction from Jan. 2019 – in relation to the aforementioned entity, as it piggybacked onto its preceding conference, Feb. 2018:

RESULTANT, it is to several ends, some of which are intersecting, that the CEO of this Intelligence entity has set two conferences in motion, seemingly, back-to-back. As always, the first will be held in its highly secured Tel Aviv location. The second, on the other hand, will be off-shore. As to why, and where, I am not at liberty to say. Suffice to know it is not for nothing, nor to see the sights – interesting as they may be. Simply put, this is all business.

BUT know this: the following three targets will be front and center:

CONCLUSIVELY, since the last Intel “closed-door” conference in Jan. 2019, several corresponding assignments have been executed at this end. And except for a recent ten-day vacation, no stone has been left unturned to dig into this and that. As a result, a compendium of work will be presented in two stages – with an expectation that it will even blow away some of the most hardened counter-terror and counter-intel guys.