LADIES & GENTS, let’s face facts, discomfiting and disquieting as they are: you know that things are going to hell in a hand-basket when FOX News, the last bastion of non-PC truth-telling, has issued an omerta regarding the Islamic menace. Yes, “it be” true. Still yet, the truth has a way of seeping out, even with a (deadly) silencer in place. Wait and see. Follow the trails until the bitter end.

Cavuto Hangs Up on Catholic Leader Suggesting Notre Dame Fire May Be Tied to Paris Church Attacks: ‘No, Sir, We’re Not Doing That Here…’

REPORTEDLY, on Monday Catholic League President Bill Donohue went on with Neil Cavuto to discuss the inferno at Notre Dame Cathedral. During their discussion Donohue brought up the recent vandalism on several French Catholic churches.

Catholic League President Bill Donahue was on with Neil Cavuto.

“Forgive me for being suspicious. Just last month a 17th century church was set on fire in Paris,” Donohue said, reciting the recent attacks on churches. “We’ve seen tabernacles knocked down, crosses have been torn down. Statues have been smashed.”

Neil Cavuto hung up on him.

Neil Cavuto Hangs Up on Catholic League’s Bill Donohue During Interview About Notre Dame
“Just last month, a 17th-century church was set on fire in Paris. We’ve seen tabernacles knocked down, crosses have been

ALAS, the anchor exposed himself for what he is: an overgrown man in sissy pants. But never mind. Besides, it should hardly come as a shock, that is, because an omerta has been handed down from atop FOX’s hierarchy of poohbahs, oops, censors: don’t “offend” Muslims/Islam! Period. 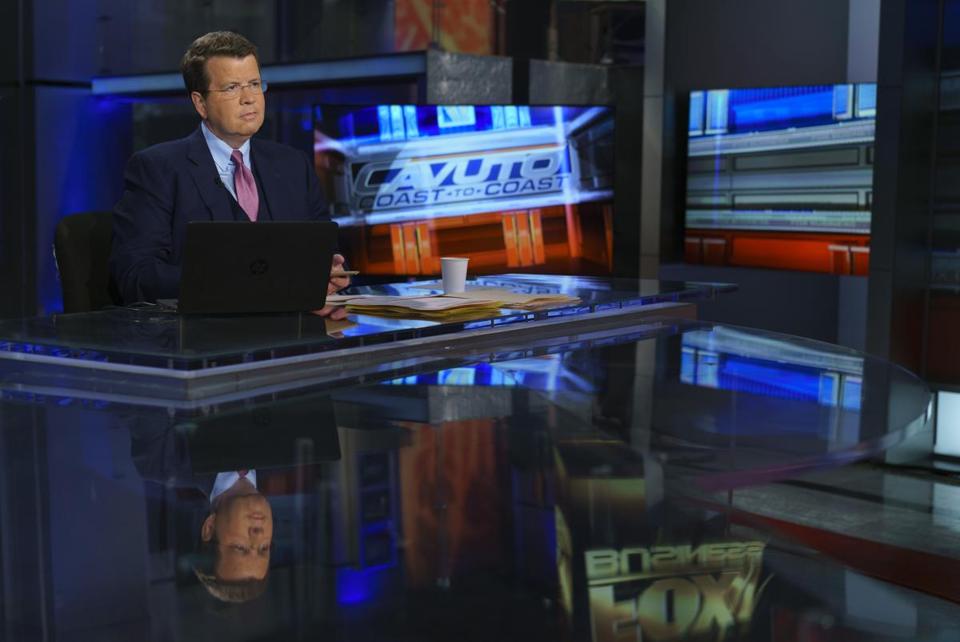 HOT on Cavuto’s heels, Shep Smith, another gutless FOX anchor, chimed in and reacted on cue:

Shepherd Smith on Monday was interviewing French official Philippe Karsenty, who said the cathedral had been there for 850 years and “even the Nazis didn’t dare to destroy it.”

“You need to know for the last year we’ve had churches desecrated,” Karsenty said. “Of course you will hear the story of the politically correct which will tell you it is probably an accident.”

At which point Smith cut him off with, “Not on my watch.”

However, police reported that in just one week in March, a dozen Catholic churches in France were vandalized, including by fire…..

AS always, denial is a river.

INDEED, after Judge Jeanine Pirro “dared” to point out the obvious re hijabi-wearing Islamist Rep Omar, guess what happened? FOX suspended, humiliated, and, effectively, muzzled Pirro (by extension, others alike) from ever touching upon Islamic truth-telling!

NATURALLY, the fact that FOX’s Muslim Producer, Hufsa Kamal Khan, was “offended”, and Neil Cavuto, Shep Smith, as well as Brett Baier flanked her (for political gain, but that’s for another airing), well, what else is there to say? 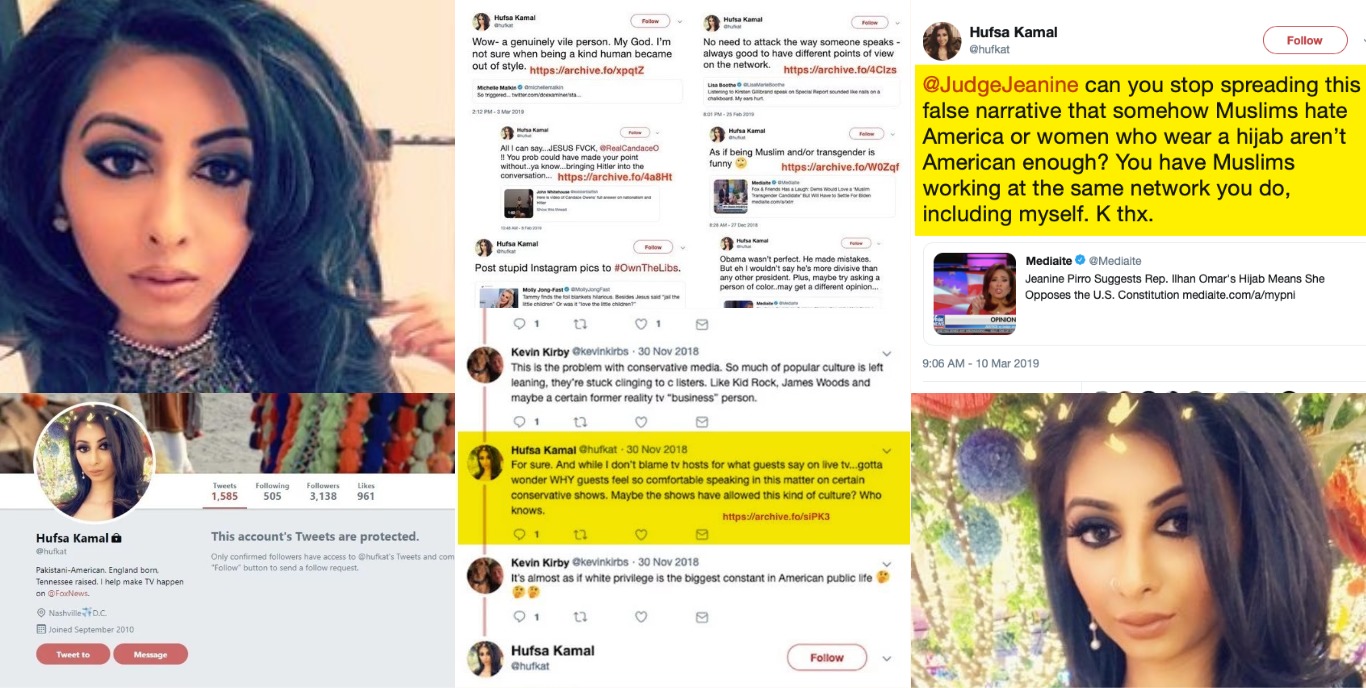 SO, once again, alternative media is consigned to execute the heavy-lifting – the role which should be played by the heretofore “third estate”, but no matter. Regardless, let’s get on with it.

RESULTANT, know that a preponderance of evidence leads in the direction of Islamic jihad – “offended” or not – and fire jihad was chosen as their most effective weapon to bring down Notre Dame!

Nearly 2,000 Christian houses of worship in France have been desecrated in the past two years, according to police. In Germany, there were four such incidents in March.

Some French politicians have attributed the church desecrations — averaging more than two a day — to “militant secularism.”

But in virtually every attack across Europe, writes Raymond Ibrahim for the Gatestone Institute, “authorities and media obfuscate the identity of the vandals.”

“In those rare instances when the Muslim (or “migrant”) identity of the destroyers is leaked, the desecraters are then presented as suffering from mental health issues,” he writes.

Ibrahim cited an analysis by the German website PI News that observed: “Hardly anyone writes and speaks about the increasing attacks on Christian symbols. There is an eloquent silence in both France and Germany about the scandal of the desecrations and the origin of the perpetrators.”

Jihadists linked to ISIS have shared a menacing image of Notre Dame in flames once more, warning: ‘Wait for the next’.

There is no indication that the fire was linked to terror but ISIS fanatics have          reveled in the damage to the 850-year-old landmark, a symbol of Western               civilization, just days before Easter.

The latest image, revealed by terror monitors SITE intelligence, hints at a               possible deliberate attack by ISIS-aligned militants in the future.

TO wit, in light of the disinfectants cited above, let’s just state the obvious: a preponderance of evidence leads straight back to here – guaranteed, jihadists burned down Notre Dame!! Mind you, the fact that one Islamic hydra or the other is not taking “direct credit” for the western catastrophe is neither here nor there. This is so because of another little known truth: sometimes they take “credit”, sometimes they don’t. It just depends. Think about it like this: certain times it serves their interests to send “messages”, but without staking claim. And being that a full-on admission could very well tip the scales against them – for the first time in, well, forever – isn’t “lying low” the best strategic option, just as long as western civilization burns to the ground? Of course.

BY the way, non-Muslim Americans are hardly out of the woods, so to speak. In fact, this past Palm Sunday, April 11 2019, Islamists vandalized a historic church in South Carolina, and it was hardly their first attack on an American Church – aside from all the attacks on synagogues and Jewish sites over the years.

A South Carolina church had three of its 125-year-old windows broken and was vandalized with Islamic-themed graffiti Sunday hours after celebrating Palm Sunday.

“Submit to God thru Islam” and “Muhammed is his prophet” were spray-painted on the outside of Midway Presbyterian Church, according to local police.

INDEED, coupled with the more than “coincidental” linkages within, internalize this too: symbolism IS key and core within Islamic culture, thus, Palm Sunday was their targeted day.

CONCLUSIVELY, how much more symbolic can it be that Notre Dame burned down during Holy Week; that it was the one month anniversary of the New Zealand mosque shooting, and, as it became engulfed, Muslims (all over the world) screamed: Allah Akbar, God/Allah is greater!!

A former chief architect and general inspector of French historical monuments has cast doubts on the official narrative that the Notre Dame fire was likely an electrical short that set the iconic cathedral ablaze.

Benjamin Mouton, who served as Chief Architect of Historic Monuments in France and oversaw restoration work of Notre Dame until 2013, says that it is highly unlikely an electrical short circuit took place, and that it would take an extraordinary effort to ignite the ancient oak of the cathedral.

“So, you’re telling us that this type of timber doesn’t burn like that?” Mouton was asked by an LCI host.“Oak that is 800-years-old is very hard – try to burn it,” Mouton said. “Old oak, it is not easy at all. You would need a lot of kindling to succeed… It stupefies me.”Asked to present an explanation for how the blaze spread so quickly and with such strength, Mouton asserted that there were no additional precautions that could have been taken to ensure such a “quick” incineration could be prevented.

“In the Nineties, we updated all the electrical wiring of Notre Dame,” Mouton said. “So there is no possibility of a short circuit. We updated to conform with the contemporary norms, even going very far – all the detection and protection systems against fire in the cathedral.”

Mouton also revealed that there are two watchmen on duty around the clock who monitor for any chance of fire, adding that the technical and security measures taken to protect monuments like Notre Dame are unprecedented.

More than a billion euros have been pledged to restore Notre Dame, which President Emmanuel Macron claims will be executed within five years.

THAT’s a wrap, for now. But don’t forget to listen to Lou Dobbs and his warning of a cover-up – a stand-out truth-teller who refuses to go with the herd, even at the now “silent” FOX News!