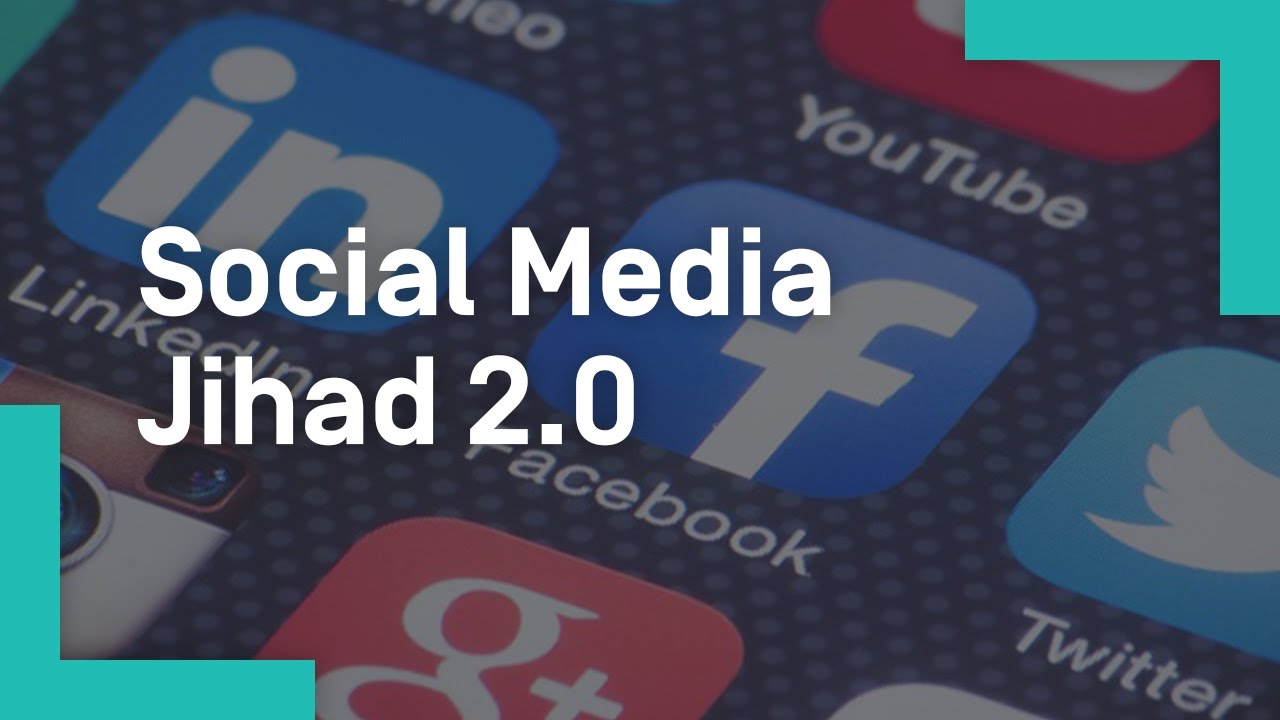 BY definition, certain endeavors are the product of necessity. Such is the case when a void is so obvious and compelling that filling in the gap, thus, stepping up, becomes obligatory.

IN this regard, upon finding out that every book on Facebook was designed as puff piece reading – in veneration of wunderkind Zuckerberg – let’s just say that it was necessary to spring into action. Hence, writing “BANNED: How Facebook Enables Militant Islamic Jihad” (released Sept. 2016) became a central mission and focal point; a labor of truth-telling, come what may.

IN a nutshell, with Facebook’s inception in 2004 and with Twitter’s follow-on in 2006, social media has become the go-to medium across the globe. And it is into this high-profile arena that the convergence of ever-present militant Islamic jihadis proliferate. Termite-like. In fact, social media and militant Islamic jihad are glued together like pigs to their shit. Inseparable.

NOW, as an acknowledged expert on this subject matter – alongside co-author Joe Newby – the aforementioned book is the sole source which dares to take on Facebook and its nexus to militant Islamic jihad. Not only that, forget about the lying mantras from Zuckerberg and his highly compensated hired guns, minions, yes, “Facebook wants to be “a hostile environment for terrorists.” The company’s director of policy said Facebook works “aggressively to remove terrorist content from our platform.”

BUT if it is still unclear as to the charge sheet that Facebook is a major purveyor of terrorist incitement and recipes for jihad, that’s okay. It is precisely why the heavy-lifting has been executed – with all due diligence via proofs that can be found throughout “BANNED”, satisfying a casebook with prima facie evidence. In tandem, adjunct commentaries can be accessed throughout this site. In turn, the reader will understand how (and why) the poisonous fruits of social media came to fruition.

Back in May 2014, a jaw-dropping article appeared at Examiner.com. It exposed the insidious danger, as well as the absolute double standard, inherent within Facebook. So much so, its moderators, its so-called watchdogs, punished the victims (for the umpteenth time) of DIRECT death threats from Allah’s Muslim Terrorists by removing their group page! Yet, murderous inciters were allowed to continue their threats, as if nothing happened! How can this be??

Is Facebook okay with death threats from Islamists? That’s the question administrators of “Islam Exposed” asked earlier this week. After administrators received a number of threatening messages, Facebook pulled the page, citing “harassment,” but restored the page on Tuesday, telling Examiner.com it “was removed in error.”

Administrators were extremely grateful to see the page restored, but questions regarding the threats remained. Would Facebook take action against those issuing the threats? The social media site did not say, but the group did not wait and filed complaints with the FBI.

“A single bullet will strike ur (sic) head one day [admin] from a jihadist. Insha-Allah,” one threat read. Another Facebook user with a Muslim name threatened to cut off administrators’ heads if they continued to post articles in a rant too profane to quote here. Yet another person threatened to blackmail one of the administrators.

“I am giving u (sic) warning,” said another person. “Stop this page.”

According to the group, one administrator received several threatening phone calls, with some including a Muslim prayer in Arabic. He reported it to the police, they said, but nothing was done. Just this week, they added, he received two threatening calls.

Adina Kutnicki, an investigative journalist based in Israel, said she has been harassed on Facebook by an individual she identified as Iranian Mohamed Erdem.

“Back off you satanist scum of the earth! You want war, war with me!” he told Kutnicki on Facebook. The threats she received from Erdem was so alarming, she added, that “heavy duty counter terror contacts decided to ‘check things out.’”

The face of another administrator was photo-shopped into a Nazi uniform and added to a Facebook post intended to incite harassment. Another picture depicted Kutnicki superimposed on a nuclear mushroom cloud with a warning that Israel would be destroyed and wiped off the map.

All of these incidents have been reported to Facebook, they said, but the social media giant has so far done nothing. Instead of punishing those actually making the threats, Facebook responded by retaliating against the victims. Unfortunately, this is not all that uncommon.

Last August, for example, we reported that a conservative female said she was targeted with explicit threats of death and rape from users with Muslim-sounding names, but Facebook dismissed them. According to that user, Facebook responded with a private email saying they could not confirm the threats violated their community standards. One threat reported to Facebook was quite specific: “We will kill you.”

At the time, Facebook told The Blaze it not only supports freedom of speech but enforces its standards uniformly across the board.

“We review every piece of content that is reported to us or flagged in the system and each one is held to the same exact standard – as is every person who uses our service and we will enforce our Statement of Rights and Responsibilities equally,” a Facebook spokesperson said.

But the administrators we spoke to — along with many hundreds of others who have reached out to Examiner over the last two years — dispute that. For Kutnicki and others, the issue is Facebook’s willingness to turn a blind eye to those who attack Jews and Israel while hammering anyone who even mentions Islam in a post.

MORE specifically, Chapter Seven of “BANNED”, “Facebook’s Counterterror Efforts: Closing The Barn Door After The Horses Have Escaped” , eviscerated their so-called claims to “aggressively remove terrorist content from our platform.” Its basis begins on page 99 – 114:

Non-tainted investigative journalists have hardly been impressed by Facebook’s implementation of a so-called “counterterrorism squad.” In a word: hogwash. This author’s counterterror and counterintelligence sources are equally unfazed. One such PR report, titled, “Facebook vs ISIS: Inside The Tech Giant’s Antiterror Strategy, is excerpted below….

RESULTANT,  it should hardly be unexpected that murderous exhortations throughout Palestinian social media (with Facebook and Twitter heralding the lion’s share) and attendant Islamic forums glorified (once again!) the slaughter of a family of Jews, all for the “crime” of being Jews! The ongoing incitement to murder Jews, wherever they are, has been a staple of Facebook and Twitter since their debuts. In general, each and every infidel alike.

Palestinian social media users, along with some in the larger Arab world, praised the brutal Palestinian terrorist attack in which three members of an Israeli family were murdered on Friday night during a Sabbath meal in the town of Halamish west of Ramallah.

Palestinian journalist Yasser Zaatreh wrote, “Yesterday was one of Palestine’s biggest days, starting with a day of rage that boasted the blood of three martyrs and ended with a heroic act that hurt the invaders. This is the land that Allah blessed.”

Twitter user Shadow Night Thanks wrote, “With the help of Allah the next attacks will be more severe. May Allah multiply these attacks.”

Zakaria Mustafa wrote, “Thank Allah, the God of the world. This will happen to those who remain (of the Jews).”

The Angel of al-Aqsa made do with the words, “Long live the perpetrator of the attack.”

Zizo Yomna wrote of the assailant, “May Allah protect him from all evil.”

Another Twitter user wrote, “Allah was merciful to our martyrs. And in all regards to the Zionist Pigs, Allah will throw them into hell.”

The victims of the attack were identified as Yosef Salomon, 70, his daughter Chaya Salomon, 46, and son Elad Salomon, 36.

The perpetrator was identified as 20-year-old Omar al-Abed, from the West Bank village of Khobar, near Ramallah.

A post on Abed’s Facebook page says that he was motivated to act in response to the ongoing situation regarding the Temple Mount.

The posted stated, “I have many dreams and I believe they will come true, I love life and I love to make others happy, but what is my life when they (Israel) murder women and children and defile our al-Aqsa.”

EVEN so, despite more than enough evidence to bring social media to heel, the fact remains that Congress has shielded them from responsibility and culpability.

THIS is mostly due to the out-dated twenty-year-old Communications Decency Act of 1996, 47 U.S.C. 230, a law which didn’t envision social media, never mind its global impact! As noted, Facebook didn’t come into being until 2004, with Twitter two years later. Accordingly, Facebook can operate sans government oversight, completely unfettered. Furthermore, the Court held, under the policy of the U.S. as represented by Congress, it must provide an environment free of Federal and State regulations and restraints.

O RLY? Since when can any entity – let alone one which is akin to a government onto itself – operate like the wild west without any oversight?

Kutnicki and Newby could have wished for no greater affirmation of the urgency and gravity of the subject they focus on, than the somber caveat, issued by the left-leaning, former head of Israeli military intelligence, Maj. Gen. (res)  Amos Yadlin, which the authors refer to in the course of their threat analysis.

Speaking at an international CyberTech Conference at Tel Aviv University, in January this year on what comprised the major threat facing Israel today, Yadlin warned: “The most dangerous nation in the Middle East acting against Israel is the state of Facebook”. Pointedly he added: “It has a lot more power than someone operating a military force”….

IN other words, the argument that free speech – the cornerstone of a free society – must be tolerated at all costs is itself intolerable in a civilized society. It ceases to exist, to enjoy protection, when criminal incitement to terror begins!! All rational folks understand that certain red lines must never be crossed. Yes, for instance, would yours truly be allowed to solicit the murder of Zuckerberg, et al. and expect not to be hunted down by the authorities? Of course not.

EFFECTIVELY, as recommended and detailed in “BANNED”, unless the entire Act is revamped to conform with the dangerous reality which has transpired since social media’s inception, to expect Zuckerberg and like-minded crew to police themselves is akin to placing one’s faith in foxes to guard the hen-house – and worse! Indeed, it is no different from closing the barn door after the horses have escaped – the most wild ones at that!

MOREOVER, who can possibly trust Zuckerberg to do the right thing, after he was caught on an open microphone promising to stifle negative stories of Islamic  “migrants”, aka “refugees”, invading the west ala an Islamic hijrah? Atop it, he recently promised the world’s Muslims to make his site an open and welcoming place for them. Hmm.

BUT as “BANNED” illustrated, Facebook has already been doing that. In the process, the company has falsely accused many users, banning them from certain features on the flimsiest of contrived “evidence”, and has torn down pages over patently false claims and claims that are questionable at best. Many of these actions have caused financial losses, but it seems America’s legal profession has been cowed into acquiescence by the company’s sheer size.

SO, dear reader, you decide: with Facebook in the forefront and Twitter as its runner-up, are they guilty – or not – when murderous incitement runs rampant throughout their sites? And, as a knock-on effect, rivers of blood flow unimpeded due to their policies: hands off Mohammedans!!

3 thoughts on “The Poisonous Fruits of Social Media: Mohammedans GLORIFY Jew-Killing;The Slaughtering Of Infidels! What’s To be Done? Commentary By Adina Kutnicki”