SEPARATING the forest from the trees is hardly an easy feat, even for some experienced types. All the more so, when mega influencers incite and inflame against the public and civic order (their current goal is to overturn the results of a democratic election, as well as to destroy traditionally held social policies which they find enraging), incontestably, they are crossing a multiplicity of legal lines, albeit less than six degrees separated from those who are literally setting the fires!

STIPULATED, it is understood that there is an absolute right to protest and it is guaranteed by the U.S. Constitution. More specifically, demonstrations are a basic sign of a healthy and functioning democracy. Incontrovertibly, it is not the case that citizens (from either side of the ideological/political divide) are free to do so violently – emphasis placed.

Congress shall make no law respecting an establishment of religion, or prohibiting the free exercise thereof; or abridging the freedom of speech, or of the press; or the right of the people peaceably to assemble, and to petition the government for a redress of grievances.

BE that as it may, armed with this brief backdrop in mind, it is no longer a question of whether or not “fakestream” media in general or social media in particular is driving the (disinformation) train. That ship has sailed!

As I predicted last night, the shooters in the Quebec mosque attack are Muslim, as is generally the case in these circumstances. The jihadis were shouting “Allahu akbar” as they gunned down men worshiping at a Quebec mosque.

One of two gunmen who shouted “Allahu akbar!” as they opened fire at a mosque in Quebec City was of Moroccan origin, a witness and local media reported Monday, revealing the first details about the attackers in the massacre that killed six men. Was it Sunni versus Shia? Or disgruntled mosque attendees?

It’s safe to say Alexandre Bissonnette is a Muslim convert. They should be using his real name, his Arabic name.

The Islamic supremacists and their leftist lapdog apologists who blamed Trump and “islamophobia” are further revealed for the liars and dissembling that they are.

OH yeah, on a positive note, the wholly fabricated “white supremacist” narrative hoisted the leftist “fakestream news” site, the Daily Beast, on its own petard!

Not long after publishing a grave warning of the consequences of “fake news,” the Daily Beast news website fell for a fake report claiming two “white supremacists” were in custody after the mosque shooting in Quebec on Sunday in which six people were killed.

The news site picked up on a fake news story spread by a parody Twitter account that it mistook for the newswire Reuters, Breitbart News reported.

The Daily Beast reported: “Police said two suspects were in custody after the attack. They were identified as white supremacists ‘David M. J. Aurine’ and ‘Mathieu Fornier,’ according to Reuters. This is not the first time the mosque has suffered from a hate crime. In July, a pig’s head was left at the mosque.”

The Daily Beast’s source, @ReutersBrk, posted the false account with the heading “Reuter New Braek” next to a Reuters logo that was missing the “s” in Reuters.

The Daily Caller noted the Daily Beast has been a frequent critic of the “fake news” phenomenon.

The article warned of “the dangers of fake news, wherein unfounded accusations are shared rapidly on online forums and social media among people unable or unwilling to distinguish between rumor and fact…..”

FOR heavens sake, even Dubai’s (Muslim) Head of Security internalizes what’s what, agreeing that taking in any so-called “refugees” from jihadi nations is beyond insane. No kidding. As to any court injunctions, well, they too are out of bounds, regardless of how many pretzel-like legal contortions they cook up to render their verdict(s)! As an aside, this is precisely what transpired re Obamacare, when a pre-judged political outcome became their driving legal basis. Damn them all.

ALAS, truth-in-reporting ala due diligence is no longer even a pretense among the so-called media complex. In actuality, let’s call them what they are: “credentialed” propaganda spin-meisters. Whores.

IN fact, Facebook  – aka “Fakebook” – has already proven to be the titular enabler of the gravest menace to western civilization, Islamic-driven jihadi terrorism. Case closed.

WHICH brings us to the latest plague heaped upon the nation’s pubic and civic order via social media’s megaphone – that which has ratcheted up to an exponential degree – since President Trump’s stunning victory over crooked Hill, the Demster of all Demsters!

SO the question becomes: how is it possible that a continuous list of elected officials (those who are ideologically bent toward America’s disintegration) can get away with calls to disobey the laws of the land and worse? Rhetorical.

Addressing concerns over “potential raids of our communities by Immigration and Customs Enforcement” which are rumored to occur this week, district four city council representative Gregorio Casar released an infographic informing illegal aliens how to defy federal law enforcement.

In a Facebook post Thursday, Casar said he could not confirm whether the rumored raids are actually taking place, but warned that “such assaults on our community are imminent given the anti-immigrant hate of our federal administration.”

City of Austin leaders were already under pressure from both state and federal officials over a sanctuary city policy enforced by a Travis County sheriff, who refused to comply with immigration orders.“Trump and his allies will do everything they can to divide Americans, invoke fear in vulnerable neighborhoods, and demonize an entire community of people,” Casar claimed. “For this reason, we are sharing know-your-rights materials with our constituents, and posting them here.”

The governor’s latest efforts include the cancellation of $1.5 million in state funding to the Travis county sheriff’s office, and support for a new law (SB 4) which would issue “stiff penalties” to “Sanctuary cities….”

IPSO facto, not only is a city council member from a major city (for that matter, any sized city) encouraging and inciting illegals, but Facebook has zero problem hosting Gregorio Casar’s lawbreaking! Again, the fact of the matter is that Zuckerberg’s behemoth is deeply in bed with illegals and Islamic jihadists, as are Twitter’s honchos – all denials notwithstanding. No doubt.

“I know Jay proud of me, he put this ’round my neck / And I might just kill ISIS with the same icepick / That I murder Donald Trump in the same night with.”

“I know Jay proud of me, he put this ’round my neck / And I might just kill ISIS with the same icepick / That I murder Donald Trump in the same night with.”…wow, if that ain’t jail-worthy….don’t know what is!)

PAR for the radical course, another Black militant gangsta heard from!

ADDING onto the anti-American heap, once again, leftist “religious” apologists come to the aid of Islam’s barbarians! Dear G-d, have mercy! 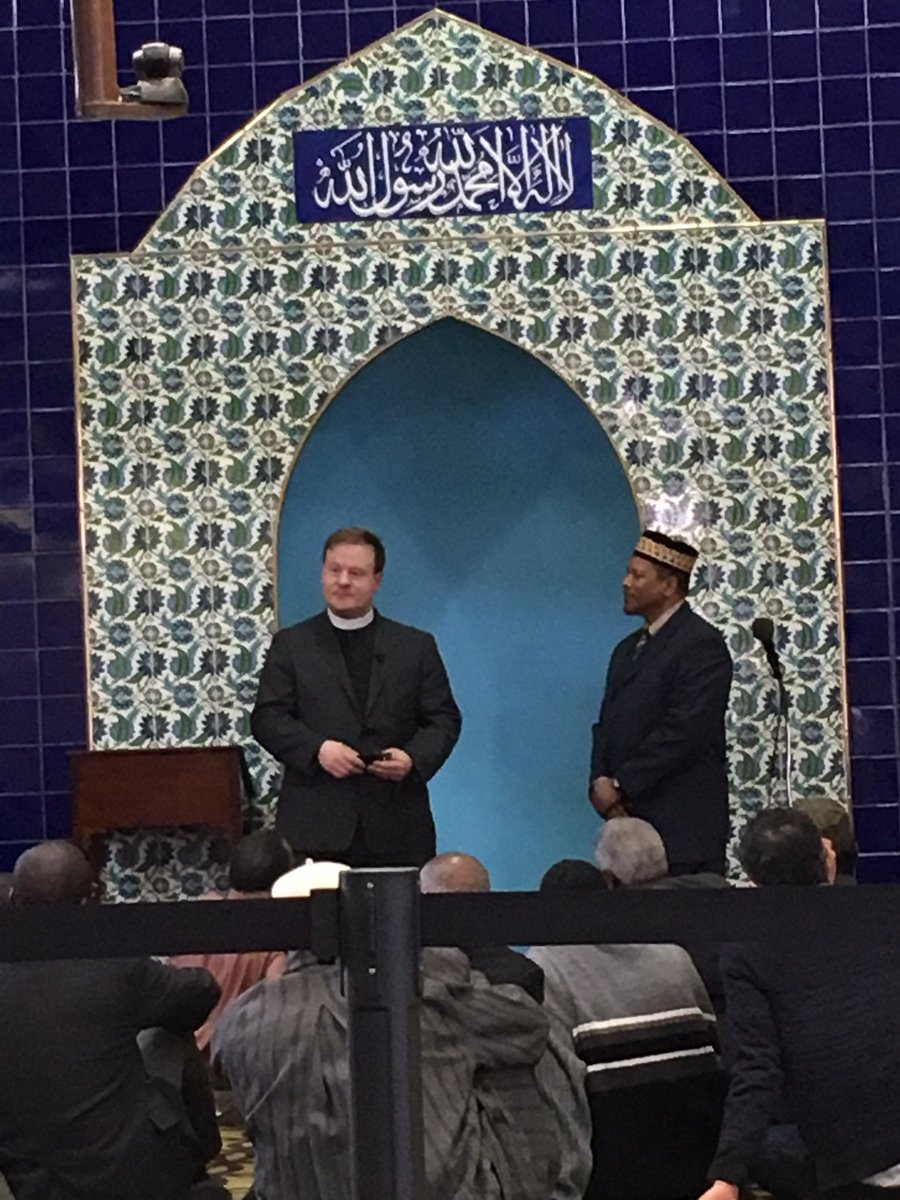 “Christian brothers and sisters know that the narrative going around about Islam isn’t true. Love is greater than fear.” #WeAreAllAmerica

TO wit, as night follows day, isn’t it obvious how Islamic supremacists and totalitarian revolutionary leftists – via their lock-step media surrogates – are able to creep America toward civil war? Concomitantly, isn’t it clear that calls to slaughter White folks should land their violent asses in jail? If not, why not?

The Borg-like collective known as the modern American left is continuing to melt down over the election of President Donald J. Trump.  During a weekend protest in Seattle, an activist associated with Black Lives Matter engaged in an extremely profane rant, calling for murder and included a not-so-subtle threat against the current administration, according to the Daily Caller.

Here’s just a few of her statements, edited for content:

HOW many exhortations to murder President Trump are considered “tolerable”, again, with Facebook and Twitter in the forefront?

In the 12 days since Donald Trump took the oath of office, a steady stream of social media posts have called for the new president’s assassination.

The posts are pretty basic and many are jokes or sarcastic or hyperbolic — but there are a lot of them. In a Dataminr search of Twitter posts since Inauguration Day containing the phrase “assassinate Trump” more than 12,000 tweets came up.

The U.S. Secret Service, however, or even Twitter and Facebook themselves, doesn’t seem to be jumping onto many of these posts. When we asked several users about their recent “assassinate Trump” posts, all of them said they hadn’t been contacted by anyone about their post and they all remain up.

An Ohio man tweeted several messages about killing Trump on election night, according to NBC News. The Secret Service questioned him the next day and he was charged with making threats to the then president-elect…..

The U.S. Secret Service could not be reached for official comment about how they handle social media posts threatening to assassinate the sitting president.

Yet thousands of posts that use the words “kill” and “assassinate” remain up — most of them targeting the president no less. The platforms can’t seem to keep up with the influx of death threats and don’t seem to be upholding their own policies as strictly as they would like….

CONCLUSIVELY, the fact remains that even when the truth is staring “fakestream” media in the face, their megaphones are obsessively fixated on upending western civilization. Edging the nation toward civil war, and with murderous incitement toward President Trump and everyone else who stands in their way, isn’t it time to seriously fight back?

YES, this is war!