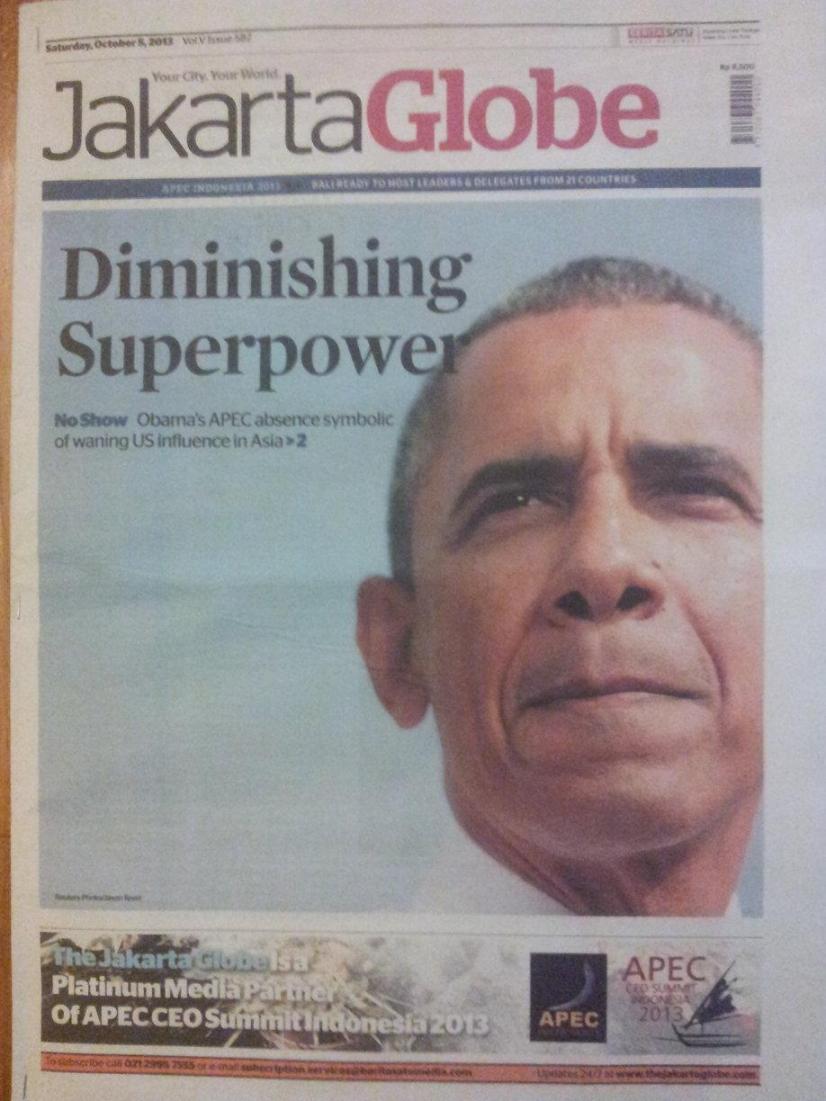 GIVEN that America is currently viewed as the waning (heretofore) superpower of the free world, it is urgent to resuscitate it to its former standing. Civilization-shaking. Basically, few would disagree with said tragic, albeit realistic, diagnosis, other than those who wish America and Israel ill will. Both nations are parallel bookends to western civilization via Judeo-Christian values.

IT is into this earth shattering moment in time that Professor Paul Eidelberg’s sage wisdom and advice enters the fray. His unparalleled prescriptions to return America (with knock-on effects to Israel) to its rightful place is borne via a profound understanding of America’s founding principles and founders. Framers. He is the “master” of this domain, resultant, this investigative journalist is grateful that he is one of a core group of associated experts attached to this site.

AS to Islam, well, his groundbreaking policy paper, Islam and Blood, attests to the same efficacy. Presenting…

Rescuing America and Israel from Obamanism

(Author of A Discourse on Statesmanship)

In his First Inaugural Address on January 20, 2009, President Barack Obama declared that America is “a nation of Christians and Muslims, Jews and Hindus, and non-believers.” However, authentic Islam regards all non-Muslims as “infidels,” indeed, as “apes” and “pigs.” Moreover, Islam regards all women as mere sex objects. Furthermore, so perverse and monstrous is the Islam’s fixation on lust that Ayatollah Khomeini endorsed instructions to bestiality and necrophilia.

Consideration of these sources must modulate any realistic American and Israeli foreign policy.

Given the nature of Islam as displayed in these Quranic sources, the election of Barack Obama, a self-professed Muslim, is of world-historical significance. His having been elected twice as President of the United State by a substantial majority of American voter signifies the decay, and perhaps the ultimate demise, of, America, the only nation that can curtail the ongoing spread of international anarchy and prevent the global ascendancy of totalitarian Islam.

Islam has a burgeoning population of 1.5 billion Muslims whose only salvation – and perhaps that of Western Civilization – consists in the renunciation or evisceration of that politicized religion, which sustains the power structures of some fifty Islamic regimes – a fact that augments the power of Barack Obama.

A clear and most ominous sign of things to come appeared the day before Obama’s first inaugural address, when he brazenly said he would bring the American people a new Declaration of Independence, one that will be free of petty thinking, prejudice, and bigotry!

In view of what this monumental arrogance portends, let me say before writing another word, that more and more Jews are going to leave America, in consequence of which, ten unopposed Donald Trumps could not put the America’s humpty-dumpty economy together again.

America cannot survive, let alone prosper, without the creativity and versatility of her Jewish population. (Contrast the regimes whose subjects bow to Mecca, while Obama is doing everything to disembowel – let others say “mongrelize” – America.

That Obama is of dubious American birth, that he may lack solid legal grounds for occupancy in the White House, or that he merits impeachment, is beyond the purview of this article. More pertinent is the fact that Obama’s father was a Muslim. Since Islam prescribes patrilineal descent, hundreds of millions of the world’s 1.5 billion Muslims regard the President of the United States as one of their own, even though his dubious profession of Christian faith makes him an apostate, to put it kindly. Truth be told, the President of the United States is a pagan (and not a very refined one). This is the said reason why Obama is a visceral hater of Jews, whose ethical and intellectual monotheism since Sinai made them the greatest enemies of paganism.

That Obama scorned the American Declaration of Independence only proves that he has no serious attachment to the Judeo-Christian ethos. No one should be surprised by his pagan attitude toward same-sex marriage, a derivative of his moral relativism, the doctrinal basis of egoism, and of Obama’s notorious narcissism. As the psychiatrist Max Nordau shows in his book Degeneration, moral relativism fosters egoism, hence the narcissism all-too-conspicuous in Obama’s face and intolerance of criticism.

Not only Arab leaders despise Obama. So do European leaders, even though they share his multicultural moral relativism. This university-bred doctrine has made Europe a motley group of post-Christian nations. Europe’s declining birthrates and its mushrooming plague of mosques is poetic justice;  payment for Europe’s deeply ingrained Jew-hatred culminating in the genocide of the Nazi holocaust. Europe has earned the curse of Islam. However, the Death of Europe calls to mind Iran’s malediction of Death to America, and this we must prevent.

Jews are fleeing Europe. Their only refuge is Israel. This should reverse Israel’s inane policy of territorial contraction called “land for peace.” Israel is now in a race for time quickened by Obama’s green light to a Nuclear Iran.

What might a fearless, discerning Prime Minister of Israel do in this “moment of truth,” which, if ignored or treated in conventional ways, promises the death of Western Civilization? Death is what Obama’s hatred of Israel and America portends.

Needed in radical times like these is radical political thought. Here is something to exercise the minds of political analysts who are more than politically correct academic scribblers.

Assume that Israel’s mellifluous and intelligent Prime Minister, Benjamin Netanyahu, is not the fortuitous but the providential antithesis of America’s clueless, teleprompter President, Barack Obama. From this apolitical starting point, let us go on to say that Israel’s Jewish Prime Minister is mysteriously prompted to act on the not very mysterious idea that Israel’s, as well as America’s salvation (which Obama has systematically sought to undermine), demands the initiation of a comprehensive strategy whose implementation requires the highest qualities of statecraft, qualities which have mysteriously surfaced and inspired Mr. Netanyahu.

And although, unlike Abraham, we have not been “called” to take this new path, let’s ignore the idolatry of conventional wisdom and, like Abraham, think for ourselves about what Israel would do if led by a farseeing and intrepid Prime Minister who knows that, from a naturalistic point of view, time is running out, and that like Nachshon, he will have to jump deeply into sea to win a miracle, such as that which was won in Entebbe.

First, Israel must be ready to neutralize Iran by a preemptive strike of Iran’s command and control centers.

Second, Israel must be ready to employ the technical means of overriding the electronic guidance systems of enemy missiles.

Third, the Israel Defense Forces must simultaneously eliminate the threat from Hezbollah in Lebanon, which Iran has supplied with thousands of rockets via Syria. (Israel is in a race against time.)

Fourth, Israel must take steps to accommodate, in Judea and Samaria, Jews fleeing from the Jew-hatred spread by Europe’s burgeoning Muslim population, as well as by Obama’s pro-Muslim appointments to U.S. government agencies. This will require Israel to (1) eliminate the Arab terrorist cells in Judea and Samaria (J&S); (2) impose Jewish law over this ancient Jewish land; (3) pass a “homestead” act in J&S making parcels of this land available at a minimal price to 50,000 Jews from Israel’s crowded cities, linking this to the settlement of another 50,000 Jews from abroad, with a view to promoting their mutual assimilation and Jewish national unity; (4) promote urban development in Judea and Samaria to which American capital investment should be encouraged arrangements favorable to investors and developers.

REST assured, the health of a nation is predicated upon several lynch pins. At its core, the views held toward personal responsibility impinge upon the value assigned to freedom and liberty. In turn, a “contractual” understanding exists, one in which the role of the government becomes limited, juxtaposed against it being both parent and guide.

IT is this tug of war, push and pull, which the likes of totalitarian leaders akin to HUSSEIN Obama and his Islamic counterparts join hands, aside from other factors. And if history is any guide, successful nations, like America and Israel, internalize the above divergences verily well.

AT the end of it all, sach ha’kol, it is up to freedom seeking people – within America and Israel – to decide which fork in the road they will take. Either way, sacrifices will have to be made. Yet, the costs of inaction will be much more burdensome and onerous, and they will reverberate for generations to come.

NOT only that, history will be very unforgiving to those who remain silent. It is agreement. Step up. Time is of the essence!

12 thoughts on “Rescuing America and Israel from Obamanism. What’s To Be Done? Commentary By Adina Kutnicki”