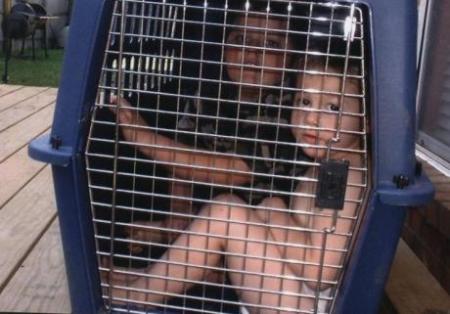 LEAVING aside the fact that the scourge of pedophilia is alive and well in the west, it must be recognized that a preponderance of westerners are beyond outraged by said criminal and vile behavior.

BASICALLY, citizens depend upon the legal system (for the most part) to mete out the prescribed punishment. If not, there are other methods to deal with “delicate” situations. Let’s just leave it at that. Be that as it may, child molesters are considered the lowest form of pond scum, even within the hardened prison population!

THAT being established, it is also the case that radical leftists are deeply pushing to “legalize” sex with kiddies. Yup, this is a tragic fact. Regardless, don’t let their twisted thrust into the kiddie playground pass under your radar. Stay hyper-vigilant. Protect the children at all costs, emphasis placed.

IN any case, let’s segue to Islam’s cesspool of perversions, and they are aplenty!

CATEGORICALLY, it is an absolute fact that Islam upholds sex with children and the most vile (mis)treatment of women. They go hand-in-glove. Patience, dear readers.

FUNDAMENTALLY – for added context re the shielding of sexual crimes under Islamic Law – the western world must internalize how women are really viewed within the Islamic world, in order to understand why children are treated as little more than objects for sexual releases. Cause and effect.

SO, aside from what is already self evident, how about this: indeed, women’s existence is against Islam, so sayeth the council of Islamic ideology! Really.

YET, if the above is more than a rational mind can bear, sorry, we are just getting started. Yes, this too must be recognized, to understand the catastrophic dangers facing the west, as Islam encroaches within its borders: an Islamic fatwa “koshers” the sale of kiddies and wives!

NOT only that, aside from the sexually gratifying component (free of guilt from the prohibition of pre-marital sex), countless jihadi women are completely ready to bed AND roar, all for the sake of satiating their monstrous Allah! Monstrous Islam.

STILL, despite the absolute Koranic dictates to kill all infidels, including Muslims deemed apostates, the fact of the matter is that there are sexual roots endemic in “jihad by sex”. In other words, Muslim women, while valued as chattel, are starting to roar, not away from their suppressors but towards jihad! Go figure.

SAY what? Well, jihad is inextricably linked to repressed sexual rage within the Islamic male psyche, defining their relationship to women. And this is not psycho babble. Simply put, the women are getting with the program.

RESULTANT, in light of the above, it makes entire “sense” for “sex by jihad” to become the new rage!

Muslim Terrorists In Iraq (ISIS) Issued A Decree Ordering All Families To Send Their Unmarried Women To Participate in “JIHAD BY SEX”!

AND intertwined into this Islamic madness, we still need to deal with Islam’s absolute support of pedophilia, as it links back to the Madonna-Whore Complex. This is irrespective of said sexual diagnosis within non-Muslim males.

DEFINITIVELY, the normative legal classification of the crime of pedophilia is very clear and without ambiguity. It specifies sexual engagement – direct contact with males or females – who are under the legal age of consent. Child molestation is its cornerstone.

IT matters not a whit that the medical community has labeled it a “disease”, as has been done with addiction, specifically alcoholism. In others words, when material harm is caused to another, it is neither here nor there – to the victim – what labels are used to “explain” away ones actions.

NOW, no one who is honestly familiar with the “Black Heart(s)” of Islam can deny: its underpinnings support the most heinous crimes imaginable. That too is a fact.

BUT to understand the latest Islamic fatwa (فتاوى ) found below, is to also recognize what it means, both from an Islamic jurisprudence rendering and a cultural perspective.

INTRINSICALLY, while sex with children has always been an Islamic “norm”, the fact that it is now underpinned by an Islamic ruling via a MAJOR legal decision, well….

You should know that the “religion of peace” says it’s perfectly okay for an adult male to “marry,” that is, rape the girl.

BUT if the above isn’t sickening enough, let’s connect the dots which allow for Islamic pedophilia via its intersection with the Madonna-Whore complex.

PRAY tell (as an aside), a shower is certainly on tap, but only after this analysis is wrapped up.

MOVING right along to the Madonna-Whore complex, and its nexus to pedophilia…

Muslim terrorists wage jihad against infidels chiefly in response to injunctions communicated via the Koran and Islam’s other authoritative texts. There are, however, also some noteworthy psychological and anthropological factors in play. Of particular interest is the relationship between the widespread physical and sexual abuse of children in Muslim society, and Islamic terrorism.

In her book, The Sheik’s New Clothes: the Psychoanalytic Roots of Islamic Suicide Terrorism, the Minnesota-based psychoanalyst and Arabist Nancy Kobrin and her Israeli co-author, counter-terrorism expert Yoram Schweitzer, describe barbarous family and clan dynamics in which Muslim children, both boys and girls, are routinely raped, orally and anally, by male relatives; where infant males are sadistically over-stimulated by being masturbated; where boys between the ages of 7 and 12 are publicly and traumatically circumcised; where girls are clitoridectomized; and where women are seen as the source of all shame and dishonor and are, accordingly, treated very badly.

According to Dr. Kobrin, both male and female infants and children are raised by mothers who themselves have been debased and traumatized. As such, all children areforever psychologically “contaminated” by the humiliated yet all-powerful mother. Kobrin further explains that Arab and Muslim boys seek to disassociate themselves from their mothers in spectacularly savage ways; that, on a deep unconscious level, they may also wish to remain merged with the source of the contamination; and that suicide bombers act out this conflict when they kill their presumably most hated enemies, the Israeli Jews, who may actually function as substitutes or scapegoats for an even more primal enemy that is both loved and hated: Woman.

TO wit, most of us understand the indelible scars perpetual abuse sears upon ones psyche; its life-long impact. It is unlike the made up out of whole cloth blatherings, the “devil made me do it” lie.

THUS, Muslim men who are violated from childhood and onward (by their mothers and fathers) and have nowhere to turn to for help, are ripe to become ticking time bombs. And when sexual overstimulation/violation – starting from infancy – is viewed as an “acceptable norm” within cultural dynamics, is it any wonder that Islamic men (and women) are ready and willing to explode themselves (and take others down with them) for the sake of (their pagan) Allah, whose Koran promises otherwise forbidden delights as gifts for their “martyrdom”?

The Quran contains many verses that stress the importance (and the nobility) of jihad. For example:

What makes a young Muslim man (or woman) strap a high explosive vest on his chest and blow himself to smithereens—in Israel, for example? They say, it is for establishing a better world. It  is against Israeli “occupation.” Is it his frustration? Is it the $25,000 the family receives for Jews successfully murdered? Or is it the Quran [Koran] … the holy book of Islam!

Years ago, the Prophet Mohammed cleverly devised a devilish scheme to bribe Arabs into committing hideous crimes by promising them materialistic things which they couldn’t obtain in the harsh desert. The Quran exhort Muslims to sacrifice themselves in suicide-bombing style in order to gain access to Islam’s Paradise—a better world in the next life:

[Quran 9:111] Allah hath purchased of the believers their persons and their goods; for theirs (in return) is the garden (of Paradise): they fight in His cause, and slay and are slain:

Mohammed knew that sex would sell very well among the group of his lecherous followers who were motivated to fight battles by the promise of sex slaves and booty. Once the followers got to heaven, they could pleasure themselves with endless sexual encounters with ‘Houris’ (beautiful young virgins)… 72 virgins girls and 28 young pre-pubescent boys. Mohammed goes one step further and expands the promise of virgins to include a free sex market where there is no limit of the number of sexual partners. Women and young boys are on display as if in a fruit market where you can choose the desired ripeness. Allah is indeed merciful!

Koran 78:31
As for the righteous, they shall surely triumph. Theirs shall be gardens and vineyards, and high-bosomed virgins for companions: a truly overflowing cup.

Koran 37:40-48
…They will sit with bashful, dark-eyed virgins, as chaste as the sheltered eggs of ostriches.

Koran 52:17-20
…They shall recline on couches ranged in rows. To dark-eyed houris (virgins) we shall wed them…

Koran 55:56-57
In them will be bashful virgins neither man nor Jinn will have touched before. Then which of the favors of your Lord will you deny ?”

Koran 55:57-58
Virgins as fair as corals and rubies. Then which of the favors of your Lord will you deny ?”

Koran 56:7-40
…We created the houris (the beautiful women) and made them virgins, loving companions for those on the right hand.. ”

Koran 55:70-77
“In each there shall be virgins chaste and fair… Dark eyed virgins sheltered in their tents whom neither man nor Jin will have touched before..

WE are not done yet…since we already dealt with the underpinnings, let’s get down to brass tacks; the “pricing”:

The Islamic State (IS/ISIS) has put captured female sex slaves from Iraq’s ethnic minorities on sale and has also released a price list based on age. According to a document issued by the ISIS, Christian and Yazidi girls, between 1 and 9 years old, are up for grabs for $172. Girls that are 10 to 20 years old are sold for around $129, while those 20 to 30 years old are sold for about $86. ISIS sex slave prices for women that are 30 to 40 is about $6 and for those 40 to 50, it is $43. Slaves are not listed as women – they are labelled as Merchandise.

Price List–Sale of Booty
We have been informed that the market for sale of women had been witnessing a reduction in price which effects the needs for the Islamic State and the funding for the Mujahideen. For this, the commerce department had decided to set a fixed price regarding the sale of women. Therefore, all auctioneers are to abide by this and anyone who breaks the rules will be executed.

The terrorist organization, that has full-fledged slave markets in Mosul, Iraq and Raqqa, Syria, has cited Islamic theology to justify its kidnapping of women as sex slaves. In October 2014, the Islamic State, in an article in the fourth edition of the ISIS English-language digital magazine called Dabiq, claimed that Islamic law permits its fighters to take religious minority women as concubines.

CONCLUSIVELY, it must be stated for the record: ISIS is not alone in its violation of kiddies and its captured female booty. Not at all. In fact, they are doing precisely what their “prophet” demands of them, and what he did during his lifetime – for Allah’s-sake!

ISLAM’S sexual deviance is what it is, and wholly “understandable” being that it was founded by a pedophile!

YES, to understand how the “religion of peace” cons the world, the following will be edifying. Its satire-like tack is decidedly on target.

12 thoughts on “Islam’s Pedophilia Fetish: Pricing Sex With Kiddies, Its Intersection With The Madonna-Whore Complex…Commentary By Adina Kutnicki”