WHILE the west’s captured media plays quarterback for their respective political leadership, Islam’s soldiers march inside its gates. Literally. We will get to that.

AS always, when tolerance of others becomes confused with (im)moral relativism, hellish outcomes are never far behind. Cause and effect. This is precisely the case when Islam’s barbarians are given any quarter within the west. A choke hold.

AND for those who are still doubtful, relative to the aforementioned calculus, perhaps a slap…or two…across the face is in order. Alternatively, ask yourselves: what are the chances that those who slaughter in the name of (their pagan) Allah, even ratcheting up to chain saws, won’t execute the same jihad inside America (west) at the very first opening? Can you just picture all the flying heads?? You better.

THUS, along the same minefield’s trajectory, ISIS (and associated Muslim Brotherhood terror offshoots, as well as their Shia co-Islamists) will stop at nothing to gain global dominance. That’s their plan. Never forget this.

BUT always remember what they have “achieved” so far within America (and other western nations), for it will sharpen your vigilance and spine.

AS eager beavers and over achieving jihadists are wont to be, leaving no stone non-turned to satiate their bloody (pagan) Allah, their soldiers run the gamut. In fact, North Carolina, aka the Tar Heel state in the Southeastern portion of the U.S., has its own ISIS problem. Did you know this? If not, well, consider yourself in the majority because the media is placing a blackout on their actual penetration.

IN light of certain (disinfecting) truths, it is intrinsic to internalize a few facts: wherever you live in America, guaranteed, there is a dangerous Islamic presence within every state in the country. Never forget this.

IN this regard, as is said, “boo hoo” over N. Carolina’s recent victims. There, it’s voiced. Now, lest anyone intends on sending this investigative journalist nasty messages, don’t waste your time…like water off a duck’s back.

WHAT underlines this harsh (albeit necessary) sentiment are the facts at hand: firstly, they lived and breathed jihadi doctrine. Patience, dear readers. Secondly, regardless of what really precipitated the killings (an ongoing dispute over a parking space…sheesh, others have been killed for less, even for an individual’s sneakers…road rage on steroids), alas, anti-Muslim backlash became the “assigned” narrative. On cue…..

INTRINSICALLY, for national security purposes, focus your attention on their jacked up terror family. Again, we all know that crazy/evil people commit unspeakable crimes, hence, the real motive for the killings. Alas, don’t let this be your immediate concern. Besides, the shooter will be dealt with by the court system. He is a danger to all, regardless of ethnic persuasion.

MOST significantly, the (dead) apples didn’t fall far from their familial (terror) tree!

(Dr. Mohammad Abu-Salha was on the shura council of the Islamic Association of Raleigh (IAR). He may still be on the council today but he isn’t returning requests for comment.)

NEXT up on their bloody journey, as they traverse from state to state, let’s hop over to Boston…oh dear, a city (and environs) so steeped in jihad that it’s nexus is book-worthy!

DO readers recall this and that Boston terror citing’s?

WHEN the Boston marathon blew up in April 2013, wasn’t it safe to assume that jihad’s nexus to the city was (still is) deeply inculcated…implicated?

AND wonder of wonders, Boston (and outlying communities…Cambridge front and center…many other cities/states too) is steeped with Wahhabi-infused mosques, Sunni Islam’s jihadi front-arm inside America!

IT gets worse, as footprints and fingerprints tie-in Benghazigate to Boston’s terror loop. Full circle.

IN a never-ending cycle of Islamic terror, Boston and its surrounding ‘nabes have the “distinction” of being the epicenter for “student” based terror, even as over 6,000 foreign “students” have gone “missing”! What a head scratcher…

NOT unexpectedly (at least to those whose brains are intact), ISIS’s tech guru, Ahmad, has his roots in Boston. Beantown’s “favorite (terror) son” picked up a tech degree at Northeastern, one of Boston’s major universities…it doesn’t have the star power of MIT, but it’s good enough…

AS you travel along the eastern seaboard to Mid America, how about their deep roots in Minnesota?

YES, Minnesota is one of their front line epicenters, dutifully revealed (several times) at these pages.

NOT only that, have you heard about Minnesota’s Islamic infestation via Somalia? If not, pay heed:

SO along with Islamist plots outside America’s borders, additional helping hands are given by the Islamist-in-Chief through an open sesame “Refugee Resettlement Program”. How quaint. The thing is, these “refugees”, for the most part, are Shariah law adherent! As expected, they are a particularly anti-western crew. Go figure.

AS tiresome as it is, let’s head to the recent mall plot, specifically, the Mall of America. It is owned by the Iranian-Jewish Ghermezian family, therefore, said explosions would not only kill “infidels” but destroy Jewish-held investments. A two-fer wave of jihad! Indubitably, they are on the march. 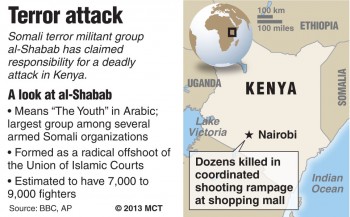 SEGUING back to the east coast, NYC has a particular ISIS danger, as four and five attest to the same. As reported, Brooklyn has a particular infestation, as does Queens. And on and on…take it to the bank.

NEVERTHELESS, it can’t be stressed enough how invested the media is with their self-inflicted omerta, re the biggest threat to western civilization bar none; Islamic-driven (Sunni/ Shia) genocidal jihad! The media is wholly, incontrovertibly, incontestably (and every other similar descriptor) complicit! After all, how many waving flags etc do they require as proof of the same?

Still wondering if the woman named ‘Noelle Valentzas’ arrested, along with Asia Siddiqui, in the recent Islamic terrorist bomb plot on NYC is a Muslim, despite her very Christian-sounding name?

Masjid Alhamdulillah is the mosque that Abu Bakr and wives attend:

Abu Bakr marching down Madison Avenue in 2013 with his cadre of radical jihadi females. Not sure which one of these is Noelle, as their faces are covered.

And these were the signs seen at the parade in NYC. Notice the Arabic writing below is the same as on the flags.

Here is video from the Muslim Day parade from 2013. It is an annual event not covered by the media.

The below video courtesy of Tom Trento at The United West (blogger’s note: readers are familiar with Tom Trento, this site’s trusted contact). Democrat New York State Senator Tony Avello came face-to-face with Muslim hatred for America at the Muslim Day parade in 2012. And he did something that few people would have had the courage to do. He got up from his seat as a VIP Marshall of the 27th annual New York Muslim Parade and stormed off the stage in disgust!

INHERENTLY, if readers also prefer to take the deaf, dumb and blind tack it will accomplish nothing but aid their march, and not just in parades! Assuredly, this is not an analysis which is hysteria-induced. If only. It is reality-based, even though the media has signed a pact with political devils to remain silent. Obama Inc., this site is referring to you!

KNOW this: just because each and every state hasn’t been delineated it hardly mitigates the (embedded) presence of Islamic terror offshoots operating within. To the contrary. Yes, this investigative journalist guarantees the following: not one state in America is free of their parasitic presence. Fact-based.

9 thoughts on “ISIS Flags In NYC, Media Silent. What Will It Take For The Media To Alert The Public? Commentary By Adina Kutnicki”