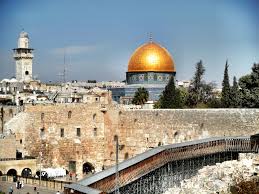 {re-blogged at Jews Down Under}

WHEN one is convinced he is the anointed leader over the global Islamic Caliphate, well, grasping another nation’s historical, legal and biblical capital is not considered beyond the pale. It is one’s “right”. Don’t you all know that by now? Get with the Islamic program!

SIMILARLY, staking claim to Jerusalem – the Jewish people’s (Israel’s) thousands yr old eternal capital – well, said war-call is considered doable for jihadists. Yes, centuries of incitement has been transferred from one Muslim generation to another, unlike the hard-earned inheritances we hand down to our nearest and dearest upon our demise. However, whereas our kiddies may receive (if financially feasible) property, stock portfolios and sentimental treasures, on the other hand, their bounty never dries up, for it is derived from the blood-soaked Koran. Immutable.

BUT that doesn’t mean that the rest of us have to sit still, while Erdogan and his Brotherhood Mafia plot their schemes, does it? So the first point of inquiry is: what exactly are Israel’s leaders doing, if anything, about Erdogan’s putsch?

BASICALLY, other than intermittent groveling to appease the Turks (as well as others, but let’s not digress), as dictated by Barack HUSSEIN Obama, Israel’s supine leaders often engage in fruitless “dialogue” and worse. Get a load of this:

“Israeli politicians and Jewish media across the World,” writes Westrop, “have excitedly embraced the efforts of Turkish television channel A9 to effect and encourage interfaith dialogue – or, as the channel itself puts it, promote “peace and love” between all peoples.”
…

“The programme is part of a hardline group run by Turkish Islamist Adnan Oktar (aka Harun Yahya), and extremist with a history of promoting Holocaust Denial and who fuses Ataturk nationalism with Turkish Islamism in his attacks upon Jews, Darwinists and Atheists. His group of followers is best described as a cult; one accused by a number of critics of using sexual abuse and blackmail to achieve political leverage.”

A9 is falsely perceived by a number of media outlets as an example of a moderate Islamic voice that is working to bring Jews and Muslims closer together. While this is indeed the declared purpose of A9, it is a façade that shrouds a hostile agenda. Just as democracy was a useful means for Turkish Islamists to propagate their anti-democratic views, so too is A9’s declared devotion to interfaith dialogue a sanitizing veneer that distracts from its more sinister ideas.

Jewish media journalists and Israeli Rabbis have been invited to Adnan’s headquarters free of charge and subsequently agreed to support him. Let it be known that Adnan Oktar has a long history of inviting many influential people to his headquarters which has a camera in every room, filmed sex orgies, and used these same films for black mail so as to demand support for his causes. Adnan Oktar who was diagnosed as being mentally ill, claims to be the next Muslim Mosiach. It is interesting that after various Rabbis have been invited to Turkey, support Oktar’s claims in one way or another in video links below.

Who is Adnan Oktar (pen name: Harun Yahya)? He is claimed on his web page to be a ‘world renown and respected scholar’ who has devoted himself to writing about scientific and faith-related subjects such as the theory of evolution and miracles of God.
He is further described by supporters as a respected ‘scientist’ who has publications in incredibly diverse areas of interest (actually he is not a university graduate). He speaks only Turkish. The fact is that, his publications and his foundation (Science Research Foundation) have recently been banned in Turkey, and most members of his “sect” have been sent to court. This was not due to their Islamic and scientific activities, but due to crimes such as blackmail, extortion, possession of unlicensed weapons and sexual intercourse with minors. About three years ago, upon complaints of victims and many years of suspicion, Turkish police raided residences of this group. The discoveries at the houses and testimony of the group members were shocking. Under the mask of promoting Islam and scientific facts, the group members had been found to engage in extensive criminal activity. These crimes included blackmail, possession of unlicensed weapons and sexual intercourse with individuals under age 18. The head of the group, Adnan Oktar (recorded by police cameras, leaked and shown on Turkish TV channels such as Kanal D, ATV, Star) confessed to blackmailing people who they regarded as an obstacle to their enterprises. These people included the reporters for the newspaper Hurriyet, Emin Colasan, and Fatih Altayli, after they questioned some of Harun Yahya’s activities such as bribing the municipality of Ankara…..

MORE specifically, their end goal, the Turkish-Islamic Union, is highlighted at an interview and it is solid as a rock. Consider:

Wolff Bachner: Adina, we have covered a great deal of ground today, from the Muslim Brotherhood as a guiding organization for the Islamic world movement to Adnan Oktar and his role in promoting a false image of Islam while undermining the Jewish State of Israel.

What is the bottom line here? Is there an ultimate goal for all of this frenetic activity and what is that goal?

Adina Kutnicki: Wolff, as you and I are acutely aware – hoping to enlighten many westerners through this interview and other related work efforts – aside from all the highly visible dangers revealed herein, the lingering question remains: what’s Adnan’s Oktar’s end goal? And, even though an overview of “The Plan”, as conceived and designed by the Muslim Brotherhood, is (hopefully) becoming more and more transparent to Americans and westerners at large, much more needs to be done to counteract their planned jihad.

Very little is known, at least to westerners, about a specific Muslim Brotherhood-backed Islamic project – the Turkish-Islamic Union. While Shiite leadership and most Sunni heads are not on board, the fact of the matter is that Turkish rulers envision themselves astride the resurrected Caliphate via a reconstituted Ottoman Empire. Assuredly, they are marching full charge ahead. And, for an overview of the Turkish-Islamic Union, peer within. See if you’re convinced of their altruistic, affirmative messages of love and more love to non-Muslims. They are pejoratively, religiously deemed “infidels” and special animus is reserved for the most reviled, the “Joos”. Let’s call an ace an ace, a spade a spade.

Alas, Israel, as always, stands in the way of Islamic hegemony, hence, the cooked up “charm offensive” via alluring, come-hither bombshells. Now, it must be understood that the saying, “you can catch more flies with honey than with vinegar”, is decidedly apropos. It is an exact replica of Stealth Jihad, morphed with a boring into Jewish sensitivities and sensibilities; the desperate quest to live in “peace” and to cease looking over ones shoulders. They know their audience well. Naturally, the synthesis of comely females dripping honey-laced words, is so much more effective and appealing than threatening poses from jihadists. Wearing menacing stocking caps on their heads – with only cut out eye-holes serving as slits – and hoisting rifles and rockets over their shoulders certainly doesn’t inspire confidence, friendly intent or register sympathy. You think? Regardless, wishing doesn’t make it so….

IN this regard, how much Mid East (and global) mischief does Turkey’s MB junta – under the Islamic umbrella of Erdogan – have to accrue to get kicked out of NATO, henceforth, to be revealed as the western foe that it is?

A Brotherhood official said on Saturday that Qatar had asked several members of the group to leave the country where they had sought refuge after the fall of Egypt’s Islamist president Mohammed Morsi.

“If they make any request to come to Turkey, we will review their request,” Mr Erdogan said after visiting Qatar on Monday.

Doha has been under pressure from other Gulf states to cut its support for the Muslim Brotherhood and other Islamist groups.

Turkey and Qatar were the only regional countries to back the Brotherhood as they rose to prominence after the Arab Spring uprisings. Their influence in the region has since waned, culminating in Mr Morsi’s removal from power by Egypt’s army last year following mass protests against him.

The UAE, Saudi Arabia and other GCC members have grown increasingly concerned about the Brotherhood and see them as a threat to stability in the region.

CONCOMITANTLY, in light of Erdogan’s Muslim Brotherhood ambitions and connections, how shocking is it to find out that President Erdogan is eyeing Jerusalem, as if it belongs to Turkey and the Islamic Caliphate?

When a leader of one sovereign nation threatens to protect the Capital city of another sovereign nation from the country in which it resides, it’s generally considered advocating for an act of war. Yet, in this case, the western media and the American people all but yawn, via the Jerusalem Post:

Turkish Prime Minister Ahmet Davutoglu slammed Israel for its recent “attacks” on Jerusalem, vowing to defend the city and its holy sites, even if doing so alone.

“Nothing will prevent Turkey from protecting Jerusalem and the al-Aksa mosque,” Davutoglu addressed his party at a weekly faction meeting in Ankara, according to Turkish media.

Israel’s “brutal” leaders should not “dare consider” continuing their attacks on the city, Hurriyet quoted him as saying.

That reference to protecting the al-Aqsa mosque is particularly laughable because the Israeli government briefly shut it down after an Israeli activist was shot by a Palestinian terrorist in front of the mosque. Palestinian Authority leader Mahmoud Abbas referred to that as an “Israeli escalation”. Not only that but Israel has had to deal with a spike in Palestinian terrorist attacks.

Meanwhile, inside Turkey, ISIS is allowed to roam free and recruit in broad daylight.

Yet Davutoglu thinks Jerusalem must be defended against the country whose Capital it is.

LO and behold (as referred to above), the brazen Islamist who leads Turkey is in bed with his BFF, America’s Jihadi-in-Chief. But if there are those who contend that the duo’s cozy relationship doesn’t give Erdogan a (Caliphate) leg up, well, they are dangerously mistaken.

Nose to nose….eyeball to eyeball…

Cheek to cheek….hand to hand…

6 thoughts on “Turkey’s Incitement Against Jerusalem:Act of War! Why Is Obama Inc. (Israel Too) Silent?Commentary By Adina Kutnicki”