SIGNIFICANTLY, there is an endless stream of Muslims lining up to become “martyrs”, to blow themselves (as well as countless others) into bits and pieces. Under any rational and civilized paradigm they operate sans any moral constraints or restraints, even against fellow Muslims. Nothing is off limits. Nothing. To wit, physical/borders boundaries are the least of their impediments. In fact, there is evidence of a growing jihadi population, already within America, waiting for their opportunity to sacrifice themselves likewise. Yes, when their Allah wills it, so it shall be! After all, Islamic doctrine supports whatever it takes to subdue/submit the kafir… كافر.

PISH posh…their nihilistic paganism is indubitably not acceptable in western society. Anyway, who do they think they are, threatening everyone who refuses to bow to their pagan Allah? Do Jews and Christians seek to submit all to their religious beliefs? In fact, within Judaism, Rabbis (at least those who are operating within stated Orthodox guidelines) discourage those who seek to convert to the fold, placing as many obstacles as possible to eliminate those who are seeking conversion for other than sincere religious reasons. Islam, on the other hand, is expansionist and subjugates. Therein lies a key difference.

BESIDES, how many times, how many ways, have Islamic jihadists upped the ante with their barbarism? Yes, beheading is their latest fixation (though centuries old in Islamic/Shariah law practice) but what about cannibalism to satiate their deadly appetites?

AGREED, it has been determined that bringing America, the west, to its knees is their top priority. In fact, we also recognize that Obama Inc. is lending them more than a helping hand. It is under this prism that a weaponized use of Ebola comes into sharp focus. Pay heed.

POINTEDLY, it has already been proven: U.S. borders have been left open to bring about a demographic implosion, not only for the Brotherhood Mafia but for the ushering in of the New World Order. One assists the other. This ain’t poppycock.

IN this regard, think about all the counter intuitive ways Obama Inc. is “dealing” with the most threatening medical scourge, Ebola. Afterwards, ponder his purposeful mishandling of the threat of ISIS within America and its piggyback onto Islamic jihad in general.

THEN, segue onto a more than possible explosive and deadly scenario…outcome…explained by a professional whose boots operated within the Islamic Mid East (and elsewhere) theater, as a TOP U.S. Air Force Counter Intelligence Officer of Special Investigations (AFOSI).

Ebola as a Weapon for Islamic Terrorist Groups (ITG)

Most counter-terrorism professionals and journalists particularly in America are not prepared to understand the depth of evil practitioners of Islam are capable of.  Only within the last few weeks since the beheadings of the British and American journalists by ISIS (ITG) has the world began raising serious eyebrows about the evils of ITG.

ITG have been conducting atrocities against innocent men, women, and children for centuries.  The cutting off of a person’s head is nothing new in Islam.  Their Prophet (Mohammed) carried out hundreds of beheadings in the name of Islam.

To understand and defeat the ideology of ITG, you first must never make excuses for them.  You must understand ITG obtain their information from the Quran and from mosque leaders around the world.  There are no moderate Muslims and there are no mosques that are moderate.  The difference between mosques is that some are better at hiding the truth than others.  Somehow we believe if the worshipers simply say they desire peace and love everyone that they must be telling the truth. You are wrong to think this way.

Throughout the history of Islam, Muslims have sought the weapons that can cause the most severe deaths of their enemies.  The Islamic mindset is rather simple.  Islamic terrorists do not think the way rational people do.  They are constantly working to obtain a weapon that would annihilate the Jews and other non Muslims across the world.

You can be well assured there are Islamic leaders who are working on ways to use the Ebola disease to their advantage.  Can you imagine if 1000 people entered America through illegal means (which is rather easy since our borders are not secure and millions enter illegally each year) and were carrying the Ebola virus?

Do not for a minute think Muslim terrorists would not use Ebola as a weapon of mass destruction.  The Islamic terror groups have thousands of Muslims ready at all times to die in the name of Islam.

The chosen Muslim martyrs could intentionally be infected with the Ebola virus and sent into America to spread the disease.  Most Muslim terrorists would do this for little or no pay, but to recruit a steady flow of Ebola carriers, the Islamic terror leaders may promise to provide for the families of martyrs.

Many folks who say this could never happen because we are on high alert for the signs of Ebola.  Again remember our borders are virtually open.  If the Islamic terror leaders send 5,000 across and only 1 in 5 make it, America will die a slow and agonizing death.

We must all remember there are approximately 4 million Muslims already living and working in America.  Do we honestly believe there are not at least 1 thousand Muslims waiting in line (in America) to be martyrs?  This many would volunteer in New York alone. {investigative journalist’s note: yes, as a native New Yorker, can attest to the same…the jihadi mosques are off the charts…Brooklyn and Queens in the forefront…}

Can this tragedy be prevented?  For the short time no.  For the long term the answer is still no.  The teachings of Islam are being enacted today across the world, it is a beastly ideology and the people it produces are worse than the wildest rabid animal.

I always like to leave people with a glimmer of hope.  If Obama closed all mosques in America, made the adherence of Sharia illegal, and deported any Muslim who does not pledge allegiance to America, then we could defeat this violent ideology.  Do you believe Obama would ever do this?  Prepare my friends.

Note: CAIR is a sponsor of Islamic based terrorism.  They use all forms of Jihad.  The materials inside CAIR National advocate the killing of anyone who is actively against the teachings of Islam.  I have had many, many threats, and they are increasing.  Do you think if CAIR leaders had the opportunity to have me beheaded they would have it carried out.  Yes.  Do you think they would you and your families as well? Yes.{investigative journalist’s note: yes, these threats are real against him….readers, don’t doubt it for a second}

PRAY tell, what exactly is still unclear about how far Islamic jihadists would go to bring America to its knees? And how much more “effective” would scores of (willing) Ebola infected infiltrators be, when compared to suicide/homicide bombers or other blow ups?

IN essence, when one is ready to give ones life in service of jihad the cost benefit ratio factors into play. Thus, Ebola is considerably, as is said, more bang for the (terror) buck! 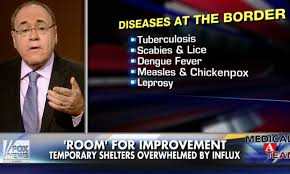