ASIDE from all the geo-political reverberations – seismic-worthy – spanning from the bloody Islamic slaughters of Christians throughout the Mid East and Africa to Russia’s increasing “footprints” from the Ukraine to Iran, the fact of the matter is that China has been equally busy. Not only that, but the leadership of the free world is lending the Communist People’s Republic of China more than a helping hand. More like a lock, stock and barrel approach to scoop up America! This has been going on for years, but exponentially more so under the “(mis)management” of the Radical-in-Chief. Hmm.

Indeed, while only the comatose are unaware of China’s stranglehold on American debt, few are aware of its extent. Its global ramifications. Its blow back, straight onto the very lives of ordinary Americans. What’s going on?

Well, back in Jan. 2013, a dog’s age in geo-political manipulations,this site reported on the machinations afoot to sell off America to China:The Radical-in-Chief’s Sell Off – Literally – To Communist China…Bargain Basement Prices! Oh boy… 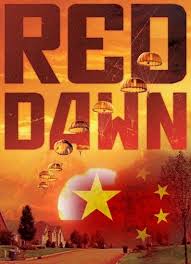 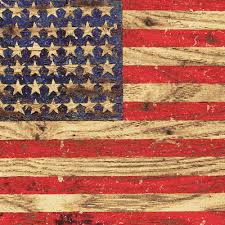 The Chinese Are In the Process of Occupying Amerika

In order to keep its head about water for just one more day, the Federal Reserve has now permitted Chinese-controlled banks to take stakes in US banks. This is a nefarious invasion of the U.S. economy. Subsequently, we have witnessed a major shift in the percentage of the U.S.debt owned by Chinese vs. the Federal Reserve. This is the beginning of the end for the dollar, the U.S. economy, your standard of living, your assets, your freedoms and for many of you, your very lives.

China Owns the Federal Reserve and Here’s How It Happened

At the end of January 2009, the month President Barack Obama was first inaugurated, Communist China owned $744.2 billion in U.S. government debt and the Fed owned $475.129 billion. In May of 2012, the Federal Reserve has approved applications by three big Chinese government-controlled banks to set up branches and take stakes in US banks after deciding they were adequately regulated in their home market.

For the naysayers that will write to me and say there is no way that this will ever take place, I will respond by telling you that you are a day late and a “distressed dollar” short with your anxiety over the future of the American economy.

Late last year, China purchased the JP Morgan building in Manhattan for $725 million. This was a symbolic move like planting the U.S. flag on top of Iwo Jima’s Mount Surabachi during the famous WW II battle. This signified that the Chinese have laid claim to all assets in the United States. One might  reason that the Chinese have in fact purchased all of JP Morgan. When this happens in earnest, it will come in the midst of a dollar devaluation and we are only months away from this happening.

The Death of Our Asset Holdings

The Chinese yuan, also known as the renmimbi, is China’s national currency. The yuan has an important role in keeping China’s economy competitive. China keeps the yuan pegged to a basket of currencies, most notably the U.S. dollar. The yuan is worth a little more than fifteen cents.

This is all about to change. China has the ability to sell its Treasury holdings, putting the value of the U.S. dollar into free fall. However, it’s not in China’s best interests to do so. By threatening to sell U.S. Treasuries, China would quickly devalue its own holdings. Even so, it’s been unwise for the U.S. to allow itself to become so indebted to any other country. However, the Chinese now have partners who are willing to purchase U.S. treasuries and shoulder the burden of owning most of the U.S. debt which will result in the total collapse of the US economy. These large investors are busy purchasing the Federal Reserve through the back door. For example, the Spanish Bank, Banco, is purchasing Citigroup in Spain according to the Wall Street Journal. The buyoff of the major investors in the Federal Reserve is well underway. China, and their BRICS country allies, and a consortium of international interests (e.g. the previously identified Spanish and German banks), will through the I.M.F., manage the U.S. debt through exchange rate increases and trade tariffs.

Dr. Jim Garrow announced on my show that a devaluation is near as the dollar will soon be valued on a 6 to 1 ratio in favor of the Chinese renmimbi. Let’s talk about the ramifications of this event. If you own a mortgage on your home for $150,000, you now owe the Chinese interests controlling your bank, who holds your mortgage note, $900,000 dollars. If you owe the bank $20,000 for your automobile, following the 2014 dollar devaluation, you now owe $120,000.  Your grocery bill for your family just went up by a factor of six. What about your retirement and social security? What retirement and social security? Long before most of you will be able to collect, your retirement will collateralized against the debt. The same is true for your 401K and your saving account holdings. It would be wise to spend your money now on elements of survival that you will need.

There is also an important aspect that nobody is talking about. When the Chinese come to claim your home, your car and your retirement, what legal recourse will you have? The answer is you will have no due process rights because your economic situation will be adjudicated in accordance with Chinese law. Under Chinese law, you will truly have the right to remain silent. When one considers the net effect of this Chinese takeover of the Federal Reserve, it is not far-fetched to postulate that Americans will actually be starving to death.

It is completely understandable that Americans will be fleeing the country. However, the Chinese will no doubt put controls in place that may allow you to leave, but your assets will stay inside the country.

Elements, not the entire government, have sold our country out. Reid, Feinstein, Clinton, Pelosi and of course, Obama, have committed treason against the United States by participating in this planned demise. Yes, the planned demise is in full view.

The Bundy Affair is the most significant event in present day America. It exposes the fact that the Chinese will soon control our new solar based energy delivery systems through the Solar Energy Zones. These Solar Energy Zones lie on top of an estimated $228 trillion dollars of underground mineral assets. They also lie adjacent to major military installations and international corridor of interstate highways which will all soon be controlled by the Chinese.

Please note that all the rising economies of the world are tying their currencies to gold as Dr. Garrow astutely pointed out on my show. The United States is not one of these countries. He is correct as the China and India have been trading in gold, as opposed to the dollar, for several years. The present set of events represents the fulfillment of our demise which has been planned by the global elite for quite some time. If there is a silver lining, America will soon shed much of its sheep’s wool and America will fight. Hence, the real reason behind Obama’s push for gun confiscation and the fact that John Kerry signed the UN gun ban treaty last year. Now that you know that the Chinese own the very clothes on your back, it is time to take a look at how the Chinese will soon be exerting complete dictatorial control over the United States.

To date, we have largely been conquered by stealth. Soon, the specter of Chinese and Russian troops along with their DHS allies will be opposing Americans in the streets. This will be the topic of Part Three.

MOST intrinsically, the question becomes: why would U.S. leadership be on board with sinking America into such unsustainable debt – a sinkhole – knowing full well that a Chinese wolf – with others in tow – will come knocking down its financial door(s)? The answers are complex, but also quite simplistic in intent. This is not a contradiction in terms. Machiavellian too: ECONOMIC FIRESTORM:THE PLANNED DESTRUCTION OF THE U.S. ECONOMY; ITS KNOCK-ON FALLOUT!

WITH the above in mind, does it now make better sense as to why Chinese and Russian troops (others too) are firmly implanted on U.S. ground?

Pre-designed collapse, or not? You decide.

7 thoughts on “CHINA OWNS AMERICA:LOCK,STOCK & BARREL!TROOPS IN PLACE. HOW DID THIS HAPPEN?Commentary By Adina Kutnicki”