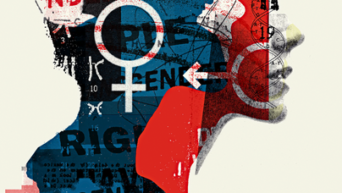 THERE is no other way to interpret the crazed quest to push transgenderism onto children, other than to destroy the traditional family. Simply speaking, a means to an end.

FOR once a generation of sexually confused children grow up and are unable to reproduce — whether born female or male, that is, due to puberty blockers and what amounts to as surgical castration — well, what exactly will become of the traditional family, other than its decimation? Rhetorical.

NOT only that, as a force multiplier,

One of the main focuses of this newsletter’s reporting is the way time-honored institutions of American life have been hijacked or corrupted.

We have documented the ideological takeover of American medicine and the law. We have exposed how many of our schools are indoctrinating children rather than educating them. And we have reported on legacy news organizations that put politics ahead of the public they purport to serve.

Today, we’re teaming up with reporter Aaron Sibarium and our friends at the Free Beacon to take a hard look at the American Academy of Pediatrics. The AAP is the nation’s leading organization of pediatricians. Millions of families follow its pronouncements on children’s health without skepticism or second-guessing.

Thousands of pediatricians convened in Anaheim, Calif., in early October for the American Academy of Pediatrics’s (AAP) annual conference. The group, which boasts 67,000 members in the U.S. and around the world describes itself as “dedicated to the health of all children.”

So some audience members were shocked when Dr. Morissa Ladinsky, an associate professor of pediatrics at the University of Alabama at Birmingham, lauded a transgender teenager for committing suicide.

In an address about “standing up for gender-affirming care,” Ladinsky eulogized Leelah Alcorn, an Ohio 17-year-old who, in Ladinsky’s words, “stepped boldly in front of a tractor trailer, ending her life,” in 2014, after leaving a suicide note that “went viral, literally around the world.”

Ladinsky’s remarks were captured on video by a horrified onlooker, Oregon pediatrician Dr. Julia Mason, who expressed outrage on Twitter that Ladinsky was “glorifying suicide,” an act she described as “unprofessional and dangerous.”

That isn’t just Mason’s opinion. Technically speaking, it is also the official stance of the AAP, whose website for parents, healthychildren.org, explicitly warns that “glorifying suicide” can have a “‘contagious’ effect” and inspire others to take their own lives.

Reached for comment, Ladinsky expressed “regret” about her choice of words and said it was “never my intent” to glorify self-harm.

But how did this esteemed doctor wind up telling a group of physicians that a teen had, as she put it, “boldly ended her life”?

In any large organization, some members are bound to hold fringe views. But Ladinsky, who has devoted her career in part to facilitating the gender transition of teenagers, including by challenging state laws that restrict the kinds of treatment physicians can provide to them, is hardly an outlier at the AAP. And the AAP is an organization that matters a great deal.

Founded in 1930 as an offshoot of the American Medical Association, the AAP is first and foremost a standard-setting body. It outlines best practices for the nation’s pediatricians, advises policy-makers on public health issues, and, for many parents, is the premier authority on raising healthy kids.

In recent years, it has also become a participant in America’s culture wars. Judges have deferred to the group’s expertise in high-stakes court cases about children with gender dysphoria, who the AAP says can start socially transitioning at “any” age. During the height of Covid, schools masked toddlers—including toddlers with speech delays—based on the guidance of the AAP. Sports leagues and after-school programs mandated the Covid vaccine after the AAP strongly recommended it, even as concerns mounted about its association with myocarditis, or inflammation of the heart muscle, in young males.

Though the organization’s guidelines are framed as the consensus position of the AAP’s members, only a handful of physicians had a role in shaping them. Instead, insiders say, the AAP is deferring to small, like-minded teams of specialists ensconced in children’s hospitals, research centers, and public health bureaucracies, rather than seeking the insights of pediatricians who see a wide cross-section of America’s children.

They also say a longstanding left-wing bias—over two thirds of pediatricians are registered Democrats—has accelerated, turning the organization into a more overtly political body that now pronounces on issues from climate change to immigration. As rates of gender dysphoria exploded and the Covid-19 pandemic hit, that bias seeped into the organization’s medical policy recommendations, unchecked by discussion or debate.

This story is based on dozens of interviews with pediatricians, academics, and current and former AAP members, including several with leadership positions in the AAP. It shows how a small group of doctors with virtually unaccountable power can exert tremendous influence over public policy, especially when a new crisis—be it moral or virological—gives them an emergency mandate. A mandate affecting the lives of millions of families.

3 thoughts on “The Hijacking of Pediatric Medicine +”