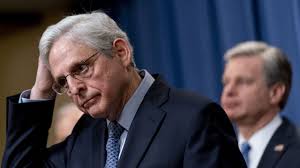 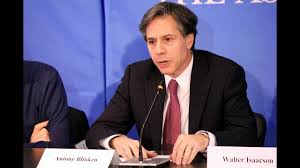 EVEN those who once felt invisible can be rattled to the core — feeling as if they are akin to caged animals — yes, they can be. But the caveat to taking them down depends upon the relentless commitment of their opponents. Well, apparently, the ‘White Hats’, that is, JAG’s special forces and their operators, fit the bill. Fire with fire. After all, you don’t bring knives to a gun fight. Understood?

REST assured, it is only a matter of time before Blinken and Garland get nabbed. Ditto fellow deep staters. Hopefully, they are taken standing on their feet, as opposed to prostrate in a pine box. This is so because the capture of such high-value targets can’t spill from the grave! Of course, in due time, they will have an eternity to ‘rest.’ As per their guards, if past is prologue, they are considered casualties of war and most will fall in the process. Too damn bad. Indeed, you lie down with (deep state) dogs, don’t expect to wake up!

Several Deep State politicians and members of the criminal regime’s administration are so fearful of being arrested by the U.S. military that they are exerting control over the Sheeple from afar, and in some cases from outside the United States, White Hats told Real Raw News.

For example: The White Hat partition of the U.S. military had drawn plans to arrest the regime’s corrupt attorney general, Merrick Garland, at once after the FBI launched a brazen, unlawful raid on President Donald J. Trump’s Mar-a-Lago home, occupying it for several hours while rifling through his youngest son’s bedroom and his wife’s wardrobe. But Garland could not be found, despite a massive undercover operation to discover his whereabouts. He was not in Washington, nor at his Chevy Chase, Maryland, address. The military had covertly surveilled his two vacation homes, one in Delaware and one in Rhode Island, but found them empty. Lights in the homes remotely turned on in the evening to give the appearance the houses were occupied, and neighbors collected mail from Garland’s mailboxes. About a week later, as US Marines staked out lavish hotels in known Deep State strongholds, White Hats at U.S. Army Cyber Command received word that Garland had fled the United States for Canada hours ahead of the raid.

Garland was strangely silent following the raid. His first public statement, a two-minute summary, came five days later. The brief presser took place at a sound stage in Ottawa, complete with a CGI press pool. White Hats believe Garland is under Canadian Prime minister Justin Trudeau’s protection, and he is likely shuffled between residences just in case they cross the border to grab him.

“We know he’s there, just not exactly where,” a source in General David H. Berger’s office told RRN. “Obviously, we don’t want an international incident, and we have reason to believe he has made short, very brief, trips back and forth. It’s only a matter of time.”

When asked what evidence White Hats have on Garland, he added, “Mountains. He is guilty of treason.”

And Garland is not the only official to have sought sanctuary on foreign soil.

The same source said the military had futilely searched for Biden handler and Secretary of State Antony Blinken, who, despite appearances to the contrary, controls the Deep State Department from a safe haven somewhere in Eastern Europe. The military had nearly arrested him in June, but Blinken had the resources to elude capture and flee the country.

“We are almost positive he [Blinken] hasn’t set foot in the U.S. since June. We know as fact he’s stayed in Serbia and Croatia and is probably still in that vicinity. He could be living in Ukraine. These people are evil, nefarious types, but not stupid. They have unlimited resources, meaning cash, to bribe or blackmail their way to safety. During the Bush years, the military had a deck of cards with face cards being terrorists they wanted to kill or catch. Well, we have our own deck, and Blinken is our Queen of Spades, meaning he’s among the top three Biden handlers.”

He declined to name the King and Ace of Spades because, he said, they might be unaware the military is actively hunting them.

“If we think we have an edge, we have to treat it as an absolute certainty,” he said in closing.