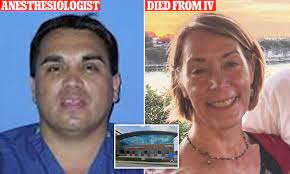 WHILE surgical patients on the table have no option but to rely upon the team in place, fellow team members have an absolute ethical obligation to immediately, post haste, report on any misbehavior, shenanigans, if you will, to the higher ups. Some do. Some don’t.

MIND you, today’s report out of Texas, horrific as it is, is not an anomaly. It could happen anywhere. Anytime.

IN reality, a betting person would not be off the mark to conclude: Said egregious behavior, more often than not, will be covered up by the powers-that-be within hospital administration, as well as at the Licensing Board.

AS it happens, when “accidents” occur, hospital administrators labor to find “work-arounds.” Mind you, licensing can be re-instated (after one year) with the click of a mouse, that is, upon appeal of one’s case! As such, a slap on the wrist, with the trappings of an investigation, may become “case closed.”

THE question becomes: Why is this harsh position being taken? Well, if past is prologue, this writer’s significant other — as head surgeon in the operating room, at a leading hospital in Israel — more than once, found himself saddled by replacement anesthesiologists, that is, when his hand-picked team member was unable to operate, and for reasons out of anyone’s control.

MORE specifically, in one hair-raising instance, the operation couldn’t wait, so, when a (properly credentialed) replacement showed up high as a kite, an immediate call was made to the head of the hospital to haul him off. Luckily, another anesthesiologist was grabbed out of a post-operative room and was able to assist.

BUT when an inquiry was made as to what actions would be taken against the drugged-up doc, silence ensued. Again and again.

BOTTOM LINE: After a year, he was “quietly” transferred to another hospital, supposedly, after some Mickey Mouse treatment program was completed. The point being, hospital administrators are more concerned about negative PR and lawsuits than anything else. So, a hush-hush, most always, is the outcome.

Texas – A Dallas anesthesiologist’s license was suspended by the Texas Medical Board amid an investigation into death and injuries caused by ‘compromised’ IV bags.

According to reports, Dr. Ortiz was caught on surveillance video putting IV bags in a warmer next to operating rooms.

Shortly after he put an IV bag in a warmer, the patient would suffer serious injuries, NBC DFW reported.

In late June, another doctor who worked at the same facility took a compromised IV bag home with her and died after having a “serious cardiac event.”

“[Dr. Melanie Casper] died after taking home an IV and administering herself fluids because she was feeling dehydrated. She suffered cardiac arrest minutes later, a source with direct knowledge of the investigation said.” NBC DFW reported last week.

The surgery center shut down last week after it discovered the tampered IV bags and suspended Dr. Ortiz’s license.

Dr. Ortiz has not been charged with any crimes (yet).

A week after a North Dallas surgery center shut down after it discovered “compromised” IV bags, the license of an anesthesiologist who works there has been suspended effective immediately.

The Texas Medical Board announced late Friday it had suspended the license of Dr. Raynaldo Ortiz because he “poses a continuing threat to public welfare.”

“When he deposited an IV bag in the warmer, shortly thereafter a patient would suffer a serious complication,” the order said.

Tests on IV bags at the surgery center found “tiny holes” in the plastic wrap around the bags and that they contained bupivacaine, a drug used to treat localized pain.

“Such drugs could and would be fatal when administered unknowingly and intravenously,” the medical board said in its order.

On June 21, another doctor at the facility took a “tampered” IV bag home with her when she became ill and “almost immediately had a serious cardiac event and died,” the order said.

NBC 5 reported last week an autopsy of the doctor, Melanie Kaspar, concluded her death was caused by accidental bupivacaine toxicity, according to the Dallas County Medical Examiner.

“My wife Mel was an incredible person,” her husband John said Friday. “She was beloved by her patients, peers, and everyone she worked with. To watch her die in such a tragic manner is something I will have to live with forever. She was a beautiful woman.”