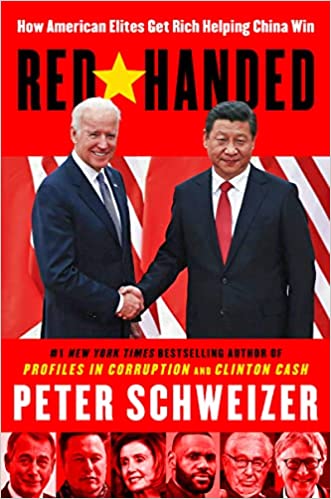 BREAKING: 4CHAN Hackers Have Reportedly Hacked #HunterBiden's iCloud Account & Copied It Completely! They Are Currently Going Through The Contents! pic.twitter.com/n5BFtJ4BiS

In Oct 2020 we reported exclusively that Joe Biden used the pseudonym “Peter Henderson”.

Now, 4Chan has discovered that his son Hunter had Joe saved in his iPad as “Pedo Peter”…https://t.co/GUp9rl2DAo

Joe Biden wrote to his son Hunter and others close to him using the pseudonym “Peter Henderson” – a fictional Soviet Union-era spy in several Tom Clancy novels who infiltrated the US government, emails show.

The messages contained on Hunter’s abandoned laptop appear to indicate the then-VP started using the fictitious mole’s moniker in October 2016 while forwarding a YouTube video to his son Hunter, brother Jim, daughter-in-law Hallie, as well as his sister and longtime political strategist Valerie Biden Owens.

Biden sent the message using an email address with a username of “67stingray” — a clear reference to his beloved 1967 Corvette Stingray.
Source: New York Post

DEVELOPING: US officials tell me Biden, both as POTUS & VPOTUS, has recv'd so-called “defensive briefings” by FBI C.I. agents re Chinese intel services' attempts to penetrate WH thru his family (Hunter + Jimmy) doing biz w Chinese fronts, but Biden has brushed off their warnings