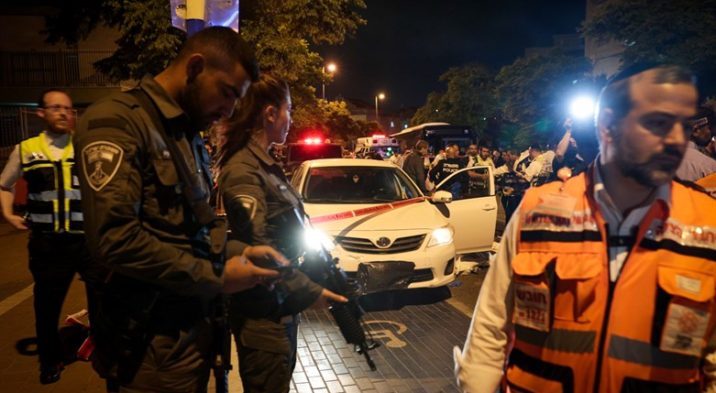 Otzma Yehudit chairman: In a normal country, the Air Force would now be dropping missiles on the house of Yahya Sinwar.

Otzma Yehudit chairman MK Itamar Ben Gvir arrived on Thursday evening at the scene of the terrorist attack in the city of Elad, in which three people were murdered.

“I came here to show solidarity, express pain, to embrace the residents here in Elad, but also to say in the simplest possible manner: Enough with this government of blood! This government causes complete lawlessness – be it in Be’er Sheva, in Tel Aviv, in Bnei Brak, or today in Elad.”

He called for leaders of the Islamic Movement to be arrested for inciting to terrorism.

“Why aren’t they going out on an operation of a targeted elimination of all the terrorists? In a normal country, an Air Force flyover would now be dropping missiles on the house of [Hamas leader] Yahya Sinwar, who called for attacks with weapons and axes, and killing him. This is how you cut off terrorism.”

1 thought on “Ben Gvir at scene of attack: Absolute lawlessness, this is a government of blood + Terror after Independence Day: Three murdered in terror attack in Elad”