IN all matters of grave import, skepticism is a healthy attribute, as opposed to acceptance on face value or blind faith. Yes, trust, but verify. 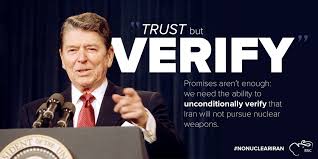 EVEN more so, it is especially the case that those of us whose “unacceptable” (and bold) claims are out in the public domain, come what may, must take precautions from specious lawsuits, as well as other forms of retaliation. As such, it is up to one’s trusted advisors to handle said aspect, in this or that manner deemed fit. Been there, done that.

IN this regard, disclaimers become an important tool (one of more than a few protective measures) and hold major import. This statement in no way obviates the truthfulness of what is being written. To the contrary. For it is during these Orwellian times that its legal basis is mandatory due diligence. Indeed, when an entire 24/7 Mockingbird Media, in concert with a highly dangerous deep state D.C. apparatus, stacks up against truth-tellers who dare to stand up against their directives, well, not to do so would invite the foxes to cause even graver damage. And whereas there are some things that can be revealed in a direct manner, others, not so much. Let’s just leave it at that.

ONTO today’s report, but not before a prior one is noted, that is,

ALL of which leads to the below, believe it or not!

As RRN reported last month, neither Biden—assuming he is still really alive—nor his subordinates can access the launch codes. That is because the U.S. military was given absolute authority when President Donald J. Trump signed the insurrection act when it became obvious that Biden had stolen the election.

On 9 March, as Russian President Vladimir Putin shelled U.N.-funded bioweapon labs in Ukraine, Secretary of Defense Lloyd Austin and other administration officials made numerous frantic calls to the office of Marine Corps General David H. Berger, pleading for access to the command codes safeguarding the country’s strategic nuclear arsenal. But those calls, which ran a gamut from polite requests to beseeching annoyances to headstrong threats.

An adjunct for Gen. Berger told Real Raw News that call started pouring into their office a few days after the illegitimate Biden administration and its Western allies labeled Putin the world’s vilest villain. The first call, however, came not from the criminal Lloyd Austin but from the equally despicable Anthony Blinken, Biden’s secretary of state.

“We need ‘the football’ now. Putin’s gone mad, and you must surrender the codes to the proper authorities at once or face charge of treason,” Blinken reportedly said to Gen. Berger’s secretary after the general refused to take the call.

The ‘football’ is a colloquial term used to describe what was once a bulbous satchel holding a large electronic transmitter. As time passed and technology improved, the ‘football’ shrank to where it is now indistinguishable from an attaché case, but it still supplies the same function: allowing a legitimate Commander-in-Chief, which Biden is not, to authorize launch of nuclear weapons. Contrary to trendy belief, the president himself does not carry the ‘football.’ Rather, it is handcuffed to the wrist of a president’s war officers, a rotating cadre of military aides whose work schedule is described by a top-secret rota. When Trump signed the insurrection act and gave provisional control of the government to the military, Gen. Berger assumed control of the football and has been personally responsible for deciding who carries it and when.

The criminal Biden regime has not been too pleased.

“Blinken called five times, demanding to speak with Gen. Berger, and with each call got more indignant. The calls never got past his assistants, because the general does not recognize Biden as the legitimate president of the United States. After Blinken, Lloyd Austin started calling, and finally Kamala Harris. No calls from Biden though. They all said they needed the codes in case Vladimir Putin was planning a preemptive strike on the country,” our source said.

In her last message to Gen. Berger’s office, on 12 March, Harris left a message: “You know, those codes are ours, not yours, and you need to give President Biden the codes right now or else. We must have those codes, so give them to us right now.”

Dissatisfied with the military’s response, Biden’s emissaries began hammering Trump’s Mar-a-Lago command team with an incessant barrage of calls, condemning him for unlawfully stealing the ‘football’ and the hardware needed to reprogram it. But none of the calls reached Trump’s ears. People such as Stephen K. Bannon and Dan Scavino intercepted the calls, saying Trump was too preoccupied to entertain Deep State theatrics, a Mar-a-Lago source told Real Raw News.

“The same cast of characters that tried to get the military to give up the codes started slamming the Mar-a-Lago command center with calls. They said thinks like ‘Trump better hand over the codes before he gets in deeper trouble than he’s already in’ and other similar statements. And each time they were told that Trump and the military don’t recognize Biden as having authority to demand anything, especially codes to the nukes,” our source said.

He said in closing that the consensus at Mar-a-Lago is that the Biden regime wants the codes to start a nuclear war.