LET there be no doubt: The top echelon of the CIA (in league with the FBI, in one way or another …. but let’s not digress) has long lost its mission, that is, to protect America from foreign enemies. In fact, training them at Langley (and associated worldwide facilities) has become a signature of their black ops. Rest assured, neo-Nazi factions operating in Ukraine are hardly lone “trainees”, err, mercenaries a/k/a executioners. So much so,

Ukraine is the latest victim of accomplished executioners

The Russian-Ukrainian crisis did not suddenly erupt a month ago. It has been prepared and fomented for a long time, certainly beginning with the 2014 white coup that was desired by the American deep state in an anti-Russian key. This is demonstrated, among other incontestable facts, by the training of the Azov Battalion by the CIA “to kill Russians” (here), with the CIA forcing the revocation of the amendment banning aid to the battalion made by Congress in 2015. The interventions made by Joe and Hunter Biden have gone in the same direction…..

IT is due to the above, in concert with other treacherous acts ordered by the deep state, that there is little reason to disbelieve the below. Not only that, if this investigative journalist were a betting woman, the wager would be placed on President Trump believing Putin’s claims — of course, with proper evidence placed in his hands by the white hats! 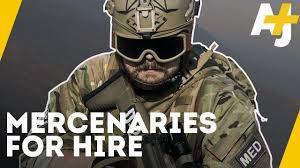 DEAR reader, in any case, you decide.

On Monday afternoon the Russian president and Donald J. Trump shared yet another telephone call on which Putin expressed disappointment that American “mercenaries” in Ukraine are fighting on behalf of Volodymyr Zelenskyy and, by proxy, the bioterrorists, child traffickers, and pedophiles under his protection, said a Mar-a-Lago-source familiar with Trump and Putin’s conversation.

Putin shared with Trump a March 5 intelligence assessment that put the number of American paramilitary forces in Ukraine at approximately 575. He would not say how exactly the FSB, Russia’s Federal Security Service, arrived at that figure but claimed to have irrefutable evidence that they were committing atrocities against Russian forces.

When Trump asked Putin to expound on at least some evidence, the Russian president said four men, obviously American, were killed in battle while attempting to thwart Russian soldiers from isolating and eliminating an Israeli bioweapon engineer who had been holed up in a Kyiv townhouse.

“According to Putin, and I’m only relaying what he told Trump, not attesting to the veracity of his statements, his men entered the building and were heading up the stairs to the apartment of the bioweapon guy when they were ambushed from behind. Three Russians fell almost immediately, and the rest whirled around and returned fire. In all, six Russians and four Americans died, and Putin’s target got away,” our source said.

“President Trump, I understand these men have been tricked by Joseph Biden into defending the criminal Zelenskyy. I have no wish to harm Americans, but they cannot be running around wild or interfere with our sensitive operation. I know your military respects you, and you speak for them, so perhaps you–,” Putin reportedly began.

“President Putin, if they’re ex-military or law enforcement, you’re right, they don’t really know what’s going on over there. They were told you’re an invading force. I can’t speak for them. This is a huge problem, I get it. I understand you must do what you have to do,” Trump said.

Then Putin dropped another bombshell, saying his military had captured two American mercenaries who were in the midst of rigging explosives to the front and rear vehicles of a “peacekeeping” convoy tasked with delivering food, water, and medical supplies to both Russian troops and displaced Ukrainians caught in the crossfire. When interrogated, the mercenaries, who had no identification, refused to identify themselves or declare an allegiance, but said they were “freedom fighters” and “patriots.”

“These men, I can have them executed; they are saboteurs,” Putin said.

“How can you be sure they’re American?” Trump asked.

“President Trump, we know they are. Europeans do not speak with deep American southern accents,” Putin said.

“If true, President Putin, they’re not freedom fighters. They’re not patriots. I can’t speak for them, and if I could, I would in a big way, but I can’t stop ex-military from doing whatever they’re doing, even if it’s very wrong. I can tell you this: Our active duty won’t enter the conflict illegally. That’s all I can say on that matter,” Trump replied. “I can’t speak for all of NATO, but it’s a safe bet they won’t fight unless Americans do.”

In closing, Putin thanked Trump for his time and said he hoped for a swift end to the conflict, but put the onus on Zelenskyy to make peace a reality.

1 thought on “Putin Puts American “Mercenaries” in Ukraine on Blast”