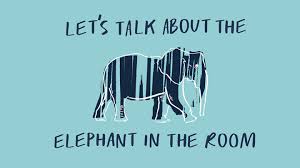 WHETHER disquieting or not, an elephant in the room doesn’t just disappear because poohbahs are nauseated by its stinky and intrusive presence. In other words, wishing doesn’t make it so.

SIMILARLY, Israel’s less than honest top-tier are not known for their “transparency” — most especially, when it reflects poorly on their decision-making, in tandem with their lust for power and control. It is what it is. Again, wishing doesn’t make it so.

IN this regard, to get to the bottom of the deception within Israel’s Ministry of Health, look no further than to the below. It is bullet-proof.

INDEED, like night follows day, no one in the know expects an admission, or anything even remotely close to a mea culpa, to come from the quarters of the powers that be. Rather, a “slow-walk” back from the edge of their so-called miscalculations is the best one can hope for.

New results out of Israel today show a fourth dose provides minimal protection (and this is just after it’s given, at the peak):

Which may explain why the Israeli finance minister got Omicron FIVE DAYS after his (second) booster! Too bad. So sad.

2 thoughts on “Israel: So much for that 4th booster…Whaddayaknow??”