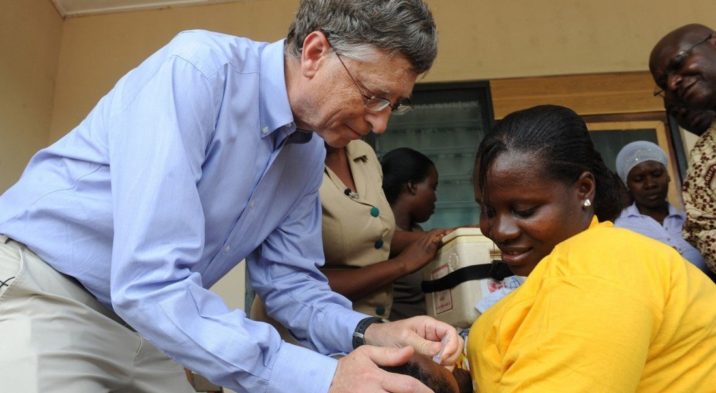 (Scroll down the link to hear Bill Gates at a TED talk, just 11 years ago, telling the world how vaccines and abortions can reduce the population by several billion people.)

REGULAR readers have been following with intense interest the goings-on at GITMO (and related special ops holding/interrogating facilities) via JAG, that is, relative to high-powered political and heretofore untouchable/invincible elitists. The most evil among evil.

THE calculus has become: since America’s court system has zero interest in meting out justice according to the rule of law — rather, having devolved into a cross between a (leftist) captured operation via the bench, coupled with Soros bought and paid for DA’s/Prosecutors — what are the chances of the worst of the worst being punished?

ALL of which has left millions upon millions of law-abiding citizens wondering: what, if anything, will it take to bring America’s most vile and evil power-brokers to heel, and who will do so?

IN response to what has become an epidemic of national treacheries, JAG-style justice has come to the rescue. In so doing, the latest tribunal must be reviewed, before heading to what is nothing short of a most righteous judicial rendering.

ONCE done, prepare yourselves for what lies ahead — all thanks to the heroes at JAG and their special ops help-mates!!

ONE more thing: as previously mentioned, the Mockingbird Media will never, ever report on any of this blessed news. Still yet, in so far that even the most powerful have yet to (legitimately) be in two places at once, well, trust, Gates’ (and others who are equally “unavailable”) handlers have enough doppelgangers at the ready. So, don’t be shocked if he “appears” all over the place, in a manner of speaking.

The fireworks continued Wednesday morning as Vice Adm. Hannink offered into evidence additional proof of Gates’ illicit ties to the vaccine industry. Documents obtained from Gates’ personal server outlined how he in 2011 distributed vaccines “carrying serious side effects up to and including death” to 41,000 children in poverty-stricken India, after meeting “mild” resistance from vaccine distributors in the U.S. Gates claimed the vaccination granted absolute immunity against a strain of “super polio” that was ravaging the impoverished.

Rather than inoculate recipients against polio, the vaccine exacerbated it and left over 40,000 children crippled or dead.  And while cases of polio indeed were on the rise, the mysterious “super polio” was pure fiction, invented by Gates and a consortium of international vaccine distributors. Gates even travelled to India to help administer the product, which was often given orally, as a sign of good faith.

“By his own documents, Gates and his people had waged a massive marketing campaign to convince the people of India that his “super polio” was resilient to current vaccinations and that only his product, which he personally endorsed, could stave off the imaginary, virulent strain. He had the audacity to handfeed his poison to innocent children,” Vice Adm. Hannink addressed the tribunal.

Baluarte objected: “Let’s pretend a moment that this court is just. Let’s further pretend these outlandish tales are true. How, tell me, can an American military court prosecute for crimes against foreigners on foreign soil?”

Since the children were American citizens, born to American parents, the military had authority to prosecute Gates for their deaths, as is stipulated in the Insurrection Act of 1807, which Donald J. Trump activated prior to leaving office.

“Gates’ diabolical ventures didn’t stop with India,” Vice Adm. Hannink told the 3-officer panel. “Four years later, he repeated his so-called humanitarian mission in the Democratic Republic of the Congo—that time claiming he’d developed a cure for HIV. And while we can’t prove any Americans died of that drug, we know at least 27,000 Africans did—and this all points to motive.”

“You met privately with Fauci five times, at his home and yours, between December 2019 and July 2020. Your own documents discussed ‘donating’ tens of millions of dollars to pharmaceutical manufacturers in exchange for getting 10 times your ‘investment’ back once vaccines were marketed. In your own words, Fauci approved of the idea. If you’re such a philanthropist, why were you expecting kickbacks?” Vice Adm. Hannink said.

Gates’ lawyer instructed him to not answer the question.

“And did you not discuss placing what you referred to as a ‘nano-centric biometric recorder’ into vaccines—a chip, as it were, that would send biomedical data of recipients back to the vaccine manufacturers and to the NIH and to the CDC without the recipient’s knowledge?” Vice Adm. Hannink went on. “This invasion of privacy—and we are working to determine if this took place and the scope—is just another of example of Gates’ madness. We believe the Office of Military Commissions has offered enough prove to convict the accused and sentence him to death. But that decision is in your hands,” he told the 3-officer panel.

The officers needed not one minute to reach a unanimous decision; they found Gates guilty on all charges and asked that he be hanged for his atrocities. Vice Adm. Hannink set an execution date of October 5, 2021.

8 thoughts on “Military Convicts Bill Gates … A Blessing On Their Heads … Off With His!”