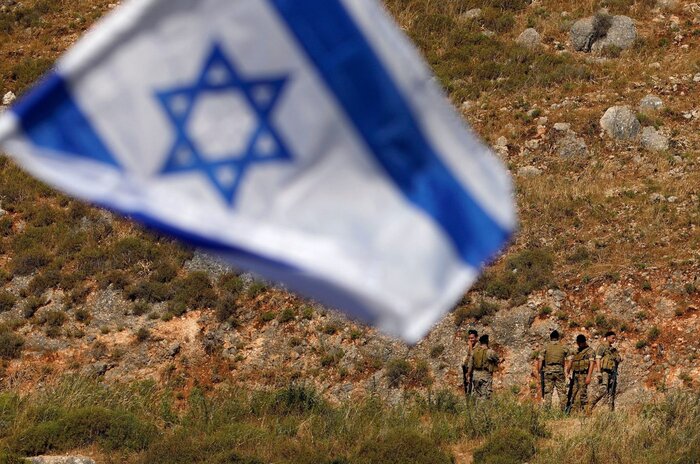 Photo (above): A picture taken on May 20, 2021, from the northern Israeli town of Metula near the border with Lebanon, shows Lebanese army soldiers on the outskirts of the southern Lebanese village of Kfarkila. – The Israeli Palestinian ongoing military conflict has many eyes trained on the Lebanese border for a reaction from the Iran-backed Hezbollah, but observers argue the Iran-backed movement is unlikely to risk an all-out conflict. (Photo by JALAA MAREY / AFP) (Photo by JALAA MAREY/AFP via Getty Images)

Defense Minister Benny Gantz said blame falls on Lebanon for the attack, since it harbors terrorist groups hostile to Israel.

“Israel will act against any threat to its sovereignty and its citizens, and will respond in accordance to its interests—at the relevant time and place,” Gantz said. “[Israel] will not allow the social, political, and economic crisis in Lebanon to turn into a security threat.”

During the Gaza conflict in May, rocket and drone strikes came from southern Lebanon, raising alarm bells that Iran-backed Hezbollah would join Hamas in shelling Israel. Former secretary of state Mike Pompeo warned, due to their advanced weapons technology, Hezbollah’s entrance into the conflict would prove highly dangerous. A Foundation for Defense of Democracies report published in May shows Hezbollah operatives remain deeply entrenched in Lebanon’s financial system and political interests.