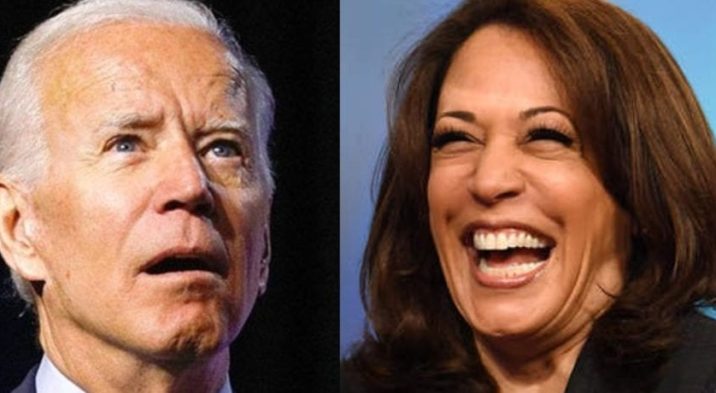 NONE of us who understands the Harris-Biden score — yes, the order of sequence is not for nothing — and that of the DemocRAT Mafia ensconced within Capitol Hill under Cammie-the-Commie’s thumb (as ordered by her real handlers, Obama 3.0), believe, even for a nanosecond, that the current relationship between the U.S. and Israel is anything but hostile. As such, the core question is:  Will the America-Israel Alliance Survive the Biden Administration?

SIMPLY put, all of the key players in the administration are beyond the pale — when it comes to anything Israel-related. Period.

SO much so, the aforementioned overt animus was expounded upon at the following analysis, Washington in the hands of the Left: One blow at a time, but blows they are. Israel National News, By Adina Kutnicki

IN this regard, as always, let’s begin from said realistic perspective. Starting point. After all, wishing doesn’t make it so! Ask yourselves: Who Is The US President? Kamala Harris, Not Biden Is Talking With Foreign Leaders – CAMMIE-THE-COMMIE FRONTS FOR CROOKED/DEMENTIA/SLEEPY JOE!

IN light of the above truth-telling, it should hardly be unexpected that PM Netanyahu spoke with the so-called VP, instead of crooked/sleepy/dementia Joe! Agreed?

Who is really running the country?

Kamala Harris on Thursday spoke to Prime Minister Benjamin Netanyahu of Israel as Joe Biden slouched around the White House.

Joe Biden hosted a group of House members at the White House on Thursday and joined a virtual call with NASA.

Apparently Biden’s schedule was so grueling today that he had to have his babysitter Kamala take another call with a foreign leader.

Per The White House:

Vice President Kamala Harris spoke today by phone with Prime Minister Benjamin Netanyahu of Israel, and underscored the Biden-Harris Administration’s commitment to the U.S.-Israel partnership. The Vice President emphasized the United States’ unwavering commitment to Israel’s security. She expressed strong support for Israel’s recent groundbreaking normalization agreements with countries in the Arab and Muslim world, and stressed the importance of advancing peace, security, and prosperity for Israelis and Palestinians alike. The Vice President and Prime Minister agreed on the importance of continuing close cooperation and partnership on regional security issues, including Iran’s nuclear program and the regime’s dangerous regional behavior. They discussed the importance of advancing scientific cooperation between our two countries and efforts to contain the COVID-19 pandemic. They also noted their respective governments’ opposition to the International Criminal Court’s attempts to exercise its jurisdiction over Israeli personnel.

Kamala Harris is playing a key role in foreign policy just weeks into a new administration because dementia Joe is not mentally fit to hold office.