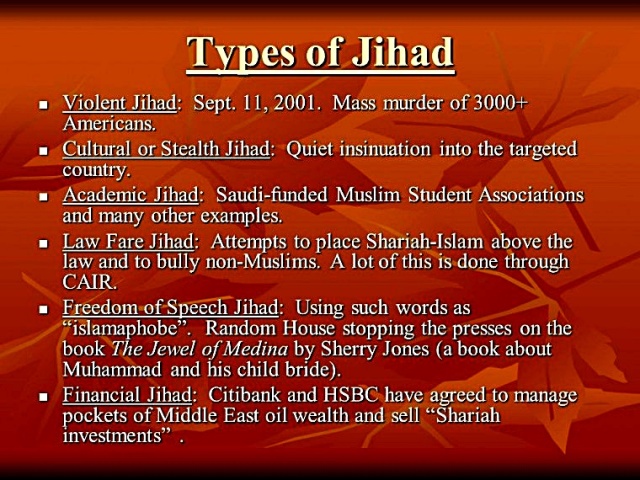 INTRODUCTION BY ADINA KUTNICKI: Step-by-step, creep-by-creep, and, most insidiously, stealth-by-stealth, Islamists in America — assisted by Islamic regimes throughout the Mid East and beyond — are Allah-bent on imposing Sharia Law on America. Of this, let there be no doubt. In fact, an  admission from Ibrahim Hooper, a core founder and director of CAIR — the Muslim Brotherhood Mafia’s, Hamas, highly-entrenched propaganda arm throughout America and Canada — is brazen enough to admit as much!

Not only that, as (more than) inferred, its cancerous spread takes many forms, yes, it does. But the latest infiltration and penetration has taken place during a very interesting time-frame; indeed, in the midst of a first-ever, draconian nation-wide lock-down! Resultant, many are too preoccupied and unaware of said intrusions into the public sphere  — of course, with the helping hands of their red-aligned comrades!

Mind you, it was totally expected and predicted that “any city USA” would hop on board, regardless that Culver City, CA was the next one to follow suit and mirror the out-sized “success” (reported on at this site, April 25) in Minneapolis, as demonstrated below:

U.S. Imam: ‘Islamists Have The RIGHT To Take The Property Of Christians And Jews’ + Muslim Call To Prayer BROADCASTED In Major US City – The Nexus

………A Minneapolis neighborhood, which lies in controversial Democratic Rep. Ilhan Omar’s district, will begin broadcasting the Muslim call to prayer five times a day over outdoor loudspeakers throughout the month of Ramadan, reports say.

A Minneapolis neighborhood, which lies in controversial Democratic Rep. Ilhan Omar’s district, will begin broadcasting the Muslim call to prayer five times a day over outdoor loudspeakers throughout the month of Ramadan, reports say.

To reiterate, the above excerpt (on April 25, 2020) was featured a mere month ago. Think about said warp speed implications and its potential piggy-backs and knock-on effects. In other words, which city/town will be next?]

The coronavirus pandemic has served as a shadow over the whole country under which many are hiding the spread of some very dangerous ideas.

Across the country, Muslim communities have taken advantage of the fact that they have not been allowed to meet in person to justify the public blaring of Islamic calls to prayer.

Culver City, California is the latest city in the US to allow Islamic calls to prayer, called an “adhan,” to blast five times a day from a loudspeaker.

Many Culver City residents, however, say that the call to prayer is too loud and have issued formal complaints with the police department.

Mahmood Navi stood on the roof of King Fahad Mosque and used a microphone to belt out the Islamic all to prayer.

The police revoked the permit for amplified noise after several complaints from residents, who are apparently not as progressive as many of California’s residents.

Three days later, the city reinstated the permit should the mosque agree to lower the volume.

Outside the Culver City mosque, some pedestrians stopped in their tracks when they first heard the adhan, seemingly surprised. This was something new, and it was not altogether clear how it would be received — as with many things Muslim in the U.S.

But in Culver City, the call to prayer did not go unchallenged for long.

After four days, on May 18, the city’s police department revoked the amplified noise permit, citing people congregating at the mosque in violation of the county health order, as well as “numerous loud noise complaints from area residents.”

“We have had and will continue to have a great relationship with mosque leadership,” said Capt. Jason Sims with the Culver City Police Department. “We are certainly happy to help with facilitating any type of service that is not in violation of county health orders.”

Three days later, the city changed course again, reinstating the permit on the condition that the mosque lower the volume.

In Minnesota, a Detroit neighborhood became the first US city in history to issue the call to prayer from an outdoor speaker on the rooftop of Dar Al-Hijrah Mosque in Cedar-Riverside at the beginning of Ramadan last month.

2 thoughts on “Islam’s Insidious Encroachment On America’s PUBLIC Sphere, One City At A Time: Ramadan Practices Have So Dominated LA Neighborhood, It’s Prompting Noise Complaints – That’s The Least of The Danger – By Adina Kutnicki”