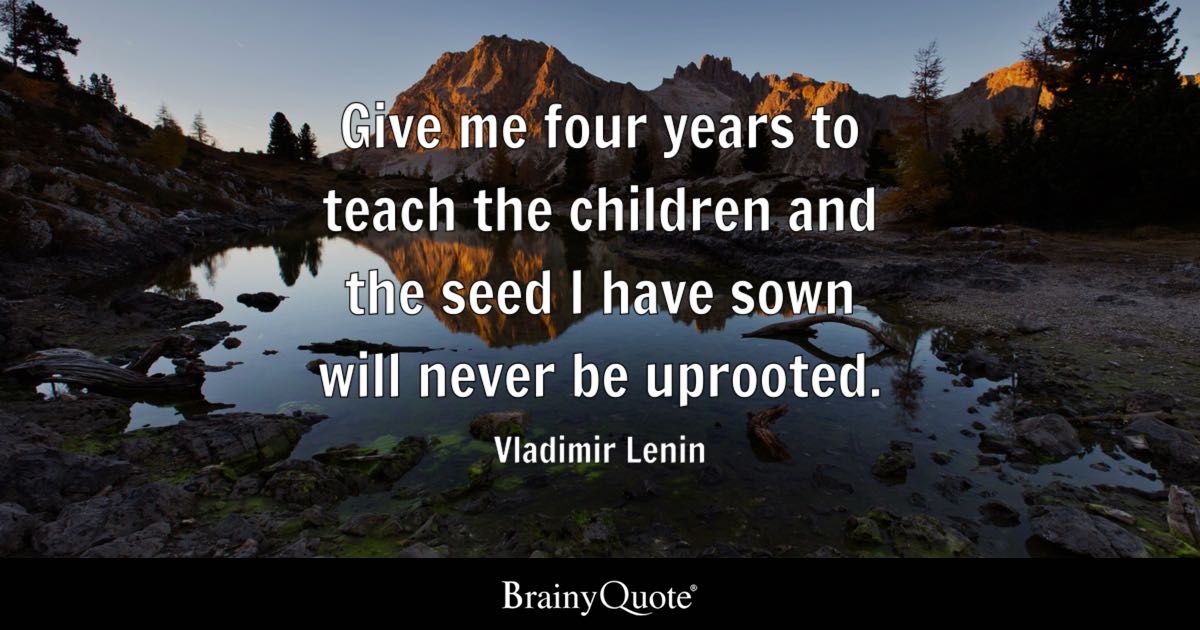 EVERY devoted disciple of communist/socialist/Marxist theory (six of one, half a dozen of another) intuits this basic understanding and underpinning: In order to destroy a freedom-based society, the leadership must eviscerate the traditional family. Period. In so doing, capturing the hearts and minds of the kiddies – by whatever means necessary {emphasis added} – must take place.
AND this is precisely why America’s far-left, anti-western politicians (with Clinton Inc. and Obama Inc. in the forefront and leading the charge), in tandem with a concomitant (mis)educational apparatus, have, in one form or another, enmeshed in the revolutionary teachings and tactics of Saul Alinsky via “Rules for Radicals.” As such, they are in thrall of Bill Ayers, yes, that “educator”; a re-koshered (yesteryear and unrepentant) domestic terrorist! Demonstrably, the establishment, lying media is at their collective service. Birds of a feather.
Hillary & Obama Idolized Saul Alinsky…Who Idolized Lucifer (amply evidenced via this embedded video} https://www.youtube.com/watch?v=GSpQu_pUrUs
STILL yet, to gain a more crystallized view of the nexus between anti-American U.S. politicians and their (mis) educational cohorts, look no further than to “Bringing Down America: A Review” at American Thinker – as it happens, it is a book review that this writer was requested to pen. Not for nothing.

For the record, El (Al) Fatah was the referenced Arab guerrilla group. Yes, the very same terror outfit spawned by the godfather of suicide terror, “Chairman” Yasir Arafat, a recipient of the Nobel Peace Prize. In tandem, the Weathermen conspired with the KGB and attendant communist regimes. The war being waged against the U.S. by the radical left and Islamist jihadis is premised on the U.S. as the Western spear and Israel as its twin “imperialistic” cousin. It has been playing out for decades, in one form or another. Nothing has changed other than the fact that many escaped justice and are entering their senior years. Despite their advancing age, they are as dangerous as ever — perhaps more so. Bill Ayers, the foremost leader of the Weathermen “is in his third decade as a national leader in the movement to radicalize the educational training of schoolteachers“. His wife, Bernardine Dohrn, a top leader too “is a professor of law at Northwestern and a high-ranking officer in the American Bar Association.” Eleanor Raskin (ne Stein) “is a law professor at S.U.N.Y Albany and, astonishingly, a NYS administrative law judge”. Jeff Jones “currently heads the New York-based Apollo Alliance, a highly influential coalition of labor leaders and environmentalists, and was responsible for drafting President Obama’s 2009 Recovery Act.”

Many westerners believe that history is behind them and therefore has no relevance to their lives. Nothing could be further removed from reality, or more deadly. In this regard, stepping back in time to the late 1960’s and into the 1970’s couldn’t be more imperative or instructive.

IN this regard, a sure-fire way to capture the hearts and minds of the kiddies is to indoctrinate them, one generation after another, into a totally confused mindset. As a result, by the time they reach their teens, they don’t know if they are coming or going. Truly.

THIS here nor there (mental) misfiring is accomplished via several fronts – one of which relates to the “fluidity” of gender identity, coupled with a knock-on effect leading to sexual promiscuity. While this cause and effect may not be 100 percent successful, the smashing of hetero-normativity is a done deal. As a result, they become incapable of separating biological facts from fantastical “teachings” – all of which are uni-focused towards the annihilation of the traditional family unit!

AND it is to this end – atop a laundry list already evidenced at these pages – the following should be deemed adjunct bombs lobbed in the direction of impressionable kiddies and, in no small measure, towards parents – some of whom are clueless, while others are on board. Despicable. Deplorable.

ATOP it all, an anti-American, anti-historical curriculum is taught from K-12. Alas, by the time a preponderance arrive on this or that college campus – throughout all 50 states, be they private, public, small, large, or anywhere in between – they are cooked. Indoctrinated.

MOST significantly/incontestably/consequentially, it is overwhelmingly the case that it is through the destruction of the traditional family that an array of powerful force multipliers – inside and outside America – are taking aim at western civilization.

MIND you, while the destructive swathe against America’s kiddies is taking place, more than a few publicly funded – no less – universities are giving the communist Chinese regime “open sesame” access to the hearts and minds of the future leaders of America, as well as granting them the economic and technological keys to America’s intellectual assets. OMG!

STILL yet, a factual “lesson plan” is in order – one in which the aforementioned conspirators (some of whom are material supporters, while others lurk nearby….it just depends) follow, in one form or another.

Chapter Seven: Destruction of the Family (Part I)

The Epoch Times is serializing a translation from the Chinese of a new book, How the Specter of Communism Is Ruling Our World, by the editorial team of the Nine Commentaries on the Communist Party.

Listen to the audiobook, by clicking here:

1. The Traditional Family Laid Down by God

2. Communism’s Aim to Eliminate the Family

4. The Practice of Wife-Sharing Under Communism
a. Wife-Sharing in the Soviet Union
b. Sexual Liberation in Yan’an

5. How Communism Destroys Families in the West
a. Promoting Sexual Liberation
b. Promoting Feminism and Spurning the Traditional Family

INEXORABLY, this real conspiracy has been in place since the Presidency of Woodrow Wilson, but it ramped up in the 1960’s – and it is almost coming to fruition. Once again, their goal is the nation’s (inevitable) collapse. And, in its stead, the replacement of an amalgamation of a communist/socialist/Marxist regime will – heaven forfend – emerge. Sooner than later.

9 thoughts on “The Destruction Of The West Runs Through Academia: K-College In Far-Left’s Death Grip! Commentary By Adina Kutnicki”