Many are familiar with the saying:”In this world nothing can be said to be certain, except death and taxes.” Indeed.

While this axiom is attributed to Benjamin Franklin (upon the establishment of the Constitution, he wanted to impress upon the citizens that nothing is permanent, that said national treasure will require, for generations to come, the utmost safeguarding), its inherent truth is hardly relegated to America’s Founding Document. This is so, even though the nation is, 232 years onward, completely fractured – between those who believe in its underpinnings, vis-a-vis others who seek its complete dissolution. Dismantlement.

But this discussion is about another hot button subject, that which no one will escape – unless family ties are non-existent. In itself, a tragedy.

In this regard, how many adults have thought about (never mind, seriously discussed) what they will do when a loved one dies (whether a spouse, a parent, a child, or a sibling, the closest familial ties) and called upon to “say goodbye” to the dearly departed?

Yes, it is a topic that many prefer to sidestep or avoid altogether. Still yet, as Benjamin Franklin wisely noted, it is inescapable. As such, before confronting life’s most painful journey, that is, the loss of a loved one, let the discussion begin, albeit without the (preferable) one-on-one contact.

But before delving into this sensitive and touchy arena, the following is a necessary backdrop:

Recently, while sitting around my Doc’s beautifully appointed (Shabbat) dinner table with four other couples, the lively discussion took several twists and turns – one of which, initially, sent a chill and left me feeling cold.

Not unlike whiplash, it veered from sharing sweet and (some very) funny kiddie updates; to upcoming holiday plans; to opinions re Israel’s slate of blowhards running for election, pivoting, sharply, to this pointed question: To view or not to view? Huh? What a juxtaposition to an otherwise serene atmosphere!

Mind you, my partner, my Doc, was as surprised as I was at the serious turn the discussion took, as he quietly asked: Should he steer it elsewhere? He knew where they were headed before I did, and that it may well stir up some “ghosts.” I signaled that he should let them continue. In retrospect, a good move.

As it happens, said (very interesting) colleagues/friends regularly partake at one another’s tables; a close-knit circle of surgeons, who, by their job description, face life and death decisions on a daily basis. Basically, they are a “brotherhood”, of sorts, who speak the same language. Alas, in their mindsets, such a sensitive topic/question is not considered indelicate for table-talk. As many know, and others have come to realize, I am hardly the wilting flower type. Hmm.

Even so, as the discussion ensued, its implications became very clear, and, as a result, these ears really perked up – just as the surgeons hit the “nail on the head”, and without even knowing it! More on that below.

Notably, in their combined years of practice, a familiar pattern has emerged: when a patient succumbs, whether during surgery, post-op, or even years after the initial operation, in one way or another, their families expressed much sorrow and regret – not only over losing their loved one, but for having neglected to prepare themselves, if asked: To view or not to view?

In other words, when notified of a loved ones death (most acutely, with a sudden/traumatic loss), many are left unaware that they have the option to “say goodbye” in the hospital’s mortuary, before the deceased is taken to the funeral home. In this instance, the surgeons were emphatic: even the calmest person, when in the throes of shock from a death notification, can barely put one foot in front of the other, let alone decide: Should I view or shouldn’t I? Hence, they are fully convinced that this medically neglected (hospital) arena is in dire need of reform. Remediation.

As they segued from one fault-line to another (rapidly so….I had to ask them to slow down for the non-medically trained), they also identified and dissected the most intrinsic factor of all: the lingering emotional side effects – some of which can be life-long – when one makes an “uninformed”, split second decision during a life-altering event.

Furthermore, they observed the following ramifications: without any forewarning, many have been horrified, thus, unnecessarily traumatized, after viewing their loved ones displayed on a cold, stainless steel table. Adding insult to grave injury, they were not even afforded any privacy, when “saying goodbye.” The families pointed to an additional regret, primarily, they now have a searing image of the deceased in the mortuary. Still yet, the surgeons emphasized: had they been informed by qualified hospital staff about what to expect, it may have avoided compounded traumas.

In the main, they concluded: if inclined to “view”, the decision is often made without a proper discussion with on-duty personnel, regarding what to expect, when facing a loved one in the mortuary.

On the other hand, countless have regretted not “saying goodbye”, for one last time. At its base, a Solomonic decision is placed before the bereaved.

All of which brings the discussion back to Doc’s initial concern: Should he steer the conversation elsewhere, knowing that it could stir up some “ghosts?”

Without going into too much detail, as one who deeply regrets not “saying goodbye” – after the sudden death of my beloved husband – it was an absolute disgrace that no one bothered to explain to me my options, the pros and the cons. Instead, a doctor from the morgue at Valley Hospital in Ridgewood, NJ (our local hospital) brusquely asked: Do you want to see your husband, or not? To say that I was stunned, that he added one trauma atop another, is a vast understatement. Besides, I had no idea what saying yes, or no, even entailed! Alas, the reference to “hitting the nail on the head”, and without even knowing it, comes full circle.

At the end of the evening, and after much heated back and forth, they decided that the status quo is no longer viable. Therefore, they agreed to set up a “working committee” – to see how best to assist those left behind, even as their life’s work is geared towards surgical procedures, as this conference (one of many) highlights. 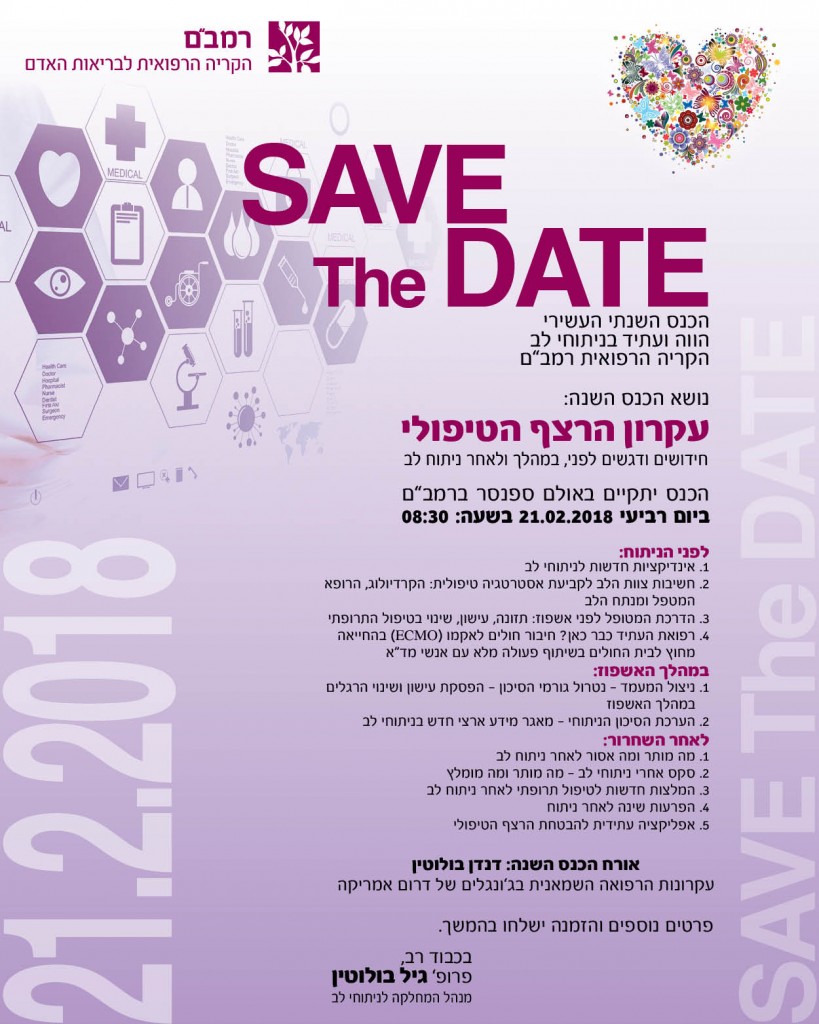 As to the details, well, I will pry them out of my Doc. But what I do know is this: as a first step, a list of recommended protocols for hospital staff (who deal with death notifications, upon the arrival of next of kin to the hospital) will be compiled. To be sure, when these guys decide on a course of action there is no stopping them. Rambam…..Ichilov….. your surgeons are on a (notification) mission!

Significantly, since this pro-active and highly assertive (in more ways than one) “brotherhood of surgeons” recognize that I possess this and that media platform(s), they are encouraging me to highlight this arena of concern. Pleased to be of service.

Oh, while they work within their newly-formed committee, they asked for another assist – one that will point the readership towards a particular abstract, to be viewed as an “opening shot” towards the ongoing reforms.

So, here it is: “Viewing The Body After Bereavement Due To A Traumatic Death: Qualitative Study In The UK” is their initial recommendation. Know that they recognize this too: regardless of the manner of death, a much-needed overhaul is necessary.

Overall, their committee aims to disseminate updated protocols, some of which will be targeted for hospital consumption, while others will be directed towards the public at large.

Dear reader, pay this discussion/information forward. After all, you never know how many will be helped by it in their time of need! If only someone had been there to guide me, even information-wise……

4 thoughts on “Facing The Death Of A Loved One: To View Or Not To View? Commentary By Adina Kutnicki”