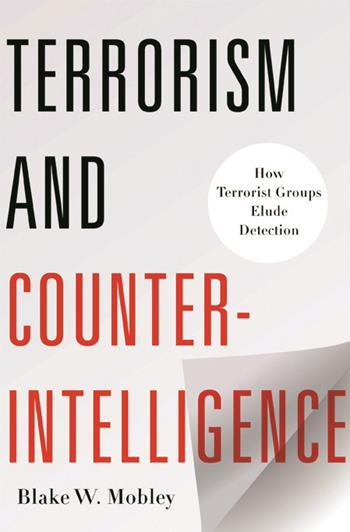 FULL DISCLOSURE: One of the major benefits of being an American-Israeli investigative journalist is access to deep cover contacts within both countries – some of whom are fellow journalists, while others are counterterrorism and counterintelligence operatives. It is a rare occasion that their “droppings” haven’t borne fruit. Par for the course, there are strings attached, most of which are quid pro quo’s. Fair is fair. Pleased to oblige. Besides, said “gifts” are, more often than not, worth the heavy-lifting done on both ends.

Now, it is from this privileged (and, it is) perch that these eyes are positioned to “see from there to here” – unlike others, who may be equally discerning, but lacking in this and that bird’s eye view. Never mind those who are blind as bats due to ideological biases.

For the record, whether contained within several global interviews, or at exposés found at www.adinakutnicki.com, there is overwhelming evidentiary and supportive trails to the thesis at hand, that is, that the IDF’s hands are tied – either in relation to the massive build-up of Iranian agents dug into Israel’s northern borders (Syrian and Lebanese), or the tying of their hands at Israel’s southern border vis-à-vis Hamas.

Inextricably, this is the case, as ordered by PM Netanyahu a/k/a “Bibi” to “stand down”, to hold their firepower. In turn, the IDF’s military correspondents are silenced re any reporting thereof. Within certain circles in Israel, this quasi-censorship is an “open” secret.

Mind you, none of this silencing should be misconstrued, most especially, respective to what must be kept secret due to national security. Not only that, the following doesn’t obviate the courageous and daring strikes – deep inside Syrian territory – to keep the most lethal of all weaponry from falling into the enemy’s hands. Never mind the targeting of high-level Iranian agents, as they “mysteriously” explode – BOOM! Couple it all with the Mossad’s grand capture; the spiriting of Iran’s nuclear secrets from vaults overseen by the (fearsome) Revolutionary Guard’s Intelligence Organization!! Kudos and more kudos. ישר כוח. Mazal tov too.

Be that as it may, the trail which readers should zero in on to better understand how this address is, as mentioned, able to “see from there to here” – specifically,  relative to what is (more or less) taking place within spitting distance from Israel’s Golan border – can be found at “Al-Qaeda/Al Nusra Knocks At Israel’s (Golan) Door: Druse In The Mix. Blow-Back Predicted Here“, June 17, 2015. An intrinsic excerpt is as follows:

…..Not to be lost in the discussion, nearby the impending storm butting up against the encroachment of ISIS, live Israel’s Golan Druze (alongside Israeli Jewish communities), many of whom have relatives right over the border within Syria’s Druze community. Druze, on both sides of the border, are terrified by what they are actually witnessing with their own eyes; their encirclement by ISIS, with the “rebels” in tow!

In the main, Israel’s Druze are very loyal citizens, serving with distinction in the IDF. Emblematic of said devotion, look no further than to Ghassan Alian, a true Israeli hero. Similarly, another hero emerged, but Zidan Saif was tragically killed in a firefight, while defending Jews praying in a Jerusalem (Har Nof) Synagogue. G-d rest his soul.

Along this dangerous terrain, certain matters have come to this investigative journalist’s attention, being an American-Israeli living in Israel. Significantly (and attributed to a Golani Druze journalist, who shall remain nameless), he interviewed Syrian Druze and they credibly documented ISIS, for quite some time, inside their border, one which is adjacent to Israel’s Golan!

The urgent query becomes: could it be remotely possible, in any rational reality – with Israel’s second to none “eyes in the sky” and other operational capabilities – that they haven’t seen the “rebels” merging with ISIS, long before this week’s “announcement”? Whom are they kidding?

In this regard, there is a growing sense of outrage within the Druze community, as they realize that Israel’s leadership “lent” the IDF to quarterback for Obama’s “rebels”, those whom have proven to be (many months ago) ISIS/Al-Qaida/Al-Nusra affiliated!

Once again, a source has confirmed an unfathomable situation: Israel’s gov’t is clearly taking care of the medical needs of Obama’s “rebels.”

Reportedly (another contact would have to go into hiding, if his identity was revealed), Israeli hospitals are at their disposal! Therefore, it is up to others to document the story’s underlying basis……

Onto the most recent encampment, entrenchment and encirclement of Israel’s Golan – again, right under the IDF’s ever-watchful eyes, as confirmed to these ears by some of those alluded to in the opening paragraph, as well as in the above report from July 17, 2015. Indeed, open source has now confirmed that which, on a regular basis, has been warned by this one and that one over the past few months.

Israel’s armed forces are distributing tents, food, water and medicines to the tens of thousands of Syrian refugees reaching its Golan border in flight from the incredibly brutal Russian and Syrian air strikes on southern Syria. The figures are staggering – 342 air strikes on Thursday night, June 28, against rebel-held towns near the Israeli and Jordanian borders – of which 299 were conducted by the Russian air force and 43 by Syrian pilots. Nawa, a town opposite the Israeli Golan border took the heaviest bombardment.

Israel’s military correspondents, playing ball with the IDF, are withholding these horrific figures from the public, and so people don’t understand how 60,000 refugees fleeing from Nawa are suddenly fetching up on Israel’s northern border and joining the 20,000 already encamped there. While the IDF’s humanitarian conduct is laudable, the reason for the disaster is not. This new human catastrophe could have been prevented had the IDF acted in time to preempt the threat to Israel’s borders, and countered the onslaught on Daraa mounted by Assad’s army and allies with Russian air support 10 days ago.

However, Israeli inaction was part of another development not shared with the Israeli public: President Donald Trump quietly decided to let Syria go to Russia in the interests of a successful summit with Vladimir Putin in Helsinki on July 16. Israel, Jordan, the Syrian rebel and Kurdish groups hitherto backed by the United States were left to fend for their own security as best they could. As a last concession, the US turned a blind eye to Putin’s pass for Iranian and Hizballah forces to move in along with the Syrian army……

How is the IDF going to prevent this disastrous security calamity from developing on Israel’s northern border? As word spreads across Syria that food, shelter and medical treatment are available, the refugee population sitting on Israel’s border around Quneitra will swell to unmanageable proportions. For Iran and Hizballah, a large refugee camp is the perfect lair from which to reach and terrorize northern Israel.

Alas, as I have repeatedly analyzed at interview after interview, the looming disaster – and it is one – at Israel’s Golan border wouldn’t be primed to explode, if not for the fact that PM Netanyahu (over 9 yrs at the helm, preceded by 3 yrs as PM, from 1996-1999) has continuously tethered the nation’s national security to Washington’s apron strings – be they Clinton’s, Bush’s, Obama’s, and, now, Trump’s.

In a (geo-political) nutshell, it explains how thousands ! of Iranian agents are escaping the IDF’s massive firepower at its disposal, even as they inch within a stone’s throw from Israel’s Golan – especially, after all their mega-lifting via this and that strike into Syrian territory! As is said, what’s up with that, Jack, er, “Bibi”? Again, in genuflection to Trump ala two words: Russian Summit.

And while Syria will surely be on the menu, so to speak, the fact remains that now that thousands of Iranian agents are inserted on Israel’s borders, they will never budge, unless the IDF is given “permission” (by Trump, then, by Netanyahu) to dispatch them, once and for all. Mind you, Putin has zero (financial/geo-political) interest in dislodging them, for heavens sake, Russia gave them air and ground support – regardless, of any so-called “promises” to Trump AND Netanyahu. Besides, incontestably, it is akin to closing the barn door after the (terror) horses have escaped – on steroids!

Most significantly, despite President Trump’s demonstrative support for Israel – America’s only reliable ally in the Middle East – his decisions are based (as they should be) on domestic and foreign pressures. Some of which include – through a display of hyper-muscle power politics – mitigating the trumped-up charges now being played out through Mueller & Company’s never-ending Russian investigation, a witch hunt. Enter: the much ballyhooed Russian Summit. Hmm.

But just as Trump must place domestic interests first, so too must PM Netanyahu; a lesson he fails to learn, over and over again. And this Jewish national tragedy has been manifestly proven – here, here, here, here, and at countless other links throughout Adina Kutnicki: A Zionist & Conservative Blog.

Seek and you will find.

May G-d have mercy …. keeping us safe from our enemies and our feckless leaders!

UPDATE, July 2, 2018: The Khalid ibn al-Walid Army commands the Yarmuk junction of the Israeli-Jordanian borders opposite the southern Israeli Golan villages of Ne’ot Golan, Lahavot Habashan and Hamat Gader, (See attached map). Its estimated 2,500-3,000 fighters have now been augmented by several thousand Syrian rebels. The concern now is that this ramped-up fighting organization will attract more rebel groups, especially in the Quneitra region, and establish a solid new anti-Assad alliance in the southwest. This presents Israel with a  dual threat: an aggressive army of fighters dedicated to ISIS rising on its Golan doorstep and a Syrian-Hizballah assault on Quneitra for cutting them down.

To wit, what’s the upshot – refer to the above linked July 17, 2015 analysis, as it connected the ISIS/”rebel” alliance, and Netanyahu’s assists thereof to HUSSEIN’s dictates: take care of the “rebels!”

4 thoughts on “Why Are The IDF’s Hands Tied, As Iranian Agents AMASS At The Golan? What Are IDF Military Correspondents Hiding From The Public? Commentary By Adina Kutnicki”