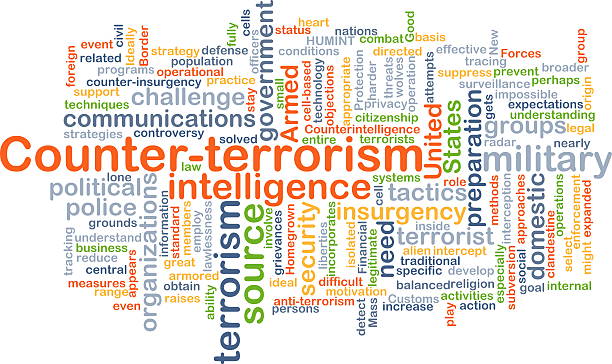 Readers may, or may not, be familiar with the driving forces behind this site. And while there are many moving parts, the fact remains that the security of the U.S. and Israel are its core components.

More specifically, years of networking throughout the U.S. landscape paid huge dividends, in so far that a select group of security types within various intersecting fields seek me out, even as I learned at some of “their knees”, so to speak. Similarly, upon coming to Israel, new relationships were forged, and old ones were renewed. Let’s just leave it at that.

Be that as it may, like most professions, conferences are a part of professional development. However, when it comes to Intelligence & Counter Terrorism, well, certain aspects must remain off the radar, hence, the “closed-door” reference. Incontestably, tactical and strategic measures must stay behind closed doors. The reasons why require no explanation.

On the other hand, the overall conclusions drawn are for public consumption, after all, they are in the cross-hairs.

Still yet, before we head to today’s (having concluded a little while ago) Intelligence wrap up, a brief backgrounder is in order.

Back in August, the 17th to be exact, I received a special invite – a shout-out, if you will – to a U.S. based “closed-door” Intelligence Conference. Several high-profile names in counter-terrorism will be in attendance. Alongside these experts, will be others who are, out of necessity, “unknown” to the general public. In the shadows.

For the most part, conferences in this arena are top-laden with academics whose concentrations are in security studies and international relations, as well as security related government officials. In tandem, an emphasis is placed on counter-terrorism and intelligence.

And while there will be two high-level (non-politicized) academics in the aforementioned intersecting fields, the crux of the conference will focus less upon theoretical matters, but more on practical applications. Facts on the ground.

In other words, the “guests of honor” will be several counter-intelligence agents, whose identities, if revealed, would not only seal their fates, but compromise countless operations. To wit, non-disclosure forms will be signed by all, with the caveat of stiff (financial) penalties, if broken. Perhaps, criminal ones alike.

As is said, this is where the “rubber meets the road.” Effectively, my participation – through a comprehensive and detailed report via confidential sources – will complement some of their findings, that which crisscrossed between the U.S. and Israel, and ricocheted into the wider Middle East.

To date, aside from the publication of my book, BANNED: How Facebook Enables Militant Islamic Jihad, this conference – in both its import and scope – surpasses all. This is no small admission. Even so, upon relating to the head of the conference that traveling from Israel to the States – for a face-to-face presentation – is not viable at this time, an alternative arrangement makes my participation possible.

In this regard, it became my responsibility to access a highly “impenetrable” video-conferencing system – which has been done. Yes, “no man is an island.”

So while I prep for this major task, it must be noted: none of it would be possible without the invaluable assistance of my biggest cheerleader – you know who you are! In recognition, thanks for “securing” my participation to the max – and for so much more, גבר שלי …..

In light of the above, the following were its bullet points:

Trust, the high-level professionals in attendance are the best of the best – bar none. Aside from placing their lives on the line on a continuous basis, they are the unsung heroes. If “unmasked”, their days would be numbered.

Significantly, from the collection of Intel to its ultimate analysis, seguing, to the necessary preventive measures, these Intelligence professionals are right on target. In fact, their ability to fluidity move and adapt to an ever-changing landscape is awe-inspiring. Heart-stopping. It is akin to watching a high-wire act without a net – and then some.

As to the Counter Terrorism professionals – the complementary side to the Intel folks – they are tasked with what is referred to as “counteraction.” Their agile responses to unfolding terror attacks and crisis performance can’t be quantified.

Moreover, the “operational” slide shows brought home the nature of the Islamic-infused beast – yes, they were identified as such. Mind you, those who fight them to the death so that citizens won’t have to, not only have a right to call them what they are, but an obligation to do so. Not only that, particular leaders and their surrogates were called out, and their extreme negligence was placed front and center. On the record.

Conclusively, the following was their considered and overarching analysis: 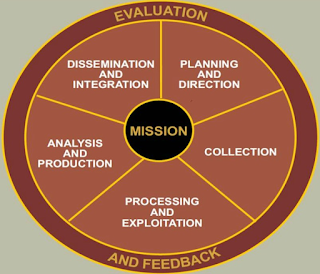