ASIDE from all the looming dangers on America’s horizon, non-Muslim Americans are “blissfully” unaware of a major component of jihad set out by Islamic leadership via the allegiance to the ummah; the supranational communal nation to which all Muslims belong. Like it or not.  In other words, if ones “home base” is within Dar al-Harb aka Dar al-Kufr (conversely, outside an Islamic country, Dar al-Islam ), it doesn’t matter if this or that Islamic directive is frontal or stealth, it is adhered to and that is that. No questions asked.

IN this regard, unlike in Orthodox Judaism and Christianity – whereby having large families is considered a blessing, a gift, from G-d to improve mankind – the Muslim womb is viewed as another weapon to be used to conquer the west, starting with Europe, Israel, and ending with America.

About a decade ago, Qaradawi issued a fatwa on the gradual conquest of the entire continent of Europe via Islamic exhortation (dawah) and the demographic factor, leading to the fulfillment of Muhammad’s prophecy on the conquest of the cities of Constantinople (Istanbul), Jerusalem, and Romiyyah (Rome) as a condition for the emergence of the Mahdi, the Muslim messiah.

“There are signs that Allah will grant victory to Islam in Europe without swords, without guns, without conquest. we don’t need terrorists, we don’t need homicide bombers. The 50+ million Muslims [in Europe] will turn it into a Muslim continent within a few decades.”

MOREOVER, think about how easily an increasing amount of Muslim parents (wherever they reside) are ready to hand over their sons (and daughters) as sacrifices to Allah, and then consider why this is the case! Effectively, either they will die for Islam, or they will live to overwhelm all western lands to reassert the Islamic Caliphate. A win-win. Hardly an anomaly.

SWATHED under said incontrovertible militant jihadi umbrella, Jews in America – comfortable as they are – must recognize some very uncomfortable truths, thus, asking equally uncomfortable questions before it is too late. This analysis is hardly an exaggeration, nor hysteria-talk.

AND if anything is indicative of what awaits – once Allah’s Muslim Terrorists reach critical mass in a decade or so, and surpass Jewish stats (by the millions) in America – a critical evaluation of how Europe went from there to here should set the stage, not only for the future of American Jewry but the nation at large. Will lessons learned from Europe make a dent? The jury’s out.

EFFECTIVELY, commencing in the 1970’s, in a matter of a few short decades after the Holocaust, a demographic shift of steadily increasing Islamic “migrants” started flowing into all parts of Europe. Yes, it was the beginning of the 20th century hijrah for Allah, and it has picked up steam, in spades, ever since.

ALONG this same minefield and trajectory, one only has to review a stepped-up timeline of Islamic attacks against Jews (as their main target, branching out to others along the way….as always, “what starts with the Jews doesn’t end with the Jews”) commensurate with their rising numbers and confidence levels. Understood? So too it will be in America, if objectively viewed without PC blinders serving as restraints!!

Syrian refugees arrive in Europe. Another 10,000 are set to arrive in the U.S. this year and at least that many in 2017. But Syria is only one of 49 Muslim countries from which the U.S. draws immigrants

The torrid pace of Muslim migration into the United States should be sending off alarm bells in the nation’s Jewish community, but so far it has barely registered as the sound of a pin dropping.

The U.S. issued approximately 680,000 green cards to migrants from 49 Muslim-majority nations, as identified by Pew Research Center, in the five-year period from fiscal years 2009-2013, a figure that should be a red flag to American Jews.

There are only 5.5 million Jews living in America. The Muslim demographic is estimated at about 3 million but is growing much faster due to immigration and the high fertility rates of Muslim women.

By comparison over the same five-year period under President Obama, the U.S. issued only about 270,000 green cards to Europeans. A green card is highly coveted because it allows the holder to access welfare benefits, lifetime residency, work authorization and a fast track to U.S. citizenship.

Among those receiving green cards are foreign nationals admitted to the U.S. as refugees, who must apply for adjustment to green-card status within one year of their arrival in the U.S. Refugees have immediate access to state and federal welfare benefits, such as Temporary Assistance to Needy Families or TANF, food stamps and Medicaid.

“Assuming no change in immigration policies, the U.S. can expect to grant green cards to at least another 680,000 migrants from Muslim-majority nations over the next five years,” said a statement issued Thursday by Sen. Jeff Sessions’ office. “The numbers, however, could be higher still: Census Bureau data shows migration from the Middle East to be one of the fastest-growing categories.”

Nobody is watching, but the ramifications could be huge, says Laurie Cardoza Moore, president of Proclaiming Justice to the Nations at PJIN.org, a pro-Israel Christian organization.

To get a glimpse of their future, Jewish Americans only need to look across the Atlantic at Europe, where Muslim immigration has led to almost daily attacks on synagogues, Jewish cemeteries, schools and other Jewish properties, not to mention the attacks on Jewish people such as at the massacre at the kosher store in Paris on the day of the Charlie Hebdo attacks last year.

“If we look at what’s happening in Europe, I think that’s a good barometer of what we can expect to happen here in the U.S.,” Moore said. “My concern about this whole Islamic migration into Europe and into the U.S. is that we did a tremendous disservice to these Muslims. If the real goal is the well-being of women and children, then why did the West take these migrants who are Muslim – their culture is completely different than Western culture – and why didn’t the leaders of the free world go to the leaders of the Muslim world and say, ‘Listen, your people are in trouble. Why don’t you open up your doors and let them in?’”

President Obama’s refugee plan boosts the annual number of Mideast migrants admitted to the U.S. They, in turn, will be able to petition for their relatives to join them to the U.S. under the federal government’s “family reunification” program.

But there is another trend line developing – one that could prove ominous to Jewish Americans first, and ultimately Christians, too….continue reading….

AGAIN, couple said demographic time bomb with HUSSEIN Obama’s own plan to engulf the U.S. with Islam’s followers, and directives from Islamic leaders (cited above) become that much closer to fruition. Yes, be afraid, very afraid, and then prepare yourselves! Armed. 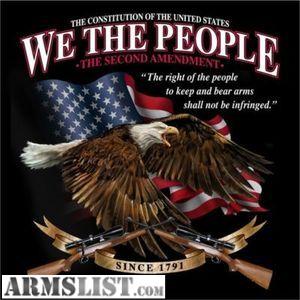 MIND you, it has already been reported at this site that Allah’s Muslim Terrorists – the so-called “refugees” – are impossible to vet and pose a huge security risk. So much so, even the FEDS had to admit as much, at least, once caught in their web of lies.

MORE specifically, HUSSEIN Obama is in the midst of a “surge operation” (before he leaves office) to clear 10,000 Syrian “refugees” in just 3 months, 600 interviewed each day! Recall, they recently admitted that they do NOT have the ability to vet them to begin with, so why the “interviews”?? And this is just the tip.

ATOP said (purposeful) demographic disaster(s), just like Europe “lost” 500,000 “refugees”, so too will America. This is in line with the tens of thousands of illegal immigrants who are no longer tracked, and with Border Patrols telling the anti-American tale. Besides, they can’t even keep track of 6,000 plus foreign (jihadi) students supposedly studying at college campuses, how exactly are they going to track a swarm of non-vetted (mostly male) “refugees”?

OH, and it is not as if ANY U.S. agency is even interested in reining them in, including the DMV. After all, they can even get their own license plates announcing their commitment to jihad! Don’t dare opine – at least at this site – that jihad means “personal struggle.” For even if it does to a small segment, the absolute fact is that its inherent meaning – and accepted within the Islamic ummah – translates into jihad by the sword. Frontal. Period.

BUT just in case the plight of imperiled Jews doesn’t move you one iota, perhaps viewing the amped up jihad of Allah’s Muslim Terrorists within the public school system will bring it home – https://www.facebook.com/1655553208052876/videos/1677490869192443/?pnref=story – or not. What about the “refugee” who raped an American woman, all the while screaming Allahu Akbar – https://www.youtube.com/watch?v=n8iNJzy0e6w&feature=youtu.be – mimicking exactly what is happening all over Europe during their continuous rape-jihads?

What is wrong is now right. A male Norwegian Socialist politican, Karsten Hauken, wrote a mind-boggling response to what he suffered at the hands of a Somali Muslim “refugee”, according to Breitbart London. A self-styled “anti-racist and feminist”, Hauken was raped by the African migrant but refused to blame his attacker, claiming he was not “responsible for his action” and chalking up the crime to being “a product of the unjust world”. Hauken expressed sadness that the migrant was sent back to Somalia, thinking that he was fit to walk among Norwegians when released. However, the Socialist was most upset by the popularity backlash that refugees woulde received in Norway and the West. This is part of a larger pattern of Third World migrants, under the guise of being refugees, coming to Europe and committing mass rapes. The sexual assaults in Cologne, during the 2015 New Years celebration were widely publicised, but many more rapes are committed against activists who work with refugees. Especially shocking is the effort of those Leftist organizations to hush up migrant rapes, like on the Franco-Italian border last year.

SANS a scintilla of a doubt, the above represents a mere sampling of the knock-on effects to Americans, if not stopped in their jihadi tracks!

1 thought on “ALERT:U.S. Muslim Demographics Set To Outpace Jewish Stats. What Does This Portend For Security, Judeo-Christian Roots Alike? Commentary By Adina Kutnicki”