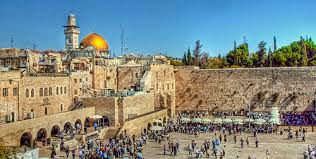 ONE needn’t be a scholar of the Old Testament and its prophets to understand the truth about the Ottoman Empire and its continuous jihadi-tentacled rampages. Beyond the pale. Nevertheless, even though Turkey’s hegemonic ambitions failed to wane since the break up of the Empire, they were held in abeyance until Erdogan took over the reins. Allah’s soldiers are firmly on the march – to Jerusalem! Most significantly, within their jihadi pyramid stands its conquest, and this has been Erdogan’s plan all along.

BUT before we delve into the historical aspect of Ottoman jihadism and its concomitant anti-semitism, let’s recall how many times this investigative journalist called out Turkey’s Erdogan and his jacked up Brotherhood roots and associates. In fact, HUSSEIN Obama sits atop his BFF list. Turkish Islamist Adnan Oktar alike. Holy jihad.

IN Oct. 2013, a blockbuster interview attested via the following excerpts within “The Muslim Brotherhood’s Quest For Global Domination”:

Adina Kutnicki: Beyond a shadow of a doubt, their enablers and allies reach up into the highest recesses of the political food chain, so much so that the leadership of the free world is deeply implicated. One only has to witness their rise and prominence within President Obama’s administration to internalize how close they are to fulfilling their mission of Islamizing the United States of America into the “Shariah States of America”. This is not hysteria-talk nor hyperbole. It is their ultimate plan. However long it takes (and they view patience as a virtue, centuries ago seems like yesterday in their mind’s eye, unlike the mostly ADD-afflicted west) they will keep making inroads, that is, unless millions amass to thwart their efforts within America. But even though they burrowed within prior administrations, their trajectory rose exponentially under President Obama’s “guiding hands”.

Most significantly, according to BizPac Review, Mohamed Elibiary, a Muslim Brotherhood-tied adviser to DHS has just been promoted to a high senior level position! The details can be found herein, but the following excerpt is more than an eyeful:

“The Washington-based, national security think tank, Center for Security Policy, published a disturbing 33-page report based on a series of interviews with Elibiary about his admitted ties to a man who raised funds for Hamas and “other radical Islamist causes,” all while serving and advising the Obama administration. Judicial Watch reported on the findings, noting that Elibiary “has regular access to classified information and is a prime mover behind two of the Obama administration’s most dangerous policies; normalizing relations with domestic and foreign Islamist groups (including the Muslim Brotherhood) and arduous enforcement restrictions of laws related to material support for terrorism….”

As such, the Muslim Brotherhood is already in Obama’s White House, and this fact must be internalized and seared into ones brain:

“On December 11, 2004, Muslim Brotherhood apologist Mohamed Elibiary was a featured speaker at a conference honoring the memory of Ayatollah Khomeini, the man synonymous with Islamic terrorism. On September 13, 2013, this same man, Mohamed Elibiary was named the head of the Obama administration’s Homeland Security Advisory Council. Watch Western Center for Journalism’s exclusive video to find out why, exactly, a member of the Muslim Brotherhood is pulling the levers of power in the White House.”

Mind you, Elibiary’s appointment is hardly an anomaly. Skulking Islamic “advisers” are regular fixtures within President Obama’s inner circle, though most are not as well-known as Elibiary. It would take an entire expose’ to flesh out all the Muslim Brotherhood-affiliated appointments, most of whom are comfortably implanted inside President Obama’s administration. Nevertheless, it is impossible to understand the gravity of the situation without knowing how embedded they really are. Like termites.

In this regard, it is more than reasonable to posit: why would the Obama administration allow said infiltration and penetration? Simply put, the evidence is overwhelming that President Obama – and his surrogates – is in “deep sympathy” with the goals of the Muslim Brotherhood. Their symbiotic relationship amounts to a whole lot more than “placing lipstick on a pig”, a colorful phrase aptly coined by Sarah Palin…..

Wolff Bachner: In addition to Erdogan, there is another prominent Turkish Islamic leader who has been quite involved in Stealth Jihad. Who is Adnan Oktar and what is he doing to enable Islamic conquest and undermine the state of Israel?…read the whole thing.…

NOW, it is no accident that in the midst of ISIS’s rampage across Iraq and Syria (spreading throughout the region and Africa), Erdogan is ratcheting up his call to capture Jerusalem. As mentioned in a recent commentary, he is supporting ISIS’s thrust and aids in spearheading their catapult with HUSSEIN Obama’s helping hands.

MORE specifically, Erdogan’s Jerusalem footprints can be found at several points within this site, but his venom reached a fevered pitch when he saw that his Gaza busting flotilla went bust. So back in July 2014 it was summed up via “Turkey’s Erdogan Caliph-in-Waiting: West Must Submit To Allah!”…understood?

ON the other side of the spectrum, since visual aids are always a good point of reference to see what’s what, one such rendition,“We Con The World”, is more than instructive, even though done in a less than “orthodox” way –

THE point being, if anyone – even the Caliph-in-Waiting and his BFF HUSSEIN Obama – believes they will be able to wrest Israel’s eternal capital from Jewish hands – once again – they would do well to rethink their calculus.
IN other words, despite anything else, the majority Zionist public – many of whom are army-trained – will protect Jerusalem as mothers and fathers protect their children. Like lions of Zion. This is the case whether they are secular or religious.