{In an Orwellian twist, Brandeis’s own logo, emblazoned in Hebrew, reads: אמת = truth!}

THE poisonous atmosphere at U.S. college campuses (Israel’s too) is often highlighted at this site. It is not for nothing. They have become little more than radicalized cesspools. Tragically, public menaces. Readers are well aware that there is “zero tolerance” for said subject matter. None.

AND considering that revolutionaries, domestic terrorists, are some of the top admins and profs at many of these campuses (“Bill Ayers, the foremost leader of the Weathermen “is in his third decade as a national leader in the movement to radicalize the educational training of schoolteachers”. His wife, Bernardine Dohrn, a top leader too “is a professor of law at Northwestern and a high-ranking officer in the American Bar Association.” Eleanor Raskin (ne Stein) “is a law professor at S.U.N.Y Albany and, astonishingly, a NYS administrative law judge”….), does it surprise anyone that a Muslim (Palestinian) student leader, at SFSU, publicly threatened to shoot, knife and otherwise terrorized Jewish students (in general, Israel supporters) who dared to show support for Israel, yet, SFSU’s leadership didn’t bat an eye? Well, don’t be shocked, just sickened to your core. Outraged.

IN this regard, before we get to today’s ACTION ALERT, let’s be very clear: as many already know, this site stands shoulder to shoulder with the NYPD blue, in expressing utter contempt for the execution-style assassinations of two of New York’s Finest.

MOST significantly, if not for the radical left’s revolutionary incitement, in conjunction with the assassin’s linkage to Islamic jihad, Rafael Ramos and Wenjian Liu would be alive today.

THE Conservative Tribune had this to say:

Despite a first and middle name that would appear to give it away — or at least make people suspicious of it — the left-leaning American mainstream media is barely reporting  the truth about Ismaayil Abdullah Brinsley’s motivations for the execution-style killing of two NYPD officers.

Yes, Brinsley was a thug with a criminal history, as were Michael Brown and Eric Garner, making it easy for journalists to produce a narrative that Brinsley was motivated by a desire for revenge for the death of these two men because they were black men who died during confrontations with police officers.

Conservative writer Adina Kutnicki, however, said that Brinsley’s primary motivation was not revenge, but jihad.

Kutnicki cited a post from his Facebook page in which he showed an image of a page from the Quran that read, in part, “Strike terror into the hearts of the enemies of Allah.”

Calling the murders a “poisonous morphing of Islamic jihad + race warfare,” she said they were the result of the communist policies of men like President Barack Obama and New York Mayor Bill de Blasio combined with Islamic violence….

NOW that that is settled, and if 1 + 1 still equals two, it is easy to extrapolate: the left’s stranglehold on mainstream public discourse, in tandem with their indelible presence on college campuses, has indeed poisoned their atmosphere(s). Their well(s).

AND it is under this dangerous paradigm which Daniel Mael, a student journalist (who happens to be openly pro-Israel), became the target of serious threats, as did his family too! The reason? He dared to cover a hot and compelling campus story, one which should have been held up as a gold standard for “truth in journalism” – currently, an oxymoron – even on America’s rancid college campuses.

FIRSTLY, here is a backgrounder:

We, the undersigned, are alarmed by the on-going crisis at Brandeis University, in which students and their right to free speech are under attack. The university administration has been shamefully unresponsive and must immediately take corrective action.

On December 20th, Brandeis student journalist Daniel Mael reported on inflammatory statements made by a Brandeis student leader on Twitter. Referring to the two NYPD policemen, Rafael Ramos and Wenjian Liu, who were recently assassinated, she wrote, “I have no sympathy for the nypd officers who were murdered today,” and “lmao [laughing my a—off] i just really dont have sympathy for the cops who were shot. i hate this racist f—ing country.”Most alarmingly, the student leader’s online messages included calls for violence in comments like, “burn this country down,” and, “i need to get my gun license. asap.”

Commenters, responding to Mael’s article, posted disparagements, curses and threats to the student who had insulted the dead policemen. Daniel Mael immediately and in no uncertain terms publicly condemned these reactions.

Soon however, Mael himself became the target of personal, sometimes violent threats to his safety and well-being made by his fellow students on the Brandeis campus and others. Instead of censuring the hatred expressed toward innocent murder victims, an array of student groups, including several students in student leadership positions at the university, launched a campaign of vilification and intimidation against Mael, demanding that the Brandeis administration punish him for doing nothing more than truthfully reporting hateful comments made in a public forum by a student in a position of authority at the university.

University officials have a legal and moral obligation to protect their students.  Since the crisis began on December 20th, University President, Fred Lawrence, has remained silent. This silence encourages the violent incitement against Daniel Mael, who did nothing wrong. At the same time, it implies official tolerance for community members using derogatory language to intimidate a student journalist — behavior that may be in violation of the school’s own code of conduct.

Brandeis officials must take immediate steps to ensure that no harm will come to any student. The climate of intimidation and hostility to free speech on the Brandeis campus must end immediately.

We call on Brandeis Trustees and Brandeis President Fred Lawrence to take the following steps:

What Brandeis needs most now is courageous and determined leadership to steer its community through this crisis. We hope that President Fred Lawrence has the wisdom and ability to display it.

IT gets worse. Much worse…

FOR ATTORNEYS: Police informed Daniel he will not be safe on campus. He needs legal help to liaise with Brandeis admin and local police

Message from Brooke Goldstein of the Lawfare Project:

I am writing because you have expressed interest in providing your legal services on a pro bono or reduced fee basis in connection with lawfare-related matters.

A troubling situation has recently come to our attention for which we need your immediate help. Daniel Mael – an outspokenly pro-Israel student activist at Brandeis University and contributor to the website Truth Revolt – and his family are being targeted with vicious threats and harassment. Following the recent execution-style murder of two New York City police officers, Mael reported that a Brandeis student leader, Khadijah Lynch, had posted publicly viewable statements on Twitter expressing her lack of sympathy for the slain officers, as well as her disdain for Zionism and her call for an “intifada” (violent uprising) in the United States.

Lynch, a junior and an Undergraduate Department Representative in the African and Afro-American Studies (“AAAS”) Department, posted the following from her Twitter account: 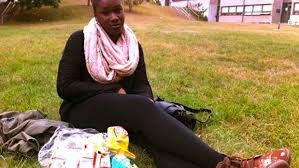 i have no sympathy for the nypd officers who were murdered today.
– Khadijah (خديجة) (@punQros3) December 20, 2014

lmao, all i just really dont have sympathy for the cops who were shot. i hate this racist fucking country.
Khadijah (خديجة) (@punQros3) December 21, 2014

Mael’s original article on Lynch can be viewed here:

After Mael’s article went viral, Lynch received negative public feedback (including threatening and racist comments) and resigned from her position as Undergraduate Department Representative for the AAAS Department. Mael publicly denounced the threats against Lynch, as well as calls for her expulsion from Brandeis. Nevertheless, campus activists, including the Student Conduct Board, have demanded that the school punish Mael for “exposing” Lynch’s tweets (despite the fact that they were publicly viewable until recently), and that he be held accountable for the public’s reaction to Lynch’s abhorrent statements. In an email sent to the president of Brandeis, senior administrators, professors, and students, a member of the 2014-2015 Student Conduct Board alleged that Mael “has potentially violated multiple parts” of a Brandeis code of student conduct, including “stalking.” Mael’s expulsion from school has also been requested.

Mael, as well as his immediate and extended family (including his grandmother), have since received threatening messages and harassing phone calls to their homes. Lynch’s Twitter post, “i need to get my gun license. asap,” appeared after Mael contacted her for comment regarding the tweets.

Campus police have advised Mael that he will be a target when he returns to campus, and that it is reasonable to expect that his tires may be slashed, his car keyed, and that other violent acts may be perpetrated against him. Mael has also been advised not to travel alone on campus during the day or night and to carry a bottle of mace.

Thus far, Brandeis administration has issued no public statement in support of Mael’s First Amendment rights, nor any denunciation of the racist and threatening comments being made against Mael by other Brandeis students. Moreover, administrators have not indicated that any measures will be taken to protect Mael.

Mael’s family will be meeting with the president of Brandeis and has requested legal representation at the meeting. They are also in need of counsel to act as a liaison with the local police department.

If an attorney can be secured, The Lawfare Project will assist, as needed, with legal research, analysis, or other work required for representation of the Mael family.

Please join us in helping the Mael family. There is no justification for a student, nor anyone else, to be targeted with threats and harassment for exercising his or her First Amendment rights.

YES, in essence, his “crime” was exposing the very words uttered by a vile, inciting and racist student leader. As such, he is receiving a campus lynching, akin to “shooting the messenger”, and with the real possibility of bodily harm!

IN other words, within today’s campus quads, those who truly get punished are not the actual inciters to violence, but anyone who blows the whistle. Mind you, if said blower happens to be a pro-Israel force on campus, well, hell, and its furious path, comes to mind.

This site – which reaches millions of readers – stands behind you. Yes, Brooke Goldstein…she rocks…foxy too…is more than capable of handling the legal end.

THAT being said, if a hair on your head is harmed and can be traced back to the incitement against you on campus, well, Brandeis will have nowhere to run…nowhere to hide…from this site’s mega reach. Rest assured.

AND if Brandeis believes this investigative journalist is blowing smoke, its admins would do well to reconsider…re-calibrate…they just have to contact their colleagues at Marymount Manhattan College!

MORE than a promise…from one Zionist and Conservative truth-teller – come what may – to another!