EVEN as an expat (but clearly a highly involved U.S. citizen) the words “We the People” still resonates, eliciting goose bumps. And those who understand its subtext likely feel the same. In effect, this is what separates patriots from the socialist, Marxist, communist leaning riff raff who support the Radical-in-Chief’s “transformation” designs. Words do matter. Actions matter even more.

That being said, it is impossible not to recognize the grave danger America is in, the heretofore “guard dog” of liberty and freedom. Assuredly, once its leaders go astray, it is not a matter of if, but when its pillars will fall. And while this is the longed for dream of radical leftist revolutionaries (and their Islamist helpmates), it is the stuff of nightmares for many millions of patriots – this one included.

From the onset of the reign of Barack HUSSEIN Obama, the nightmare has gone from moderately high to RED HOT. Most recognize that their revolutionary train was set in motion decades ago by no less than the POTUS’s helpmate, Billy boy Ayers, head of the radical domestic terror group, the Weathermen! Talk about full circle. Of course, the bag man has always been George-the-devil-incarnate Soros.

Those who doubt said full circle connections would do well to reconsider: DOMESTIC TERRORIST,BILL AYERS,ENTERS THROUGH OBAMA’s “BACK DOOR”:DEBORAH LEFF VETS PRESIDENTIAL CLEMENCIES!

And isn’t it patently obvious why a 2nd Constitutional Convention is an absolute necessity, especially when Obama Inc. terms patriots “domestic terrorists”? How much clearer can the hooligans in charge be? Consequentially, the nation-saving need for redress is long overdue!

The following news alert conveys what is perhaps the most important development in these United States of America this year … this decade … this millennium.  Truly, it does not get any bigger when the appropriate legal mechanisms have been triggered to initiate a Constitutional Convention.  The upshot of this extremely profound and unparalleled initiative implemented by 34 states is as nation-transforming as it is highly consequential for every American citizen.

Regardless of where this US Federal Government-altering procedure goes regarding the proposed Balanced Budget Amendment, the message that it sends cannot be misunderstood: We the People are fed up with business-as-usual in Washington DC!  That said, the Obama Administration has so operated as a lawless tyranny that the ultimate outcome from this state-driven process was rapidly advanced perhaps by several years.  Thank you, President Obama.  It appears that he has unwittingly become the ‘change agent’ that he promised to be … only not quite in the way that he planned.

Whereas Barack Obama did promise the USA ‘Hope and Change‘, the real change that he is likely to experience in his lifetime has no historical precedence in US history. The inevitable revolution being waged by the states — at the insistence of their citizens — does not ignore the impelling influences by the previous Bush Administration. Back-to-back despotic and rogue administrations served to show the American people just how far the political class has fallen.  It is now quite clear, to virtually everyone concerned, that there is no hope for their ‘brand’ of leadership, and therefore no lasting and much-needed change can be expected under their watch.

For those who comprehend the defining moment at hand, it is still premature to celebrate.  The politicos and powerbrokers, corporate titans and business magnates, financiers and bankers, lawyers and lobbyists, will do everything in their power to subvert the upcoming process of realignment.  They will do everything in their power to sabotage the originally conceived Constitutional Republic from taking shape.  They will seek to disempower both the states and people, as they have always done.  Therefore —>

BE AWARE, AND BEWARE, OF THE WOLVES IN SHEEP’S CLOTHING!

The most important political development in 200 years was triggered last week, when the state legislature of Michigan became the 34 th state to demand a “Constitutional Convention” in the United States. Under Article 5 of the US Constitution, if 2/3rds of the states call for such a convention, (meaning 34 states) it MUST take place. During such a convention, the ENTIRE Constitution can be changed; nothing is off-limits. This would even allow the States to dismantle the federal government without its consent, and repudiate the debt which that government has incurred! When it voted for the convention last week, Michigan became the 34 th state, thus meeting the requirement.

A goal has been reached behind what would be an unprecedented effort to amend the U.S. Constitution, through a little-known provision that gives states rather than Congress the power to initiate changes. This [may be] the most significant political development in the entire world in the last 200 years.

At issue is what’s known as a “constitutional convention,” a scenario tucked into Article V of the U.S. Constitution. At its core, Article V provides two ways for amendments to be proposed. The first – which has been used for all 27 amendments to date – requires two-thirds of both the House and Senate to approve a resolution, before sending it to the states for ratification. The Founding Fathers, though, devised an alternative way which says if two-thirds of state legislatures demand a meeting, Congress “shall call a convention for proposing amendments.”

The idea has gained popularity among constitutional scholars in recent years — but got a big boost last week when Michigan lawmakers endorsed it.

Michigan matters, because by some counts it was the 34th state to do so. That makes two-thirds.

In the wake of the vote, California Republican Rep. Duncan Hunter pressed House Speaker John Boehner on today to determine whether the states just crossed the threshold for this kind of convention. Like Michigan lawmakers, Hunter’s interest in the matter stems from a desire to push a balanced-budget amendment — something that could be done at a constitutional convention.

“Based on several reports and opinions, Michigan is the 34th state to issue such a call and therefore presents the constitutionally-required number of states to begin the process of achieving a balanced budget amendment,” Hunter wrote.

“With the recent decision by Michigan lawmakers, it is important that the House – and those of us who support a balanced budget amendment — determine whether the necessary number of states have acted and the appropriate role of Congress should this be the case.”

If two-thirds of the states have indeed applied, the ball is presumably in Congress’ court to call the convention.

But Article V is rather vague, and it’s ultimately unclear whether 34 states have technically applied. In the past, states like Oregon, Utah and Arizona have quietly voted to approve the provision in their legislature.

Alabama rescinded its request in 1988 but in 2011, lawmakers again applied for a convention related to an amendment requiring that the federal budget be balanced. It was a similar story in Florida in 2010.

Louisiana rescinded in 1990 but lawmakers have tried several times, unsuccessfully, to reinstate the application since then.

It’s unclear whether the applications still count in these scenarios.

Some constitutional scholars like Gregory Watson, an analyst in Texas, say once states ask, there may be no take-backs.

Others say if a state changes its mind, it can no longer be part of the 34.

Even if the requisite number of states have applied, questions remain about how such a convention would work — and whether, as Michigan wants, such a convention could be limited to only discussing a balanced-budget amendment.

It still may be a long shot, but some analysts are warning about the unintended consequences of such a move.

In Louisiana, Budget Project Policy Analyst Steve Spire argued against the state’s resolution, saying the convention could permanently damage the nation’s political system. What he calls “damage” others call improvement.

The USA now finds itself at a critical moment of the American Experiment. Since the 2000 election of George W. Bush, the divisions between red and blue states have never been so wide and deep. The socio-economic conflicts, political acrimony and philosophical arguments between people of different political persuasions and religious stripes are as intense and reconcile as ever.  Given this volatile state of affairs, there must be a new forum in which to rationally discuss and objectively debate the future of the nation.

To our thinking, a full-blown Constitutional Convention may be the only way out of the current political paralysis. Where such a forum may be exploited by those with selfish and/or narrow interests, the states can act as a gatekeeper to ensure proper and proportionate representation. At the end of the day, the people must be represented in full force, or else such a convention will be an unsuccessful exercise in futility.

Now the challenge will be to determine to hold a conference in an ‘unbiased’ location. Or, through a digital format using all the tools available on the internet to keep the dialogue flowing and open to all US citizens. In this way, the corporate media cannot screen out their own prejudiced problems areas or filter in their favorite biases. They are already guilty of giving very little reporting to such an important and historic opportunity, which has emerged from the constitutional crisis they  shamelessly helped to create.

Perhaps the time has come for the USA to assume the form of constitutional republic that it was designed to be.  Although this nation purports to export ‘freedom and democracy’ around the world, our brand of democracy has become totalitarian in nature vacillating between fascism and communism, relentlessly bogged down in political correctness, and administered by leadership that is perennially addicted to deception.

Clearly, the time has come for a renew form of governance and political economy which truly serve the citizenry; not the other way around.

And even though the main impetus for this 2nd Constitutional Convention arose out of frustration over Washington’s inability to implement a balanced budget – a cornerstone to America’s economic future – the fact of the matter is that patriots understand what is really at stake. The heart of the struggle lies within a runaway, renegade, anti-American regime which protects those who shred the Constitution – on a regular basis – and backs those who desecrate the flag: Americans now “racist” for waving American flag!

And while clearly there are some states which still require to complete their due diligence “paper work” re joining this nation-saving, historical happening, the fact of the matter is that a movement is full steam ahead. It is only a matter of time, before history records the most important occasion of the century. Auspicious.

Caveat: this site claims no expertise in the logistics of the above (unlike in the arena of Islamic jihad and geo-politics), so there may be disagreement, among said experts, how we get from there to here. Nevertheless, there is NO disagreement, among patriots, that the underpinnings for such a momentous occasion are more than in the air! Onward and upward…. 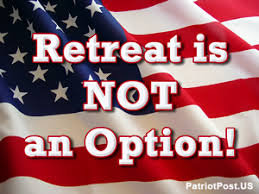