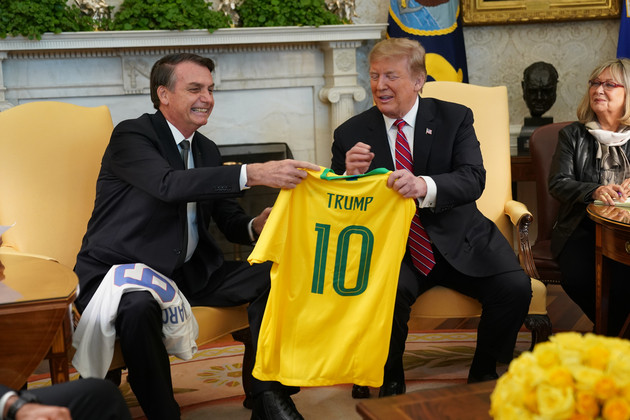 IN geo-politics, the saying, “killing two birds with one stone“, is not merely lip service. Rather, it is a hard-core, tried and true revolutionary tactic that is deployed to solve two problems at once. Again and again, it is practiced to achieve deadly accuracy.

BUT in order to internalize its dangerous basis and its dead-on relationship to current events in Brazil (fine-tuned within so-called spontaneous revolutions, that is, when democratic-leaning governments, lo and behold, devolve into socialist/Marxist/communist take-overs), a few building blocks are in order.

DEMONSTRABLY, in one way or another, anti-democratic NGO hydras attached to George Soros, yes, the devil incarnate, are in the fore-front. His touchy-feely, humanistic couched ‘Open Society‘ is nothing of the sort. In a nutshell, just change the name of one targeted country to another, and the predictable result is the same: its overturning! Know this: at its base, the flood of illegals, a/k/a immigration, is key and core.

THAT being established, when the deep state mafia is in total control of officialdom, there is no agency more adept at executing the above overturning than the CIA — an unaccountable, out of control, lawless behemoth. Mind you, similarly, their agents operate as under-the-radar mischief-makers in America, indeed, in concert with the deep state captured FBI! A ‘marriage’ made in hell.

STILL yet, to flesh out the strategic thinking behind the above cited tactical concept, “killing two birds with one stone”, let’s head to the first bird, in a manner of speaking.

INCONTESTABLY, as always, it involves the fomenting of national chaos by CIA operatives — prepping the ground far in advance. In this instance, it led (as intended) to the sacking of Brazilian institutions, predictably, for the benefit of keeping their installed socialist puppet in power.

TO flesh out the second bird, it revolves around implanting a manufactured nexus between two ‘Reichstag-like’ comparatives; one occurring in Brazil, the other attached to their arch nemesis, Trump. Conveniently, the Jan.6 so-called insurrection was tailor-made for both coups. Basically, their nefarious, subliminal plan is to place the final nail in his coffin: ‘the takedown.’ Naturally, a smoke and mirrors show created by their trusted accomplices, the Mockingbird Media, continues apace.

ALAS, this long-standing style of political coup takes place under the umbrella of ‘color revolution‘ tactical engineering. Inexorably, it has been discussed at this site. Most acutely, it was examined during the BLM/Antifa murderous mayhem which rampaged all across America.

AS per the ousting of Trump via the same channels…..

AND moving along the same ‘color revolution‘ trajectory, the Brazilian hero made his appearance via Tucker Carlson — knowing full well that America’s media mouthpieces are salivating/agitating for his takedown, in similar fashion to his pro-freedom, populist fellow traveler, Trump.

ONTO the current fleshing out….

The Biden regime’s Central Intelligence Agency is responsible for instigating protests that rocked Brasília in the aftermath of a contentious election between the incumbent, conservative Jair Bolsonaro, and his opponent, liberal Leftist Luiz Inácio Lula da Silva, who emerged victorious. Purported pro-Bolsonaro supporters stormed Congress, the Supreme Court and presidential palace Sunday, protesting what they deemed a crooked election. The demonstrators bypassed security barricades, climbed on roofs, smashed windows, and invaded all three buildings, which were believed to be largely vacant on the weekend. Some of the demonstrators called for a military intervention to either restore Bolsonaro to power or oust Lula from the presidency.

Lula in a news conference accused Bolsonaro of using his “fascist fanatics” to destabilize the government.

White Hats at U.S. Army Cyber Command, Fort Gordon, told Real Raw News that the criminal CIA put “hundreds of assets” in Brazil ahead of the election with the intent of sowing discord among the country’s conservative voters. Their goals included fomenting distrust in Brazil’s election process and convincing the world that a timid Bolsonaro had fled Brazil for shelter at President Donald J. Trump’s Florida Mar-a-Lago estate, an allegation our sources there have refuted.

Our source said Cyber Command began intercepting CIA chatter months before the election. High-ranking CIA personnel discussed sending agent provocateurs to Brazil before Lula defeated Bolsonaro, suggesting the agency lacked foreknowledge of the outcome. Nonetheless, the agency strengthened its presence in Brazil—a costly operation—in anticipation of Bolsonaro’s defeat. Agents, our source said, were tasked with insinuating themselves into Brazil’s conservative base to “stir shit up,” to convince people that if Bolsonaro lost, Luna must have cheated his way to victory.

“From what we know, the CIA sent 500 agents to Brazil. Just to be upfront here, we don’t know if the election was rigged, and that’s not our concern. What we do know is that if Bolsonaro lost, the CIA was very interested in creating a Jan 6-style event in Brasilia and tangentially linking it to President Trump,” our source said.

Shortly after Lula declared himself the victor and Bolsonaro said he’d skip his opponent’s inauguration, the CIA began feeding disinformation to its MSM co-conspirators, saying a fearful Bolsonaro caught the first flight to Florida to pal around with President Trump. They’ve also said he’s hiding somewhere in Orlando.

“The CIA, at the bequest of Biden, wants the MSM to believe that Trump and Bolsonaro worked together to stage a revolt in Brazil. The CIA’s goal isn’t to reinstall Bolsonaro—the fake administration hates him—but to further malign President Trump by insinuating that he’s meddling in foreign affairs. That’s how desperate the Deep State is to get Trump out of the picture. They’ll stop at nothing,” our source said.

Irrespective of Bolsonaro’s whereabouts, Democrats on Sunday called on Joseph Biden to extradite him back to Brazil to stand trial for “inciting an insurrection.” Biden responded by calling Bolsonaro an enemy of democracy and saying he looked forward to working with Brazil’s new progressive government.