OUT of the gate: it was certainly not wise to trumpet an overblown horn, after all, it is best to under-promise and to over-deliver. Every seasoned, honest strategist realizes the benefit of walking softy and carrying a big stick — yes, where have we heard that sage advice before? Still yet, the above doesn’t mean that real gains weren’t made, that is, for conservative America.

IN any case, as to the promised red tsunami, well,

IT is alongside said paradigm of rational thinking that real truths pour forth — at the very least, to set the national record straight. But the core and thrust of the precipitous dangers facing the nation remain the same: to uproot those in positions of power, whole sole aim is to destroy America. Post haste. 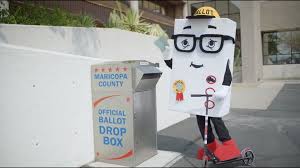 The projected Red Wave that would have given Republican lawmakers decisive control of both House and Senate was little more than a stagnant, algae-filled puddle.

Republicans were hoping to hold their own as well as flip key seats in battleground states like Arizona, Georgia, and Nevada, and privately hoped to capture a few House seats in the historically Blue states of Rhode Island and Connecticut. But the gains they’d sought never materialized, even though seats still hang in the balance, four in the Senate and 65 in the House as of Wednesday morning.

As the clock struck midnight, Republican lawmakers, analysts, and financial backers were immersed in conference and Zoom calls trying to figure out what had gone so wrong—and there was plenty of finger pointing, much of it squarely aimed at President Trump, who a day previous teetered on the edge of announcing a 2024 run but held off at the advice of Rudy Giuliani: “If you announce now, and the midterms go sideways, you’ll be blamed,” the veteran mayor told Trump.

At 2:00 am Senator Lindsey Graham and House Minority Leader Kevin McCarthy consoled and counseled each other, lamenting what Graham called “a colossal disaster” and scapegoating Trump for the Republicans’ subpar performance. They agreed that Trump’s endorsement of celebrity doctor Mehmet Oz and football hero Hershel Walker was a harbinger of doom. “It’s Trump’s fault. We have a Trump problem,” Graham said. Although they slammed Trump, they had high praise for Florida Governor Ron DeSantis, who decimated contender Charlie Crist in a landslide victory that proved to be a referendum on the criminal regime’s Covid policies and woke agenda. Standing beside his lovely wife Cassie, DeSantis gave an impassioned victory speech, telling Floridians and the nation that “Florida is where woke goes to die.”

As citizens and politicians anxiously scrutinized results, so too did the White Hat partition of the U.S. military. At U.S. Army Cyber Command headquarters in Fort Gordon, Georgia, cyber security analysts began noticing election irregularities early in the day. Approximately 35% of vote tabulators—electronic devices into which ballots are fed and counted—experienced what the Maricopa County Elections Department called a “technical hiccup,” which persisted for several hours. Unbeknownst to election officials, White Hats had undercover boots on the ground as the “glitch” forced voters to cast ballots elsewhere or forego voting altogether. At least one machine had active Wi-Fi and was connected to the internet, a Cyber Command source told RRN.

“Tabulators that mark ballots shouldn’t be Wi-Fi capable. It makes them susceptible to outside tampering and intrusion,” he said.

Cyber Command, he added, has “obtained” a compromised machine and is evaluating “suspicious” connection logs.

Cyber Command is also analyzing a video that purportedly shows a Maricopa County election worker doctoring a stack of ballots.

Arizona is a hotbed rife with election fraud. Elsewhere in Maricopa County, voters seeking to cast ballots at locales with working machines were told by poll workers that if they had come to vote (why else would they be there?) they could vote only for Democrats because no Republican officials were on the premises. They were either told to come back later or to vote elsewhere.

“We’ve heard 50 such reports,” our source said. “We’re working to verify them.”

Despite the fraud in Arizona, Republican Kari Lake is projected to win the gubernatorial race.

Arizona wasn’t the only state subject to election fraud. According to our source, White Hats now have a “mail bag full of uncounted ballots” that someone had deposited in a drainage ditch in Baker County, Georgia. Baker is a Republican stronghold.

“There’s a lot going on now that doesn’t meet the eye. We will be looking into all allegations of fraud as we await the results. I can tell you this, if we decide fraud altered the outcome of this election, action will be taken,” our source said.

THE very same cesspools which hoisted crooked/China/dementia Joe to the most powerful position in the free world — or of what’s left of it — propped up a brain-damaged Senator from Pennsylvania. How can this be?

ALAS, in light of said crooked forces, a few heretofore White Hats exposed themselves for what they are, that is, traitors in the highest ranks.  Damn them to hell. 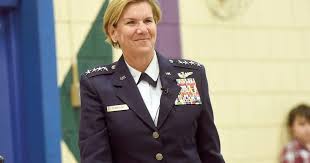 Three high-ranking military officers who had renounced the criminal Biden regime in favor of standing alongside Marine Corps Gen. David H. Berger and the Constitutionalist faction of the U.S. Armed Forces performed an about-face after a Republican Red Wave did not materialize, a source in the general’s office told Real Raw News.

The latter wrote, “I made an error in judgement. I am bound by oath to support the commander-in-chief, President Joseph R. Biden, and to defend our nation against all enemies, foreign and domestic. I have already notified Secretary of Defense Lloyd Austin of my lapse in judgement; may he forgive me…”

The other messages, our source said, held a similar tone. General Robinson wrote in a lengthy email that neither she nor persons under her command had authority to question the 2020 election results or Bidens’ rightful leadership of the nation. She said she’d been “coerced” into supporting a “dissident” military and that she would throw herself at the mercy of the administration, adding that she stood ready to accept whatever punishment comes her way.

“I was deceived by a lie, your and Trump’s lies, into believing the election was stolen. I made a grave mistake, and I’ll atone for it,” Robinson wrote.

Likewise, Admiral Dodgen had harsh words for Gen. Berger: “General Berger, this morning I spoke with Defense Secretary Lloyd Austin, informing him that I am in criminal violation of the Uniform Code of Military Justice, specifically Article 94, committing mutiny or treason. I realize this will result in a court martial but have explained how you and your cadre made convincing arguments that Trump is still the lawfully elected President of the United States.”

Our source said Gen. Berger, in turn, branded all three traitors whose insouciance will ultimately bring about their own military tribunals at Guantanamo Bay.

Real Raw News will supply more details on this developing story when possible.