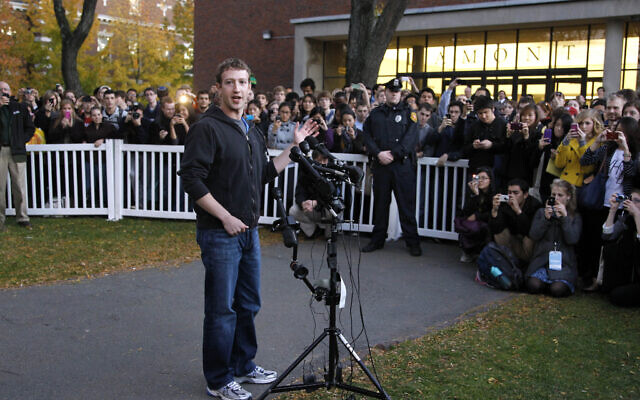 LEST there is a scintilla of a doubt, think again: Facebook, a/k/a META, is akin to poison on every measurable scale. Venomous.

THIS charge-sheet is not borne out of one particular study or another — valuable as they may be. Rather, it is tracked-back to years of in-depth research, culminating, in a ground-breaking book.

EVEN so, when a direct scientific correlation is linked between a decline in mental health (of impressionable youth) to their time spent on Facebook/META, well, it is certainly another nail in its toxicity to generations of youth.

NOT only that, the attached letter to META (addressed to its VP and GM in Israel) re its absolute support of the Muslim Brotherhood through its Qatari mouthpiece, namely, Al Jazeera, should be deemed: Case closed!

ONTO the mental health breakdown …..

New research has found a direct link between Facebook use and a “worsening” in reports of anxiety and depression among college students.

While there have been hundreds of studies showing a correlation between social media use and a decline in mental health, researchers say that their unique methodology has allowed them to confirm the link.

The study, produced in part by Ro’ee Levy of Tel Aviv University, suggested that “unfavorable social comparisons” were likely to blame for the increase in anxiety and depression among young people.

“Today, as we know, all of us recognize social media platforms very well. They create jealousy, and users find it difficult to understand that what they see online does not necessarily reflect reality. How much more so 16-18 years ago, when the phenomenon was completely new,” Levy told Channel 12 news.

“The effects seem to increase with time,” said Alexey Makarin, assistant professor at MIT Sloan, another contributor to the study.

“If, in late fall 2004, a freshman at Harvard had Facebook available to him for one semester and a sophomore for two semesters, it appears as though the effect is stronger with the sophomore, who had greater exposure,” Makarin told MIT Sloan’s website.

Makarin said he initially viewed mental health as “just one more” element of social media use, but after conducting his research, he reflected, “I came to realize how truly bad the situation is, and that stuck with me.”

“Any insights that this paper, or others, can offer into what’s behind this trend will be very valuable to society,” he said.

According to the the American Economic Review study, in 2021 the average user spent two and a half hours per day on social media.

1 thought on “Facebook directly linked to decline in mental health, new study says + A letter to META re Al Jazeera: Its poisonous effects”