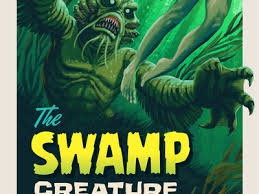 THOSE who play 3-D chess are always ahead of the game, so to speak. As tacticians, no one can beat them — especially, the self-proclaimed smart-set who are really dumb-asses, that is, comparative to the likes of “The Donald!”

IN fact, while their claims to “greatness” usually revolve around this or that Ivy degree (while Trump supporters, supposedly, can never compete), as well as memberships at exclusive golf courses, they have nothing up on “45.” In actuality, he attended Wharton (unarguably, the hardest and most prestigious business school in the world), and it is he who owns the golf courses! The point being, he doesn’t take orders from anyone, let alone, the soulless, demonic deep state. This “non-compliance”, alongside the “crime” of patriotism, drives them wild!

SO, knowing everything we do about the FBI/DOJ as a captured, deep-state, weaponized agency, it stands to reason that planting evidence is always atop their (inability to compete against a 3-D tactician) game-plan!

When 50 armed Gestapo occupied President Trump’s Mara-a-Lago home while he was away in New York, they demanded that his lawyer Christina Bobb, who was present at Mar-a-Lago when the agents conducted the search, disable the estate’s security cameras—ostensibly so they could ransack the place and plant evidence without getting caught on camera. Bobb wisely refused, and the FBI forced staff, guests, and Mar-a-Lago’s security force outdoors as they made entry. A housekeeper was purportedly held at gunpoint for refusing to identify herself. The FBI unlawfully detained everyone present, saying they were “not free to leave.”

We all know the official narrative: the FBI, under instructions from a criminal attorney general and a Trump-hating, Jeffrey Epstein and Hussein Obama-loving Judge, spent seven hours ransacking the president’s home in search of so-called secret documents he had allegedly taken from the White House, including, according to the Bezos-owned Washington Post, nuclear secrets, a claim Trump has rebuked.

With staff and guests corralled outdoors, the rogue agency executed its illegal search warrant, vandalizing the president’s property as it meticulously and systematically probed every cranny, nook, and crevice. In what can be described only as a display of disrespect for Trump, the FBI contemptuously rifled through Melania’s wardrobe, damaging clothes and two pair of costly shoes. They even brought in a safecracker who drilled Trump’s personal safe—only to find it empty.

A Mar-a-Lago security agent who later viewed security footage recounted to RRN the FBI’s reaction to finding the safe devoid of incriminating evidence.

“The primary cameras capture audio and video. They were pissed the safe was empty. One agent even said “Fuck, it’s empty” after viewing the hollow insides. I can’t say much about our security system because, if the feds see this, they could take advantage of info I divulge. I can say this: the visible security cameras make up only part of Mar-A-Lago’s security. In all footage, the FBI agents were conspicuously glancing up at the cameras. They were also looking for blind spots,” the source said.

The FBI he added, was especially interested in a storage closet in “Office 45,” so named as a respectful homage to Trump’s presidency. He said he believes (but could not confirm) the closet contained cardboard boxes and plastic bins of personal letters Trump had written to foreign dignitaries and heads of state, not nuclear secrets or other classified material. Nonetheless, the FBI seemed particularly interested in that closet and spent no less than two hours rifling through its contents.

“At one point three agents were huddled in that closet. Again, I can’t go into the depths of security mesures, but they probably believed they were out of the field of view of any cameras in Office 45. Well, they weren’t. In one segment, an agent appears to be pulling papers from the inside of his jacket and putting them in Trump’s belongings. The agent then pulls out those same papers and exclaims to the other agents, “Look what I found!” It seemed pretty clear. If the FBI didn’t find anything, they were going to find something,” our source said.

Both President Trump and his lawyers have scrutinized the footage, he said.

Playing Devil’s advocate, we asked the source whether he knew why Trump let Merrick Garland publicize the search warrant instead of releasing it himself.

“I can only guess. Trump is tactician. He probably figured the FBI would claim he doctored the search warrant. He wanted that bastard Garland to show his hand.”