There must be zero tolerance in the Orthodox community for perpetrators, while any rumor must be checked discreetly-but thoroughly. Israel National News, By Adina Kutnicki 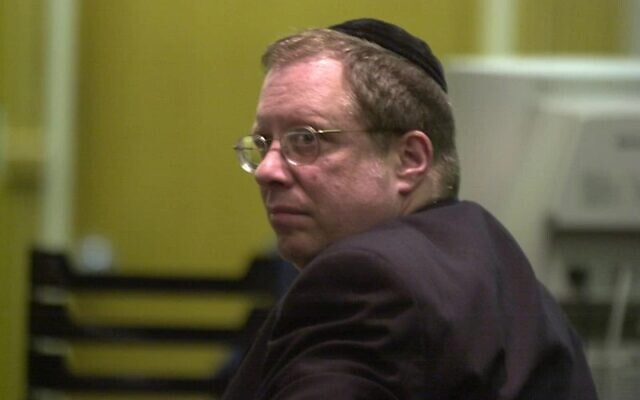 While the powers-that-be in Jerusalem pondered granting citizenship to Baruch Lanner under the Law of Return – incontestably, a convicted serial pedophile – the many lives destroyed by Lanner watched, in both horror and disgust, at this immoral turn of events. Hey, guys, what was there ever to cogitate over? Thankfully, the decision came down: DENIED!

The crimes perpetrated by Baruch Lanner render multiple levels of egregiousness – most prominently, he could have been halted in his tracks decades before he was finally arrested. This is the case due to years and years of communal complaints against him throughout New Jersey. Indeed, too many within Orthodox leadership allowed him, because of their naive belief that it was all unfounded rumors, to continue to scope and sniff out his prey.

As a sought-after educator, Rabbi, as well as the charismatic Director of the Orthodox NCSY (National Council of Synagogue Youth) youth group, his access to children was accepted. Resultant, Lanner’s victims piled up, and countless lives were severely damaged, some ruined.

And as is tragically the case sometimes in the Orthodox Jewish community, those who should have been or were “in the know” within top positions (you know who you are!) continuously circle the communal wagons, hoping to avoid scandal.

But before this particularly awful saga progresses any further within this report, the reader may recall a mirror image theme, as per the aforementioned circling – “The Hidden Crime of Pedophilia” (Israel National News, Jan.26, 2020) – The crime of pedophilia in the Orthodox community does exist, perhaps less than in every other community, but even one instance is a blight; a mark of Cain; a wall of shame, worse if coupled with deafening silence.

In rooting out the perpetrators of this evil, whereas the Jewish community is, rightfully, well known for its brain power, when it comes to common sense on this issue – not so much.

Back in 2002, Lanner was convicted of sexual abuse and received a 7-year prison sentence. He served less than 6 years and was paroled in 2008. (On the other hand, his victims are serving a life sentence of anguish and psychic/physical after-shocks.)

However, in 2013, despite Lanner’s conviction as a sexual abuser (to be exact, five years after his release from prison), a modern Orthodox community’s spiritual leader saw fit to host him, to place him front and center at a Purim meal he presided over, as well as to welcome him with open arms into a Teaneck congregation.

(It was during that very same time frame that Yeshiva University was embroiled in a $380 million lawsuit, stemming from alleged sexual abuse charges at MTA, in the 1980’s. As reported at Israel National News, when instances (of pedophilia) were exposed in Yeshiva University’s past, it was a personal blow. My father – of blessed memory – worked tirelessly at Yeshiva University for 45 years, as a Rabbi in its main Administrative Center in Washington Heights, Manhattan. In fact, he taught at its esteemed school for Rabbinical Studies, REITS, when he first arrived in New York from war-torn Europe. YU’s essence, that is, its raison d’être, is to graduate students who will impart values aligned with, and in keeping to, actions that are viewed as a “light unto the nations.” Effectively, it couldn’t possibly be realized unless those cases were exposed.)

Naturally, when the residents of Teaneck’s Jewish lay community realized that a convicted pedophile was not only in their community but given a place of honor, the outcry reverberated throughout Teaneck and nearby Fair Lawn’s Orthodox community, as well as throughout many similar enclaves in New Jersey.

Speaking of Teaneck (and Fair Lawn, its “sister” community in Bergen County, northern New Jersey), there is more here than meets the eye.

As a highly active parent member (during the 1990’s, until 2002, the year of Lanner’s conviction) of Yavneh Academy and Frisch High School (the premiere Orthodox day/high school in the region located in Paramus, a nearby community), this writer was privy to information re Lanner, well before the local Jewish dailies caught wind. This was so because both schools were main feeder addresses for student involvement in NCSY, Bergen County, Lanner’s hunting ground.

On multiple occasions in the mid-1990’s, the info that was (privately) shared was horrific, but since each instance was told in confidence, and the traumatized parents had very deep concerns about any scandal attaching itself to their family names, it was not an option to “go it alone.” Instead, this writer convinced the distraught parties to report everything to the police, and even gave them access to her brother, an NYPD Detective, to guide them along the way. He interfaced with the proper New Jersey policing agency on their behalf, and ensured that their family names were never released to the media. He became their “watch-dog and guide-dog.”

While this was going on, it came to these ears that an “honorarium” was in the works for Lanner, and under the auspices of unknowing Yavneh Academy, which asserted that since charges had not been filed against him, they were convinced that the rumor-mill had just gone off the rails. With much persistence and proofs, they became “convinced” to review their list of candidates for the yearly honor, and to find someone truly worthy of said distinction.

The communal leadership should always hold themselves to the highest standards, including,

NO honorariums, NO kavod, NO nothing – other than complete disdain for the pedophiles in their midst!

1 thought on “Learning from the Lanner case”