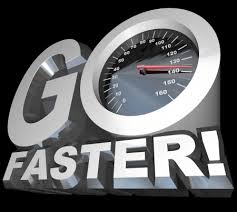 LEST there be any doubt, sans the heavy-lifting of the White Hats and the orders executed by JAG operators, well, there would not have been any arrests of deep state betrayers. Nada. Zilch. Zippo,

EVEN so, due to the accelerated pace of the deep state’s full-throttle destruction/implosion of America, it is also the case that mass arrests must be activated. And since there is no doubt as to the criminality of the list of traitors, desperate times call for desperate measures.

THE upshot: Trump must give an urgent green light, go-ahead to the above action plan, otherwise, all of the heavy-lifting will end up as nothing more than a feel-good, smoke and mirrors show of force.

The leisurely speed at which Deep State arrests have been taking place has begun to sow discord among the White Hat commanders responsible for bringing to justice the traitors and pedophiles who for decades have wrought havoc on the American people, according to multiple White Hat sources in the military community.

An adjunct in Gen. David H. Berger’s office told Real Raw News that at least two of the general’s colleagues have bemoaned the sluggish pace, calling upon Gen. Berger to formulate a new plan of action to hasten the demise of Deep State criminals.

“There was a meeting last week, and a couple of Gen. Berger’s key allies didn’t hide their frustration about the slowness of nabbing and grabbing Deep Staters who’ve been at-large far too long,” our source said.

The most vocal was U.S. Army Major Gen. Richard E. Angle, commander of the 1st Special Forces Group. A constitutionalist and supporter of President Donald J. Trump, Gen. Angle earned his commission in 1991, fought in Bosnia and Kosovo, and commanded troops in Iraq and Afghanistan. In the aftermath of the 2020 stolen election, he vowed to support Gen. Berger and the U.S. Navy Judge Advocate General’s Corps mission to restore order to America. His input, our source said, was instrumental in the arrests of Hunter Biden, Hillary Clinton, and George W. Bush.

But the current velocity of Deep State apprehensions, or lack thereof, has obviously imbued in Gen. Angle feelings of ambivalence toward the overall success of the mission.

“While we’re sitting on our hands, the U.S. is rapidly becoming the United States of Venezuela. Every day, right now, thousands and thousands of Americans are pushed into poverty. No, we’re not the cause, but we have a responsibility to stop it. We vowed to. And what are we doing? Pursuing an arrest here, a capture there. We move like sloths, and it’s hindering instead of helping the cause,” Gen. Engle told Gen. Berger.

When Gen. Berger solicited suggestions, Gen. Angle had the answer at his fingertips.

“Mass arrests, without delay or hesitation,” Gen. Angle went on. “Cherry-picking doesn’t work. We single out a person and they cover it up with technology, cosmetics, and lookalikes. If 50 Senators and 200 Representatives disappear overnight, they won’t know what hit them, and they won’t have time to react. The time for inaction must be over, or this is all for naught.”

His impassioned soliloquy drew praise from Adm. Eric T. Olson, U.S. Navy, retired. Although no longer active-duty, Adm. Olson, whose distinguished military career spanned 38 years, has been an advisor to active-duty White Hat Commanders. Adm. Olson, 70, has seen the United States tumble from greatness into a country ruled by despots and illegal regimes.

“With respect, Gen. Berger, Americans, real Americans, have grown impatient. We’ve been listless, lethargic, and almost catatonic in solving this dilemma. At this moment in time, 725 patriots present at the Capitol on Jan 6 are unlawfully sitting in jail. This is unacceptable. You’re sitting on 234 closed cases of Deep Staters yet to be arrested, 400 active cases, and several thousand pending investigations,” Adm. Olson said.

A third proponent for mass arrests chimed in. Col. J.D. Keirsey of the 75th Ranger Regiment, Fort Benning, said he had 2,500 troops standing ready to arrest traitors. He went as far as to impugn JAG’s credibility, saying that Vice Adm. Darse E. Crandall and his staff were prosecuting select “high value targets” but absolutely ignoring Deep State underlings who are equally complicit in the destruction of America’s society.

“We’ve taken an oath, sir, to protect America against all enemies, foreign and domestic. The Insurrection Act allows us to operate with impunity, and we haven’t availed ourselves of that privilege. There’s no time left for indecisiveness; that threshold is gone. We’re in tailspin, and our efforts, and God knows they are just, have had an insignificant impact on the Deep State’s takeover of society,” Col. Keirsey said.

General David H. Berger, however, had a counter argument. The military, he said, needed implicit and overt support from the true Commander-in-Chief, Donald J. Trump, before White Hats could even fathom simultaneously arresting a broad swath of Congress.

“These are nice thoughts, gentlemen, but unless President Trump, and his civilian loyalists, stops stalling and takes the podium to tell this nation what’s really going on—well, your ideas, though noble, would be catastrophic. I’ve spoken to him several times, recommended he stop pussyfooting. Yes, the Insurrection Act, which he signed, gives us authority, but can you imagine the ramifications of 200 or more Congressmen simply vanishing overnight? Half the country would be happy, sure, but the other half would be screaming. It could incite a second Civil War, and the last thing we want is blood on the streets,” Gen. Berger said.

Trump must tell Americans at his frequent rallies that he is still the lawful president. Trump’s ambiguous language, Gen. Berger insisted, damaged not only his reputation but also the reputations of those working on his behalf.

“On one hand, Trump says Biden stole the election; on the other hand, he’s referring to Biden as President Biden. Every time Trump calls Biden President Biden, it makes our job more difficult,” Gen. Berger said.

Our source said the meeting ended peacefully but without a solution, with the White Hat commanders agreeing to meet again after Memorial Day weekend.