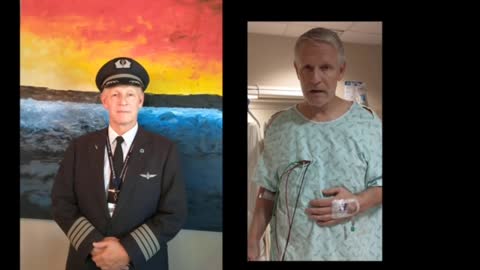 IF one is foolish enough to attempt to blow smoke …. throw shade …. jive-talk …. in the direction of MIT scientists, or otherwise “school” them — indeed, the hard-core smart-set, unlike the woke-obsessed faculties at the so-called Ivies — well, good luck with that exercise in futility! Yes, said fool will always lose. Guaranteed. As it happens, this writer is more than familiar with the MIT terrain. Besides, it will be a total waste of precious time.

NOT only that, the below is a recent scientific analysis, come what may. But in order to garner its real basis, link by link should be explored. Dear reader, it’s your call.

Amid a variety of reports of an unusual increase in cardiac events among young people, a peer-reviewed MIT study of data in highly vaccinated Israel found COVID vaccines were “significantly associated” with a 25% spike in emergency medical services for heart problems in 16-39 year-olds.

During the vaccine rollout period for that age group, from January to May 2021, there was a “statistically significant increase of over 25%” for emergency calls regarding cardiac arrest and acute coronary syndrome.

“While not establishing causal relationships, the findings raise concerns regarding vaccine-induced undetected severe cardiovascular side-effects and underscore the already established causal relationship between vaccines and myocarditis, a frequent cause of unexpected cardiac arrest in young individuals,” the study says.

Last month, as WND reported, an American Airlines captain who suffered cardiac arrest six minutes after landing at Dallas-Fort Worth International Airport blamed the COVID-19 shot his company required employees to get.

World-renowned cardiologist Dr. Peter McCullough, a leading critic of the COVID vaccines was one of the physicians who attended the pilot after the April 9 incident. McCullough said that while proving the cause of his heart incident is difficult, his case does fit a pattern. The physician said that in the absence of coronary disease, the best explanation is the vaccine.

The MIT study points out that Israel’s Ministry of Health already has assessed that males 16-24 have an increased risk of myocarditis after the second does of an mRNA vaccine.

The researchers said the increase in emergency calls in January 2021 “seems to track closely the administration of 2nd dose vaccines.” A second observed increase, beginning April 18, “seems to track an increase of single-dose vaccination to individuals who recovered from COVID-19 infections.” The Israel Ministry of Health approved the single dose after infection for ages 16 and up in early March 2021.

Safety signals
In March, a former adviser to the FDA commissioner who continues to serve in an oversight role said the agency is ignoring its requirement to disclose clear safety and efficacy problems with the COVID-19 vaccines. Also in March, an Army flight surgeon testified in federal court that she was ordered by high-level command not to discuss the controversy over Department of Defense data indicating a massive spike in serious injuries and illnesses among military personnel when the vaccines were rolled out in 2021. And, among many other safety signals, an analysis of CDC data by a former Wall Street executive an an insurance industry expert shows an alarming rise in excess deaths among Millennials over the past year amid the COVID vaccine rollout.

In April, the Food and Drug Administration released a briefing document that says the composition of the current COVID-19 vaccines might need to be changed to ensure high levels of protection.The American Airlines pilot, Snow, said in a video from his hospital room that he received the vaccine “under duress,” with his employer warning that he would lose his job if he didn’t comply.

Many airline pilots were able to keep their jobs without being vaccinated by getting an exemption, thanks to a group called US Freedom Flyers and the legal consultation of the non-profit advocacy group Liberty Counsel.

The head of US Freedom Flyers, Joshua Yoder, said in a statement that the “near miss” in Snow’s case “is a direct result of the Federal Aviation Administration (FAA) overlooking their own safety regulations for brazenly political purposes.”

He said the FAA, by mandating the shots, has “abdicated its mission” to “provide the safest, most efficient aerospace system in the world.”