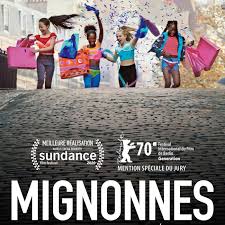 IT is an “open secret” that the crime of pedophilia, more often than not, intersects with satanic cult rituals. Both are steeped in nihilism and associated dark forces. To deny it is to deny reality.

NOT only that, the likes of Hollyweird + radical left power brokers + self-appointed elitists are a toxic brew like none other. Indeed, NETFLIX is known to lead the fray!

IN this regard, let it dare be repeated: Incontestably, NETFLIX is beyond steeped with pedophilia — starting with its head honchos and up and down the chain of command! And, since pedophilia is a crime, NETFLIX should not only be canceled by viewers, but its purveyors should be locked up for years and years!

“He was adamant about it. He told at least seven people, including me—and I don’t even sub to it–to get rid of Netflix. As far as I know, President Trump heard about Hastings from only one person, but someone he trusts. I can’t say with certainty if it’s legit or innuendo, but knowing what we know about Hollywood, well, Trump was fired up,” our source said.

Trump, our source added, did not name his source but mentioned a few stories he’d heard about Hastings’ illicit activities.

Although Hastings started adulthood on the straight and narrow—he joined the U.S. Marine Corps, but flunked out of Boot Camp—at some point he was seduced by the Dark Side, Hollywood’s corruptive influence, and with adrenochrome-infused blood embraced the sick, sadistic world of child molestation.

As the story went, Hastings abused his authority as Netflix’s CEO to groom young male actors for a life of child slavery. He hosted parties for aspiring child stars at which children were subjected to hypnosis and given “mushroom tea” and opiates to alter their perception of reality. The kids, intrinsically vulnerable and impressionable owing to their ages, had no clue Hastings was brainwashing them. Some circles refer to this as being “MKUltrad.”

MKUltra was the code name of an illegal human experimentation program designed and undertaken by the U.S. Central Intelligence Agency. MKUltra used many methods to manipulate its subjects’ mental states and brain functions, such as the covert administration of high doses of psychoactive drugs (especially LSD) and other chemicals, electroshocks, hypnosis, sensory deprivation, isolation, and verbal and sexual abuse.

Many of Disney’s child prodigies including Britney Spears and Amanda Bynes fell victim to MKUltra and, as a result, suffered psychological and physiological breakdowns later in life, with few memories of the torture.

Hastings appears to have taken a page from the Disney playbook.

“The parents of these child phenoms are so desperate for their kids to break into the industry, they got no issue leaving 8, 9, and 10-year-olds in the hands of perfect strangers, just so their kids can get a shot at stardom,” our source said. “President Trump said this guy Hastings surreptitiously fed kids drugs and alcohol and taught them it was okay to touch his, ummm, private parts. Trump told me, directly, that anyone paying for Netflix is inadvertently supporting pedophilia.”

Furthermore, Hastings is also an enthusiastic supporter of NAMBLA, the North American Man-Boy Love Association, a demented group that endorses and seeks to decriminalize carnal relations between adult men and especially young children.

“Hastings is apparently a card-carrying member. Adrenochrome junkie and sexual predator, using power and money to manipulate the innocent,” our source said.

Real Raw News will follow-up on this, and is publishing this piece only because President Donald J. Trump’s intel is typically infallible.