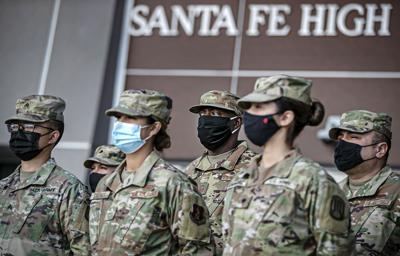 ONE only has to look towards Canada — a heretofore considered loosey-goosey, live and let live liberal democracy — to realize that once the mask drops from an inner dictator, often posing as a leader with liberal tendencies, they will grab onto total power and control and violate every civilized democratic norm. In point of fact, fascistic Trudeau and his female counterpart, New Zealand’s Jucinda Arden, are prime exhibits. Of course, the entire criminal Biden regime is rife with the aforementioned ruling traits.

BUT nothing, absolutely nothing, means more to them than capturing the hearts and minds of the kiddies, come what may. It is many wet dreams in the making.

NATURALLY, the plandemic afforded the vehicle for deep-state actors — from every level of government, most jarringly, exposing dictatorial school boards, in league with radical left teachers’ unions, and complicit elected leadership — to grab ahold of the reins of power with maximum force. On the flip side, they have been exposed. As such, millions upon millions are engaging in push-back.

INDEED, this is where the foreshadowing of contemporary cartoons (and the likes of George Orwell’s 1984) serve as mirror images to what takes place when blackened hearts become drunk on power! Yes, blue state governors deserve the utmost scrutiny from JAG operators.

IT is the opinion of this investigative journalist: the dangers accrued from each and every like-minded (elected and non-elected) totalitarian must be considered a clear and present danger … with all the weight and due deliberation that said warning entails. Most significantly, the grave dangers they pose to the kiddies is second to none.

REST assured, the above is not a foreshadowing, It is the here and now.

Contemporary cartoons like South Park and the Simpsons have predicted the future with almost infallible accuracy. In South Park: The Pandemic Special trigger-happy, gung-ho cops became surrogate teachers after the town’s educators fell ill from Covid or refused to work for lack of eagerly sought vaccines. A similar event is unfolding, this time for real.

New Mexico Governor Michelle Grisham, a Deep State democrat, has abused her authority in calling up the state’s National Guard to play substitute teacher. She said so many educators were out sick with Covid that she had no choice but to enlist Guardsmen to fill an “educational vacuum,” even though Republican Party of New Mexico Chairperson Steve Pearce warned she was setting “a dangerous precedent.”

Grisham’s reasons for mustering Guardsmen, however, are not just exaggerated, they are blatantly apocryphal. Although a few teachers are legitimately sick, most were furloughed or outright fired for refusing to take an experimental vaccine scientifically proven to weaken the immune system, cause life-threatening blood clots, and, in some cases, result in instant death.

The Guardsmen teaching kids program is rife with issues that should concern every parent.

When Grisham on 8 January announced the program, she ordered the New Mexico Department of Public Education to create a “fast track” program that allowed unqualified Guardsmen to earn a teaching certificate in just two weeks. The program’s results were less than astounding.

Lauren Grey, a 26-year-old high school drop-out originally from Odessa, Texas, is among the Guardsmen tasked with educating our nation’s youth. She is currently teaching fourth-grade students at Estancia Elementary School in rural central New Mexico. On Thursday, February 17, Grey showed students a map of New Mexico and asked them to point out the state’s capitol. When one double-masked student thrust his hand in the air and shouted “Santa Fe,” Grey admonished him, incorrectly saying that Albuquerque, not Santa Fe, was the state’s capitol city. Several students refuted Grey’s mistaken assertion, which prompted an unprofessional response.

It’s not an isolated incident.

Guardsmen have been given a choice whether to appear in class in civilian clothes or military dress, and thus far all have appeared in class wearing uniforms—medals, ribbons, and, yes, sometimes sidearms. In a sunny classroom in Pojoaque Valley Elementary School, northern New Mexico, a class of despondent preteens is doing a group reading exercise. Lieutenant Austin Scott Peters paces around, peering over shoulders as the 6th-graders read aloud passages from William Golding’s Lord of the Flies. One student reads about the novel’s protagonist, Ralph, plight in dealing with the story’s primary antagonist, Jack, whose lust for power, blood, violence, and cruelty sways the boys to embrace anarchy and aggression.

In the classroom Lt. Peters pulled a loaded sidearm from its holster, saying, “Those who have the most firepower makes the rules. I don’t care what anyone else has taught you. These are the facts. Ignore them at your own peril.” He carelessly brandished his sidearm, pointing it at several students before finally returning it to its holster.

Students screamed and panicked and fled the classroom, later telling parents that a “faculty member” waved a gun in their faces.

These are two occurrences Real Raw News has hard of, and more probably exist.

Currently, the New Mexico National Guard has no real leadership except for Gov. Grisham. Its former commander, Major General Kenneth A. Nava, retired on December 31, 2021.