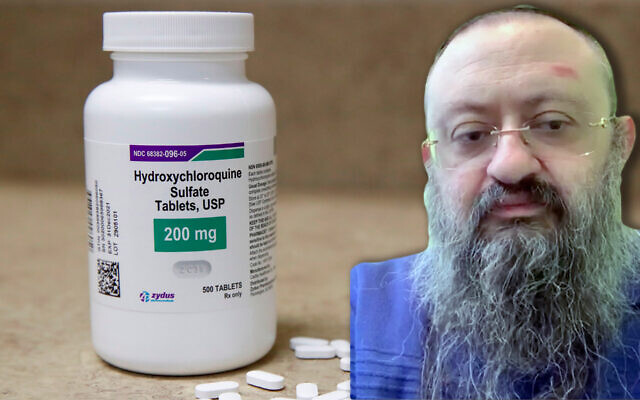 [Dr. Vladimir Zelenko promoted hydroxychloroquine as a treatment for COVID-19.] (Getty Images and screenshot from Whatsapp video via JTA)

WHENEVER the deep-state feels boxed-in, that is, afraid that their grip on power and control is threatened, well, expect some of their front-line nemeses to “disappear.”

NOW, this is nothing new under the sun. Who recalls all those who “mysteriously disappeared” or “dropped like flies” via the agents of the Clinton Crime Family and Obama’s hench-people, alike? Not only that, there is a particular someone within Israel’s top leadership who has a penchant for causing the “disappearances” of those who are viewed as threats to his hegemony. Yes, indeed. It is an “open secret” within the top-tier!

ALAS, don’t let the above dirty laundry dismiss the following sordid truth: inexorably, regimes all over the world cause adversaries to be “eliminated.” The point being, the fact that the twin pillars of western civilization — more accurately, what’s left of it — America and Israel, are no longer immune, well, it should serve as a wake-up call to all those who still value freedom.

IN this regard, upon internalizing the above assassination threat, it is neither accidental nor incidental that a like-minded colleague is sending out alarm bells re his own safety.

‘First of all, I’m not suicidal… Second of all, I’m doing much better; my health is fine. So if I die, or disappear, it has nothing to do with any of that…’

Dr. Vladimir Zelenko warns there’s a concerted effort to silence truth-telling doctors like himself, and cautions if he soon dies it won’t be from ill health, or by his own hand.

In the critical message posted to Gettr on Monday, Dr. Zelenko indicates the establishment’s war on truth-tellers in the medical industry is about to go into overdrive, and good people need to rise up to stop it from impacting the next generation.

Dr. Zelenko, who has successfully treated thousands of patients with his model protocol used by many front line doctors— is now worried about his life. pic.twitter.com/NkhhYoankT

“The government now is desperate,” Zelenko says. “The tyrants know that their end is coming and they’ve dug in and they’re going to go now full totalitarian tyranny trying to suppress voices like myself.”

The doctor, who promotes early treatment and prophylaxis protocols for low-risk patients to treat Covid-19, goes on to point out his life is in danger because of the information he’s disseminating.

“First of all, I’m not suicidal,” Zelenko acknowledges.

“Second of all, I’m doing much better; my health is fine. So if I die, or disappear, it has nothing to do with any of that and you know what the source of it…”

“It’s an assassination attempt on the truth by the suppression of my voice and voices like me.”

Zelenko goes on to say there will soon be an “attempt to sanction doctors like myself, take away our licenses, vilify and so on.”

The only recourse, the doctor says, is for honest doctors and other like-minded people to band together, rise up politically and reject the tyranny.

“My request from fellow physicians and my request from anyone that’s listening is to go in the exact opposite direction: Rise up. This is a Civil War for freedom, hopefully in a nonviolent way,” Zelenko says.

“We need civil disobedience. We need to say, ‘No,’ to the demented puppet in the White House and to all these tyrannical lies from people like Fauci, and the NIH, and the CDC, and the FDA… all these organizations that are nothing more than prostitutes and whore houses.”

The future, Zelenko confirms, depends on good people standing up (in a non-violent way) to the ruthless authoritarianism.

“If you want your children to have an opportunity to thrive with God consciousness, it is now time to rise up and sacrifice, because the freedom of our children is dependent on what we do right now,” the doctor notes.

“I’m not advocating for violence. I’m advocating for civil disobedience. Rise up. Say, ‘No, to the poison death shots and completely reject today’s government, which is nothing more than an enemy of the people, enemy of humanity, enemy of God.”