CREEP-BY-CREEP, Israel’s top echelons — not to be confused with officer ranks and their subordinates — within its military/security agencies have veered left-ward. This is not for nothing. It is not up for debate.

SIMPLY put, in order to segue from a post-military career into the political arena, well, left-ward is the only viable path. Though a minority of the Jewish majority public, leftists are fully entrenched in all the power centers, not unlike their leftist U.S. counterparts.

IN any case, as is said, the proof is in the pudding.

ALL of which brings the discussion to a beyond the pale national security disaster — that which is an ABSOLUTE knock-on effect from the top-tier’s (within military intelligence/defense circles) obsessive focus on ex-post appointments within the political arena, thereby, failing to see what is right before their very own eyes. Under their noses.

AS always, they are oh so shocked, shocked! 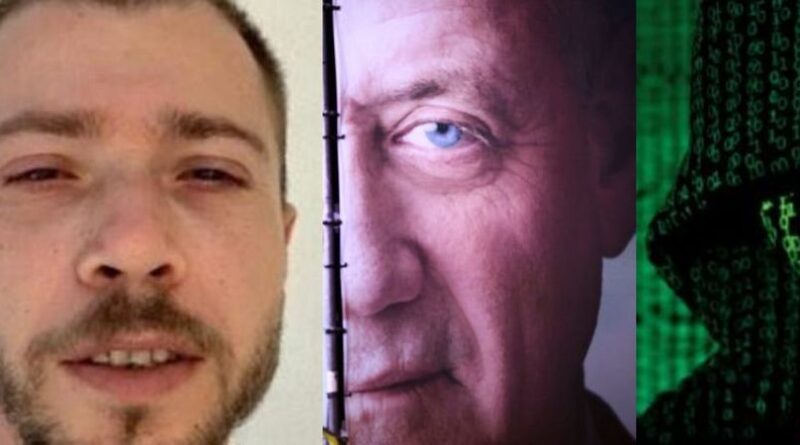 How a spy came to serve Iran out of the cherished sanctuary of an Israeli military chief-of-staff-turned-defense minister can’t be explained away – certainly not by a stream of lame excuses emanating from the Shin Bet security service.

Omry Goren Gorochovsky, 37, had been at it for at least three years from April 2019 before he was discovered. He was working at the time as cleaner at the home of the ex-chief of staff Benny Gantz. The military chief had just launched into politics as leader of the opposition Blue-White party, when his mobile was invaded by Iran-backed hackers. This prompted the taunt that a leader who couldn’t protect his own phone, could not aspire to protect the country.
Goren is now believed to have given the hackers access to Gantz’s phone. But then, not a whisper of suspicion came near him. The hacking scandal died down and the promised investigation never took off. Goren got away with it and was encouraged to develop his career as digital spy.
The most credible witnesses assure DEBKAfile that Goran and his wife were hired in 2015 to work for six hours twice a week to clean and tidy the Ganz home. The cleaner had a key so that when family was out, he could go in and work in all the rooms without oversight. None was even contemplated.
This arrangement continued after Gantz became alternate prime minister in partnership with then PM Binyamin Netanyahu. His private Rosh Ha’Ayin residence in central Israel was then massively barricaded with high walls enclosing the entire vicinity and manned sentry-posts. The external barriers in place were no bar against the enemy within. The Gantzes’ regular cleaning man was free to offer a clandestine service to the highest bidder. He traded on the non-reference by authority to his criminal past. Was Gantz not tipped off before he gave the cleaner the key to his home?

In 2013, Goren was indicted for two bank robberies in aggravated circumstances, attempted robbery and conspiracy to commit robbery. His victims were wide-ranging: International Bank branches in Carmiel and Ramleh, the Mizrahi Bank in Kiryat Bialik and the Postal Bank in Lod. His comeuppance came in 2008. While robbing the Mercantile-Discount Bank in Tel Aviv, Goren toted a tear gas gun against the clerks. He got away, only to be caught while running by a US Embassy guard.

At his trial he and his brother were charged with two of the bank robberies and after a plea bargain was sent down to four years in jail. He was out in two years. And in 2015, he was given the job as house cleaner. Gantz was still then IDF chief of staff. What references did the ex-con have to offer? How was he hired without a thorough-going security check? No answers to these questions are available even now. Indeed the few facts on offer bear the marks of a heavy whitewash brush. Who is wielding it? Gantz in person, his associates or the Shin Bet?

But Goren’s career as spy on the spot was to gain more traction after his employer became defense minister in June 2021. On Oct. 26, a gang of hackers calling themselves Moses Staff ran photos of the new defense minister, attached to this threat: “We know all your decisions and one day we will harm you in an unknown place. We have gained secret documents from the defense ministry with information, operational maps and data on the potential of units… We will release this information to show the whole world [the extent] of your crimes.”

It has since emerged that Goren used Telegram to file the top-secret data he stole for a fee for Moses Staff and has since deleted this file. More may still be undiscovered.

Moses Staff is linked by cyber experts to the Iranian hacking group Black Shadow. It is now believed that over and above classified data, Goren actually made an offer to Tehran to plant malware in the minister’s private computer to provide Iranian intelligence with a steady feed to their computers of stolen secrets. “We know about all your decisions,” was therefore not an empty boast by the hackers.

After years of eluding attention from Israel’s security agencies and enjoying the trust of his employers, the cleaner felt he had plenty of unsupervised time to play with at the defense minister’s home for developing a lucrative espionage service. Benny Gantz cannot be absolved from negligence in admitting a civilian with a long criminal record to his home with access to the state secrets available through his computer. But most of all the Shin Bet must be held accountable for failing to notice the spy lurking inside Israel’s most hallowed security hubs.

Expert teams will have their work cut out to unearth any other state secrets Goren may have stolen and sold on the Dark Net.