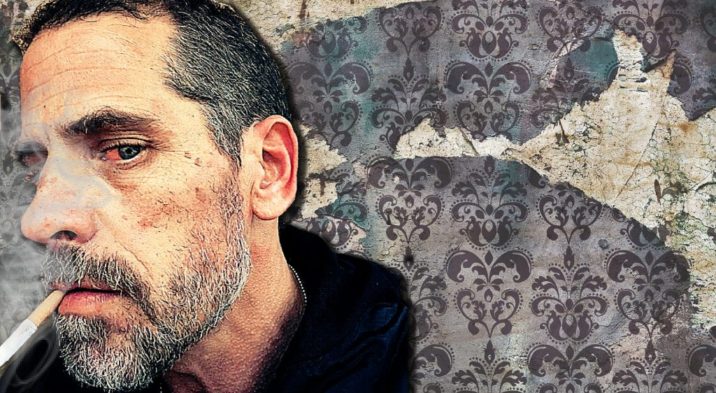 NOT one to mix apples and oranges, in a manner of speaking, it is imperative to take a clear-eyed look-back to a particular so-called off the cuff bantering, that is, between the most powerful POTUS to despoil the heretofore People’s House with (one of countless) an on-air sycophant.

THIS is especially the case when dealing with HUSSEIN Obama; the most dangerous narcissist and red-green agenda-driven POTUS, bar none. Unmitigated arrogance. Enter: boot-licking sycophant extraordinaire, Stephen Colbert!

BACK on November 30, 2020, the Radical/Islamist-in-Chief schmoozed with fan-boy Colbert, and it couldn’t have been any more revelatory and vomit-inducing — not that the Democrat Mafia thought anyone but fellow travelers would catch the drift, no less, the none too swift “deplorables.” But never mind.

FOR when this writer insisted, over and over again, that Obama 3.0 is running the Biden show, well, it was not for nothing. But why mention it here, that is, with the righteous news that Hunter is no longer among the living and breathing? Wait and see. First things first.

Obama sat down for another set of interviews for The Late Show with Stephen Colbert to promote his new memoir A Promised Land. The book, which has sold more than 1.5 million copies, takes readers on a deep dive into the president’s rise in politics and his eight years in office.

While 44 maximized his stay in the White House as commander-in-chief, he told Colbert about how he could’ve possibly extended tenure.

“I used to say if I can make an arrangement where I had a stand-in or front-man or front-woman and they had an earpiece in and I was just in my basement in my sweats looking through the stuff and I could sort of deliver the lines while someone was doing all the talking and ceremony, I’d be fine with that because I found the work fascinating,” Obama quipped.

While the hypothetical plan wouldn’t be the most constitutional or legal way to stay in office, Obama explained that it would be one way to achieve the level of satisfaction and excitement he experienced while in charge…..

INEXORABLY, nothing is as it seems, when it comes to the Democrat Mafia. Smoke and mirrors.
NOW that the above walk down memory lane is beyond clear, let’s meander to another POTUS — less of an ideologue, but treacherous in his own (highly corrupt) right. Indeed, it is instructive to do so to better understand the lengths the Democrat Mafia (via the deep-state) will go to in order to destroy America. Limitless.

YES, as expected, the Mockingbird Media (with FOX alongside for the ride) has been breathlessly reporting on the so-called medical condition of Billy boy’s sudden illness and his hospitalization. Well, that would be newsworthy, that is, if he was still among the living!

AGAIN, what’s the upshot? In the same manner in which a slew of heavyweights are six feet under due to the righteous justice meted out JAG-style, Billy boy’s doppelganger is now standing-in for so-called treatment! Believe it or not.

AS such, now that the treasonous, criminal/pedo-bent progeny of China/crooked/pedo/dementia/comatose Joe has been hung, it won’t be long before he “shows up” among the living! No doubt. Indeed, the below backgrounder should serve as today’s precursor.

ONTO the dirt-bag’s actual day of reckoning …. but don’t forget to connect the Obama 3.0 dots!

Hunter Biden’s life ended Friday morning at 8:00 a.m. when the U.S. Navy Judge Advocate General’s Corps in cooperation with the Office of Military Commissions hanged him to death. His execution happened only a few weeks after a military tribunal at Guantanamo Bay found him guilty of treason—a capital offense—and a myriad of sex crimes against underage women.

Hunter Biden’s last hours alive were remarkably like those of other Deep State agents. He was awoken at 6:00 a.m. and offered a last meal. Then, GITMO security escorted him to the exit of Camp Delta where a Humvee and three armed Marines awaited his arrival. He was then driven to GITMO’s southern edge, where the same gallows from which Bill Gates had been hanged earlier this month loomed before him.

A Naval chaplain and an anonymous soldier, who manned the gallows, stood atop the platform.

RRN has been asked to keep confidential the names of other high-ranking officers in attendance.

After Biden ascended the shallow flight of steps leading to the platform and had a noose slipped around his neck, Rear Adm. Crandall asked if he had any last words, or wanted to give a statement of contrition.

“You can’t do this to me; I’m a civilian. I’m not a politician. I’m not in the game,” said a defiant Biden.

“Game?” Rear Adm. Crandall queried. “You’re about to be hanged, Mr. Biden, and you’re talking of games. You probably thought this was a chess game and saw yourself as a rook or even the queen. You were always a pawn, and you put yourself in the game, as you put it, and you ran amok, afoul of everything this country is supposed to stand for.”

“It was all Barack. He’s calling all the shots. He’s behind everything from Covid-19 to a tanking economy to wanting to see the country tear itself apart. All I ever did was have some fun,” Biden pleaded as the anonymous soldier tightened the noose.

“The time for telling us what we already know is over,” Rear Adm. Crandall said.

The chaplain gave Last Rites, and a moment later the trap door swung open beneath Biden’s feet. His neck snapped.

“I don’t take any sense of perverse pleasure in overseeing these executions,” Rear Adm. Crandall told the assembly. “But justice today has been served.”