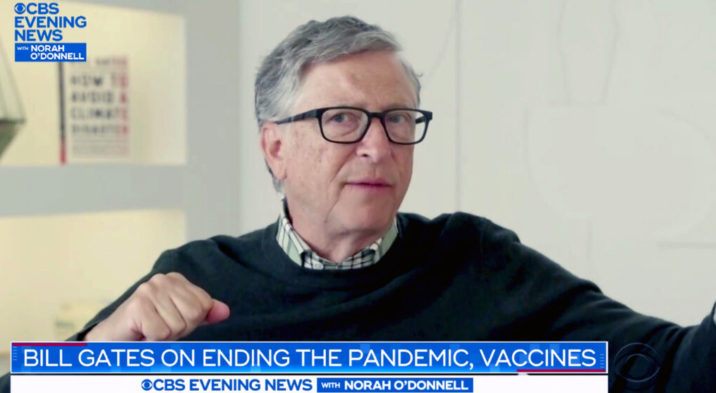 WHEN it comes to the most evil walking this earth, a common personality trait exists: narcissism. Invincibility, too. They behave as if as if their money, power, and influence serves as a superman-like shield and cover. Yes and no.

ON the one hand, they get away with horrors that would land mere mortals behind bars for lengthy prison terms — or, for that matter, lethal injections. Par for this wretched course of injustice, countless (innocent) dead bodies end up strewn in their wake.

STILL yet, from time to time, even the most well-insulated can’t escape the long-arm of justice, that is, JAG-style.

AS regular readers are well aware, a host of evil-doers have been caught in their cross-hairs — some of whom have already met their fates, while others are in process of awaiting theirs. All of which circles back to a monster among monsters, that is, Bill Gates, and DAY 4 of his Tribunal at GITMO!

AND to catch up to speed, the following outlines DAYS 1-3 into a coherent synopsis:

BUT before we proceed to the latest Bill Gates horror show, how surprising is it that the “spiller of the beans” is being threatened by one of his many whore-like hatchet-people, Mark Suzman? Not very. Par for the truth-teller’s course.

At the conclusion of Day 3, which took place last Wednesday, the U.S. military claimed to have evidence proving that Gates, or people on his behalf, injected at least 250 unsuspecting persons with an experimental influenza vaccine designed to slowly erode bodily organs and eventually cause death. Gates’ lawyer, the animated and theatrical David Baluarte, asked for a continuance so he could speak to his client in private. When the trial resumed Thursday morning, Baluarte asked the U.S. Navy Judge Advocate General’s Corps to produce the corpses of all 250 alleged victims, so that he could hire an independent forensic pathologist to exhume and examine the corpses.

“But you can’t do that, can you, Vice Adm. Hannink? You know why you can’t? Because those people do not exist, and the injections never happened. You’re attempting to prosecute this man based on roleplaying games he had with friends. Nothing more; nothing less. Were they morbid? Yes. Were they criminal? No. This tribunal is a sham,” Baluarte said.

“Bill Gates is arrogant and a narcissist,” Vice Adm. Hannink said, pointing at the accused, “but he isn’t sloppy. Even if there were bodies to exhume, it’s doubtful we’d find much after 20 years. But Bill made sure no exhumations would ever happen. All were cremated, in some cases in defiance of the decedent’s last wishes.”

He showed the tribunal an ad the fledgling Gates Foundation had published in the Seattle Times in August 2001. The ad sought volunteers to receive a ‘revolutionary’ influenza vaccine that, the ad said, would last 5 years and automatically interact with the human body to combat yet unknown variants of seasonal influenza. Participants, the ad went on, had to be between 65-75 years old and have no chronic ailments such as heart disease or diabetes. Recipients of the diabolical concoction had to sign a battery of non-disclosure agreements and a waiver absolving the Gates Foundation, Microsoft Corporation, and Harborview Medical Center, where the drug was administered, of “loss of life.” Moreover, it indemnified Chiron Corporation—Gate’s biotech partner at the time—against any recrimination stemming from receipt of the so-called vaccine.

Baluarte interrupted, asking from where the military got its copy and, more importantly, from where he could obtain a copy to verify its veracity. He said the Office of Military Commissions could have drawn the ad on photoshop simply because the military hates his client.

“Bill Gates, detainee Bill Gates, is very good at purging digital data. And what was then a very rudimentary internet—well, he had no problem making sure that any digital records were destroyed or deleted. He is not so thorough at eliminating analog evidence, and fortunately for the prosecution, the Seattle Times was still backing up its print on microfiche,” Vice Adm. Hannink said, and produced a small, metal canister. “We also obtained from Harborview a list of the 253 recipients, and paperwork bearing Gates’ signature.

Vice Adm. Hannink made a startling revelation; he said there were 3 added participants who had miraculously survived the Gates vaccine, but two of whom perished years later.

“Amazingly, one still lives, now 91-years-old. And I think we should hear what she has to say,” Vice Adm. Hannink addressed the panel.

Via ZOOM, a woman who identified herself as ‘recipient 163,’ Mary Johnson, appeared on screen, a faint smile on her weathered face.

She spoke slowly, giving each word its owed space: “I received the shot on August 24, 2001, at the advice of my physician after showing him the advertisement. The influenza season was about to hit, and I didn’t want to get sick. I also have a phobia of needles, so when I heard I could get a shot to last five years, I was thrilled. The leaflet said the shot was safe and effective and might have only mild side effects—sore arm, brief chills, mild fever, that sort of thing. I read that it was sponsored by Bill Gates Foundation and Chiron and didn’t think twice—until a year later.”

Twelve months later Ms. Brown endured catastrophic organ failure. First, cortical necrosis of the kidneys that needed a double transplant. Then, unexplained sclerosis of the liver, even though she did not drink or take medications known to cause such a condition. A month later, she had acute appendicitis and had to have her appendix removed, followed by her gallbladder a month later. Three months later, she survived two heart attacks in a month; a year later, her optic nerves dissolved, leaving her with less than 15% of vision. Her physician called it “inexplicable systemic, cascading organ failure,” but Ms. Johnson insisted Gates’ vaccine caused her rapid decline in health.

“Look, I wasn’t young, but I wasn’t in poor health, and it’s a damn miracle I’m still alive today. And here’s the kicker—after my liver transplant, I got a phone call in the hospital, and the caller said he was Bill Gates, and he asked me how I was doing. I was so doped up on morphine I didn’t know what I was saying, but I said something like ‘Oh, hi, Bill, I’m glad you’re checking up on me.’ And he said to remember I signed agreements, agreements that had to be honored, and hung up,” Ms. Johnson told the tribunal.

“If I’d known my organs would liquify, I’d never have taken that crap,” she said, breathing heavily between words.

Following her testimony, Vice Adm. Hannink put the tribunal in recess until after the holiday weekend, to resume Tuesday, September 7.