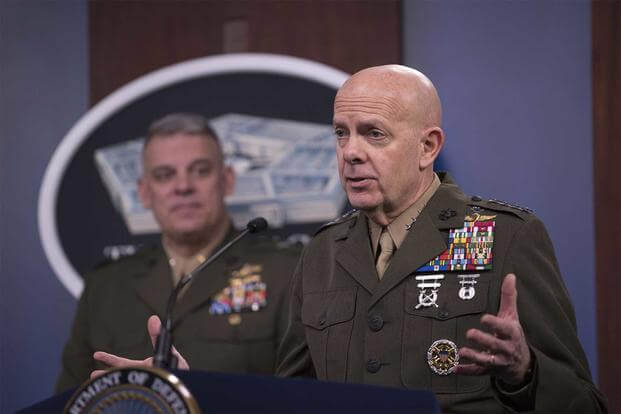 WHEN the fish stinks from the head up, anything and everything within said sphere is tainted. Rotten to the core. Similarly, when the very regime is illegitimate, well, “disobeying” so-called orders becomes an imperative. A no-brainer. Even more so, when it comes to imposing an experimental vax — one which has proven to be dangerous and is worthless as to efficacy  — why in the world would those tasked to serve and protect follow such orders? Why, indeed.

AND it is into this (moral) firefight to the death, yes, it is a life and death issue, that Marine Corps General and acting Joint Chief of Staff Chairman David H. Berger stands head and shoulders above Def of Sec Lloyd Austin, the agent of an illegitimate and impostor regime!

AS such, in addition to Berger’s initial HELL NO,

a further fu*k you salute, in a manner of speaking, is found below!

The contentious order came days after the corrupt Food & Drug Administration (FDA) gave full approval to Pfizer’s jab. Although it’s beyond the context of this article, RRN is reviewing evidence that Pfizer funneled enormous amounts of cash to the FDA in exchange for approving a drug that has undergone little testing and has sparked a hot debate over safety and efficacy.

As RRN reported on August 10, Gen. Berger and the Def Sec. had clashed over starkly different opinions on whether an illegitimate administration has authority to impose draconian-style mandates that could potentially endanger America’s fighting forces. Austin had said he answers only to Kamala Harris and Joe Biden, and Gen. Berger accused him of “selling your soul to the Devil” for popularity. Gen. Berger had added he would forcibly resist any an all attempts to unlawfully inoculate his Marines.

Hostility between the two escalated Wednesday morning when Kirby, while taking questions during a press briefing on Afghanistan, mentioned casually that mandatory vaccinations would start at once.

A source in Gen. Berger’s office told RRN that his office received a memo minutes after the briefing concluded. That memo said 800,000 of the country’s 1,346,000 active-duty personnel, which includes 156,000 Marines, have resisted vaccination. For perspective, those figures represent 59%–a majority-overall and 86% of the Marine Corps.

In addition, the memo asserted no solider will be granted a waiver, regardless of health or religious affiliation. “If a man or woman is healthy enough to serve in the Armed Forces, he/she is healthy enough to receive a Covid-19 vaccination” and “We can not tolerate the Armed Forces refusing the vaccine due to a conflict with religious beliefs. All U.S. military personnel will be vaccinated, to begin immediately,” were the words bearing Lloyd Austin’s signature.

Our source said Gen. Berger phoned Austin and uttered only two words— “you’re through”—before feeding the memo to a shredder.

He insists that Berger’s stance on mandatory vaccinations is unchanged.

“Berger went to call other high-ranking military officers right after he saw the memo. He was livid,” our source said. “I heard Berger say he’s not going to stand for this and he would muster every asset at his disposal to prevent mandatory vaccinations in the military. He’s usually so well-composed. Never seen such rage in him,” our source said.

“General Berger doesn’t recognize the Biden administration. He knows power was unlawfully usurped, and the election stolen. He believes the vaccines require much more testing, and that it’s unconstitutional and immoral to use questionable medication on perfectly healthy troops. He is prepared to go down fighting over this,” our source added.

He claims that Gen. Berger has the support of most of the Joint Chiefs of Staff, including Chief of the Army Gen. James C. McConville, Chief of the Air Force Gen. Charles Q. Brown, and Chief of Naval Operations Michael M. Gilday, all of whom are Trump appointees and all of whom have vowed to depose  Kamala Harris and Joe Bide, post haste.

GATES UPDATE ASAP. THERE WAS A DELAY IN YESTERDAY’S PROCEEDINGS