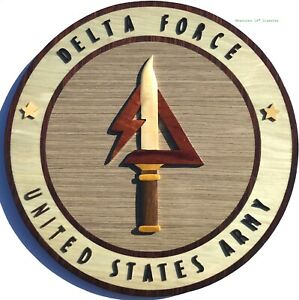 NOT one to mix apples and oranges — but never mind — this is a special case.

YES, while DELTA FORCE is nicknamed ‘The Unit’, so too is Israel’s most elite Special Forces, that is, SAYERET MATKAL! Affectionately called ‘The Unit’ (269) or General Staff Reconnaissance Unit, either way, DELTA and SAYERET are the most fearsome warriors within both nations.

AND, as an aside to the apples & oranges analogy, this journalist’s best friend in Israel — actually, akin to a loving ‘blood brother’ — fought (for years) alongside his fellow brothers-in-arms in Sayeret Matkal; most notably, during the raid on Entebbe! Indeed, while a fearless warrior, those closest to him also knew he was a ‘pussycat’ towards loved ones. Protective, loving, and loyal — to the very end. The good do die young.  That’s enough of that….

SO, those who believe that President Trump was the greatest, most patriotic President, bar none, should also take comfort in the knowledge that Delta’s warriors are guarding his safety!!

AS such, let’s send them all virtual thanks, high-fives, thumbs-up, as well as warm embraces. Most significantly, G-d speed to all on this most sacred mission!

Delta Force operators have been protecting Donald J. Trump and his Mar-a-Lago command center since the end of March, Real Raw News can now report.

On March 10, Trump learned the Secret Service agents assigned to safeguard him had colluded with members of the Biden administration, leaking details on how he and his loyal councilors planned to invalidate the 2020 election.  A source in Trump’s orbit told RRN that Stephen K. Bannon uncovered the insidious plot, and that Bannon gave Trump the names of two agents who had siphoned top-secret data from the Mar-a-Lago computer network and sent it to Jake Sullivan, Biden’s National Security Advisor.

“Bannon told Trump not to trust any Secret Service anymore. Trump, though, had the foresight to predict the digital intrusion. He had planted fake plans in the computer just in case Biden’s people somehow accessed it,” our source said.

Nonetheless, Trump fired the traitorous spies and warned them to avoid Mar-a-Lago and other Trump-owned properties.

“Tell your fake president you failed,” Trump purportedly told them.

On March 11, Trump met a U.S. Joint Special Operations Command officer whose name and rank are classified, as he is the current commander of 1st Special Forces Operational Detachment-Delta. Sources told RRN that Trump, concerned over the Secret Service betrayal, requested that a Delta detachment be assigned to defend Mar-a-Lago from potential Deep State incursions.

“The special operations community has remained fiercely loyal to Trump, despite Biden having stolen the election. Trump told the Delta commander he couldn’t trust the Secret Service, the CIA, the FBI, or anyone sent from Washington, for that matter. The Delta guy said he’d be happy to oblige, and Trump wanted a diversion so Delta could embed its people at Mar-a-Lago without drawing scrutiny or media attention,” our source said.

On March 15, Trump fabricated a cover story claiming he had to shutter a large swath of Mar-a-Lago due to a massive Covid-19 outbreak that was spreading throughout the resort like a wildfire. The MSM seized upon the story and ran with it, giving Trump’s lair a wide berth. Guests, except those Trump had rigorously vetted, were told to leave while the facility was fumigated and cleansed of Covid-19.

Meanwhile, Delta operators masquerading as a Covid-19 deep cleaning crew annexed the Mar-a-Lago library and repurposed it into a command center and armory from where they could observe traffic in and out of the resort.

“The Covid-19 closure was made up. Can you imagine Trump closing his personal businesses because of a virus that has a 99.9% survival rate? He knows the whole Covid-19 shit is a big fraud. He had it—and got the sniffles. He thought it’d be a funny way to get Delta inside without attracting unwanted scrutiny,” our source said.

The resort reopened on March 27, with an unknown number of Delta maneuvering incognito amongst the throng of affluent guests.

“With all that’s going on, Trump is concerned the Deep State might try again to infiltrate Mar-a-Lago. He’s counting on Delta to make sure that doesn’t happen,” our source said.