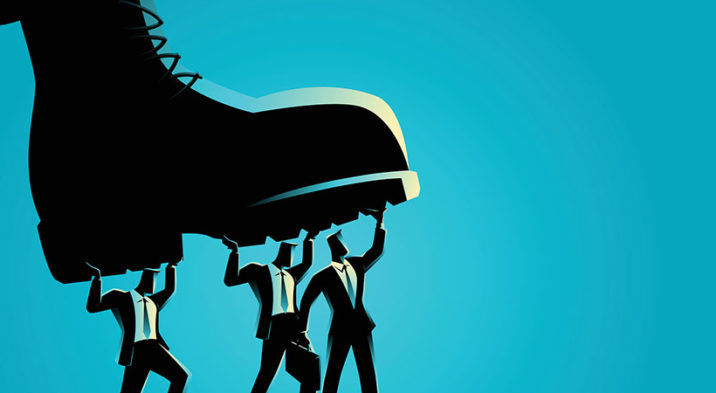 LO and behold….Newton’s Third Law of Motion, inadvertently, spells out much of the horror before our western eyes, that is: for every action, there is an equal and opposite reaction. In simple terms, the unleashing of ‘cancel culture’ will, inevitably and eventually, lead to an onslaught of reactions, the likes of which will have unintended consequences and will consume the west.

, and this Orwellian moment in time is not for nothing. Truth dare be told, it is a direct knock-on effect (one of many) of the left’s full-on march towards authoritarianism, that is, what is really going down in the heretofore land of the free and the home of the brave! Be still this patriot’s heart.
SO much so, even a die-hard liberal is sounding the highest decibel (non-PC) alarm via this and that most public megaphone. In fact, the following analysis and video interview with Tucker Carlson, of all people, attests to the many intersecting and encircling dangers at hand. Holy smokes….

Their letters demanded answers from these corporations on one simple topic: Why would these platforms continue to allow the dissemination of “misinformation” from conservative outlets?

“Our country’s public discourse is plagued by misinformation, disinformation, conspiracy theories, and lies,” the House Democrats wrote. “These phenomena undergird the radicalization of seditious individuals who committed acts of insurrection on January 6th, and it contributes to a growing distrust of public health measures necessary to crush the pandemic. … Are you planning to continue carrying Fox News, Newsmax, and OANN?”

The overt move by members of the government to cudgel private corporations into silencing unpopular viewpoints was clearly violative of First Amendment principles. The Constitution clearly provides that Congress shall make no law abridging freedom of speech or the press; Democrats have now hit upon a convenient workaround where they bully private actors into doing their censorious bidding.

This clever gambit is rooted in the conflation between “disinformation” and “misinformation” promulgated by the establishment media since 2016. After the 2016 election, the media went berserk with the theory that Hillary Clinton had lost the election thanks only to Russian interference.

And “misinformation,” it said, had to be policed.

Why, precisely, wouldn’t the answer to misinformation be factual rebuttal? Because, the authoritarian left argued, misinformation led to “incitement.”

Now, there is a legal standard for “incitement” — and it’s a high bar to reach. But the authoritarian left has broadened out the meaning of incitement to include any verbiage that elicits strong emotions … so long as conservatives are responsible for such verbiage. Thus, it’s possible incitement to call people by their biological pronouns but perfectly innocent fun to wink and nod at widespread looting and rioting.

The answer to “misinformation” and “incitement,” however, can’t lie within government. So Democrats have turned toward hijacking the private instruments of informational dissemination, all in the name of reestablishing an informational monopoly the left lost with the death of the Fairness Doctrine in 1987, and with a monopoly that collapsed completely with the rise of the open internet.

And corporations are going along with all of this. This week, Amazon banned a book on transgender people, “When Harry Became Sally,” presumably because it took a non-woke line on the subject. Coca-Cola is now apparently indoctrinating its employees into the cult of Robin DiAngelo “anti-racism.” Facebook and Twitter and Google are all preparing new measures aimed at cracking down on “misinformation” — opaque guidelines and nonrigorous standards that will surely cut in favor of the same establishment media now pushing censorship, and the Democrats they support.

The establishment media are fond of saying that we’re experiencing a crisis of authoritarianism in America; they point to the criminal acts of Jan. 6 and suggest that right-wing authoritarianism threatens democracy itself….continue reading here.…

AND two other things…..

Busted! Video: Reporter Has The Guts To Expose Biden Regime!

and another, by the inestimable Caroline Glick.

One week in progressive America

1 thought on “The Authoritarian Left is on the March…Biden’s DOJ Ready To Prosecute People For FOLLOWING THE LAW! REALLY… [VIDEO] By Adina Kutnicki”