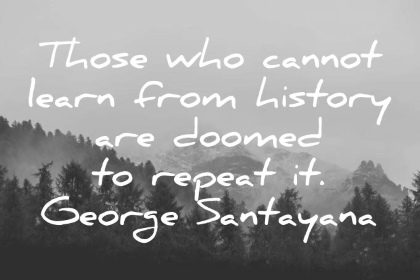 For those who believe that history has little or no meaning in their lives and is behind them, well, they will rue the day. Guaranteed.

Even so, for others whose brains have yet to fall out and earnestly seek the truth, a most intrinsic historical parallel stands out above the rest; one which exposes ANTIFA’s fascist roots, that is, via Nazi socialism and its storm-trooper tactics throughout America! Sound familiar?

Still yet, if the above feels too discomfiting, far-fetched and prone to dismissal, that’s okay, too. However, the following facts and truths can’t be wished away and that’s that.

A Brief History of Antifa: Part I

Antifa in the United States

So, once said lessons are learned well, it is imperative for people of conscience – regardless of their faith or lack thereof – to recognize that what is happening within America’s Churches, the epicenter of the nation’s foundational roots, had transpired and transformed a once enlightened Germany into a Nazi killing-machine!

Alas, it is along this horrific, twisted historical trail that history is, indeed, repeating itself. But it is not as if the infiltration and penetration happened overnight, not at all. Inexorably, it has been ongoing for decades under the banner of “multiculturalism” and every touchy-feely, “social justice”, trojan horse imaginable.

Of course, once the nation (purposefully) caught fire via well-funded, highly orchestrated arsonists – deemed by the Democrat-Media Complex and anti-American officialdom as holier than thou “social justice” warriors –  well, “racism” became the main hammer-blow  utilized as a bludgeon by the aforementioned godless, nihilist benefactors against the Church. Indeed, well-positioned, heavily-funded insiders within the lay hierarchy are the mouthpieces for the radical left; with the goal being to co-opt and transform the Church via the gutting of its spiritual soul! More than evil…but not unpredictable.

Enter….the poisonous fruits of their groundwork….

Trust, none of the below is isolated and from a renegade-like parish. Rather, it has become the “norm” – all the hierarchy’s protestations to the contrary!

A New York priest said his parish added a “pledge for racial justice” to Masses as part of its anti-racism initiatives, and that no one at the parish is required to participate in it. While video of the pledge has been the subject of criticism in the media and from some Catholics, the Archdiocese of New York has not commented on the matter.

“Under the sponsorship of the Pastoral Council, we held a prayer service for the victims of racism and commissioned our Sacred Space ministry to produce a display so that there would be heightened awareness. In that context, someone found a version of the pledge from a Unitarian Church in Texas,” Fr. Kenneth Boller, SJ, pastor of St. Francis Xavier Parish in New York City, told CNA Sept. 2.

“We invite people to take the pledge after the post communion prayer and before the final blessing-a time when many churches have announcements. People are invited to respond yes to each question. Some choose not to. That’s fine,” Boller added.

Liturgical law prohibits the addition of any components to Mass that are not prescribed by Church rubrics or approved by proper authorities.

The General Instruction for the Roman Missal directs that each priest “must remember that he is the servant of the sacred Liturgy and that he himself is not permitted, on his own initiative, to add, to remove, or to change anything in the celebration of Mass.”

Similarly, the Second Vatican Council’s apostolic constitution on the liturgy, Sacrosanctum concilium, says that apart from the Apostolic See, or the conference of bishops or diocesan bishop when permitted by law, no one else, “even if he be a priest, may add, remove, or change anything in the liturgy on his own authority.”

While the pledge was not approved for inclusion by the Archdiocese of New York, Boller told CNA that “It is common practice to have announcements before the final blessing. Often we are given messages from the chancery to be read at Mass. The Catholic bishops composed a lovely prayer to Our Lady of Guadalupe in time of pandemic. At their suggestion we pray that before the final blessing during the week. The approved practice of many dioceses, while at variance with the GIRM, seems acceptable.”

On Wednesday, Boller told CNA that the pledge is part of a broader effort in the parish to be attentive to racial justice.

“After the death of George Floyd our parish wished to be more pro-actively anti-racist. There had been a book discussion group on racism for 18 months and there was a recent history of dialog with an African-American Catholic parish in Harlem,” the priest said.

The pledge asks whether Catholics “support justice, equity, and compassion,” and affirm that “white privilege and the culture of white supremacy must be dismantled wherever it is present.” It also asks whether Catholics commit “to help transform our church culture to one that is actively engaged in seeking racial justice and equity for everyone,” and affirm “the inherent worth and dignity of every person.”

The pledge gained attention earlier this week, when a redacted video of its recitation began circulating online. On Sept. 2, Fox News television host Tucker Carlson erroneously reported that the pledge, which he called “talking points from BLM” had “replaced the Nicene Creed” at the parish. In the same segment, commentator Eric Metaxas said that if the parish “had a swastika on the altar, it would be no different.”

“The people who are using these new terms — systemic racism or white privilege — these are Marxists,” Metaxas added. “If you do not reject this with everything you have, you are bringing about the death of Christian faith in America,” he said.

The U.S. bishops’ conference 2018 pastoral letter on racism, “Open Wide our Hearts” laments “years of systemic racism working in how resources are allocated to communities that remain de facto segregated.”

In June, Deacon Harold Burke-Sivers, who is Black, wrote that “Prejudiced and racist attitudes of individuals also infiltrate institutional structures and organizations, thus forming the foundation for systemic racism….The residual effects of these attitudes are still felt by many Catholics of color today.”

In comments sent to CNA after the initial publication of this report, Boller noted that “Open Wide Our Hearts” calls for “ongoing conversion.”

“It is in this spirit of ongoing conversion and restoring of right relationships that the pledge is offered. It is our community’s hope that the pledge is the beginning of conversations within our immediate and larger faith community. The goal of racial equity should be an inclusive ‘both and’ conversation. We welcome being at the forefront of this effort,” the priest said.

The parish, Boller said, which is administered by the Society of Jesus, “has striven to be inclusive and respectful of all people in a conscious and purposeful way.”

“Over the years this has led to the establishment of the Xavier Mission with its outreach to feeding, clothing and sheltering the homeless, establishing a strong program of spiritual direction to help parishioners deepen their prayer life, providing a spiritual home to members of the LBGTQ+ community and many other initiatives. All these initiatives emanate from our commitment to putting Catholic social teaching into practice through works of charity and acts of peace and justice.”

The parish has been at the center of controversy in the past.

In 2010, a parish group marching in the New York City Gay Pride parade was instructed by the Archdiocese of New York to omit the name of the parish from a banner they carried. The group complied, and continues to march in the parade, though the archdiocese has reportedly not intervened since prohibiting use of the parish name on signage.

The Archdiocese of New York told CNA it had no comment on the pledge and the controversy that surrounded its recitation during Mass.

This report was updated after publication, when additional comments were sent from St. Francis Xavier parish to CNA. (Photos of George Floyd, Breonna Taylor, and Ahmaud Arbery on a side altar at St. Francis Xavier Church in New York City)