CARDS ON THE TABLE: This investigative journalist lays no claim to scientific/medical prowess. In fact, recognizing this truth is an easy peasy admission to make. Besides, there is no shame in doing so. THAT being established, it is also the case that tapping into a roster of medical/surgical experts is always less than a stone’s throw away from yours truly. That close.

THE point being, a few weeks ago, while at an oft-held social gathering, the discussion turned to the outbreak of the coronavirus and its reportage from various corners. Mind you, one of the (regular) guests is a well-known infectious disease specialist – who prefers to remain anonymous, while he and his team labor tirelessly on coronavirus research at the Galilee Research Institute, in southern Israel – and is very emphatic in his base-line assessment: China’s first claim, that is, that it started at a food market in Wuhan, had more holes in it than a mountain of swiss cheese. That many. But as he went into this and that (long-winded) epidemiological discourse, it became obvious to the scientifically-minded that coronavirus has more in common with bio-warfare (a.k.a. bioterrorism) than with other known flu-like viruses! As to the scientific calculi at the dinner table, again, it flew right past this head. Mind-numbing.

EVEN so, with the above in place, the upshot became more than clear: Its spread must be contained with all due speed, hopefully, via a much anticipated vaccine at the Institute. Afterwards, its fingerprints, its unleashing (emphasis added), becomes (worldwide) priority Number One! 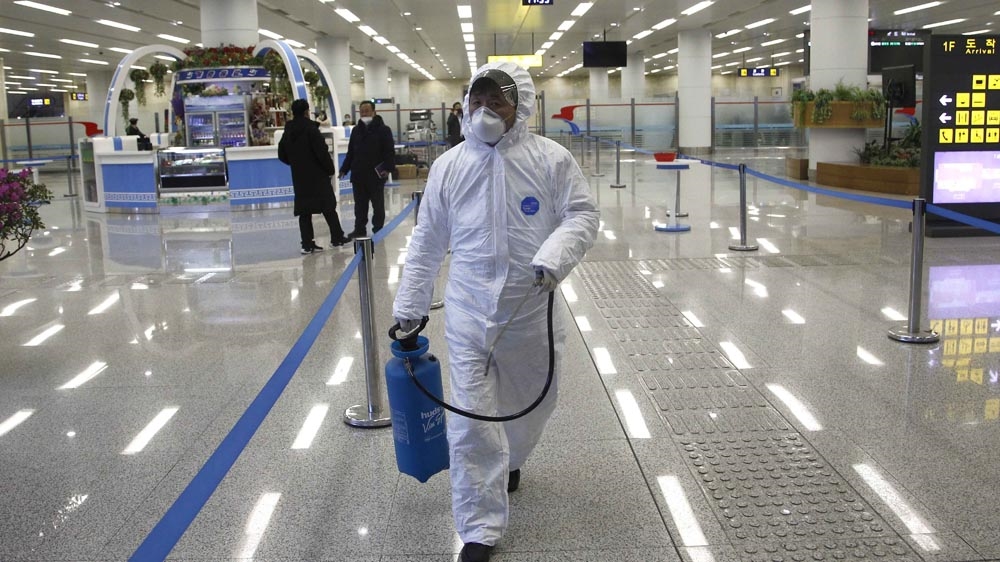 LO and behold, not too long after the aforementioned gathering, more and more seepage came to the forefront – albeit from two divergent directions, but in sync nightmare-like “prognostications!”

SO, if anyone knows what’s what and who’s who in the warfare planning of China, well, it’s this and that Defense Minister (DM), among others.

With the “coronavirus” outbreak in the news, and questions swirling if the disease is a Bio-Weapon released accidentally, a well-known speech by Comrade General Chi Haotiana, Vice-Chairman Of China’s Military Commission, December, 2005 gives theworld insight into the truth.

Here are some excerpts to prove that the Chinese openly discussed using biological warfare not only against the US, but on their own people.

Western countries established colonies all around the world, therefore giving themselves an advantage on the issue of living space. To solve this problem, we must lead the Chinese people into going outside of China, so that they can develop outside of China.

Only countries like the United States, Canada and Australia have the vast land to serve our need for mass colonization. Therefore, solving the ‘issue of America’ is the key to solving all other issues.

First, this makes it possible for us to have many people migrate there and even establish another China under the same leadership of the CCP.  We, the descendants of the Chinese nation, are ENTITLED to the possession of the land! It is historical destiny that China and the United States will come into unavoidable confrontation on a narrow path and fight.

In the long run, the relationship of China and the United States is one of a life-and-death struggle.

There has been rapid development of modern biological technology, and new bio weapons have been invented one after another. Of course we have not been idle; in the past years we have seized the opportunity to master weapons of this kind.

We are capable of achieving our purpose of ‘cleaning up’ America all of a sudden.

When Comrade Xiaoping was still with us, the Party Central Committee had the perspicacity to make the right decision not to develop aircraft carrier groups and focused instead on developing lethal weapons that can eliminate mass populations of the enemy country.

Biological weapons are unprecedented in their ruthlessness, but if the Americans do not die then the Chinese have to die. If the Chinese people are strapped to the present land, a total societal collapse is bound to take place.

According to the computations of the author of Yellow Peril, more than half of the Chinese will die, and that figure would be more than 800 million people! Just after the liberation, our yellow land supported nearly 500 million people, while today the official figure of the population is more than 1.3 billion. This yellow land has reached the limit of its capacity. One day, who knows how soon it will come, the great collapse will occur any time and more than half of the population will have to go.

It is indeed brutal to kill one or two hundred million Americans. But that is the only path that will secure a Chinese century, a century in which the CCP leads the world.

We, as revolutionary humanitarians, do not want deaths, But if history confronts us with a choice between deaths of Chinese and those of Americans, we’d have to pick the latter, as, for us, it is more important to safeguard the lives of the Chinese people and the life of our Party.

The last problem I want to talk about is of firmly seizing the preparations for military battle. The central committee believes, as long as we resolve the United States problem at one blow, our domestic problems will all be readily solved.

Therefore, our military battle preparation appears to aim at Taiwan, but in fact is aimed at the United States, and the preparation is far beyond the scope of attacking aircraft carriers or satellites.

Hal Turner Remarks:  It is interesting that here we are, fifteen years later, and China is suffering what has been determined to be the release of a Bio-weapon from its Level-4 Bio-Research Laboratory in Wuhan.

Did they intend to use this on us?

With Shanghai and Beijing both going to FULL MARTIAL LAW today, February 13, is it possible they are still actually preparing to use it against us?  Infecting their own people as a prelude to massive INTENTIONAL release inside the USA?  Call it “an outbreak?”  Make it LOOK like an accident?

There may be much more going on with this “Coronavirus” outbreak, than meets the eye.  Stay vigilant.

Wuhan: An US author, Sylvia Browne had made predictions about the deadly coronavirus outbreak in her book 12 years ago.

This prediction was made in the book titled, “End of Days: Predictions and Prophecies about the End of the World”. It was co-written with Lindsay Harrison.

In the book, Browne predicted that in around 2020 a severe pneumonia-like illness will spread throughout the globe. It was also predicted that the virus will attack the lungs and the bronchial tubes. The virus will resist all available treatments, the author added.

The author had also predicted the end of the virus. She mentioned that it will vanish quickly. However, the virus will again attack after 10 years before disappearing completely, she added.

It may be mentioned that the author had died in 2013.

Meanwhile, an excerpt from the Novel “The Eyes of Darkness”, a 1981 thriller by bestselling suspense author Dean Koontz tells that a Chinese military lab will create a virus as part of its biological weapons programme.

MOST significantly from this end, as one who never, ever wagered a (gambling) bet, let it be reiterated: Whereas one needn’t be scientifically/medically-inclined, it is a safe bet to place the odds on coronavirus being a bio-warfare weapon, rather than anything else. This is so because the infectious disease expert at these fingertips knew nothing about the above “seepage”, that is, until he heard it from this end.

MORE specifically, when said expertise is in direct agreement as to its unleashing – never mind the “foretelling” of the point in time –  well, it should be taken to the (mental) bank.

3 thoughts on “China’s DM (2005) Laid Out Bio-Weapons Plan To “Clean-up” America: To What End? Commentary By Adina Kutnicki”