EVERY competent investigator knows – be it during a criminal or civil probe – that a major investigative track revolves around the money trail. Yes, therein underlies the oft-cited dictum: “follow the money!”

BUT when it comes to tracking and tracing Islamic Jihadi terror (a redundancy in terms, but no matter), well, its importance and relevance must always remain a top target. On high alert. Even so, as intrinsic as the money trail is, its mirror image lies within an elemental and grounded knowledge base of Islam. In other words, first and foremost, it must be internalized: Islam’s basic underpinnings lead in only one direction, as such, the rest is merely smoke and mirrors. Hence, the PC blinders must be removed and replaced with a non-PC equation: Islam’s basis = Jihadi terror. Period. Full stop.

TO wit, the Koran is rife with Jihadi dictates, regardless of all the spin via Allah-washing. More specifically, they are revealed by some very influential Muslims. Among others, British Muslim cleric Anjem Choudary is front and center. In any case, listen to his truth-telling at the above linked video. Indeed, this Jihadi expert was called upon to analyze Choudary (and others) at more than one global interview. Hmm. Trust, he is not contained, as falsely reported, since being freed from a “half stint” in prison. Nor is he a so-called radical. He is representative of “pure” Islam. Plain and simple.

RESULTANT, today’s warning is meant to shine the brightest spotlight on a heightened threat – with the knowledge that anti-Semitic, anti-American Rep. Omar (with Tlaib in tow) is openly and repeatedly fundraising within the “who’s who” in Jihadi Brotherhood Mafia terror!

FOR heavens sake, what other conclusions should be drawn from her brazen, high profile actions? Rhetorical. So, in light of said monetary fundraising, why shouldn’t her Somali constituency terrorize the white community (read: non-Muslim) through various tactics of intimidation, safe in the knowledge that they are shielded in their (Jihadi) thrust? After all, one of their own is sitting in the halls of Congress, alongside fellow Jihadi Tlaib! Bulls-eye.

House Rep. Ilhan Omar (D-MN) is infamously tied to terrorist organizations and individuals and the Somali residents in her home district seem to be taking her lead.

Last Friday, a dispatch audio from the Minneapolis Police Department reveals that an incident involving “a group of 8-10 males chasing people with hammers” occurred near the University of Minnesota in the “Little Mogadishu” neighborhood.

Turns out this was a group of juveniles ages 12-15. In the police reports their names are redacted due to the fact that they are minors. It is clear that the group of males were Somali minors and were targeting white people and people who they perceived to “have money,” according to one eyewitness account.

The incident was apparently reported to 911 just before 10 p.m. on Friday according to the audio and other social media police scanner reports. A 9:48 p.m. Facebook post on 2nd Precinct Minneapolis Crime Watch page said that University of Minnesota (U of M) police were requesting assistance from Minneapolis police (MPD) and Metro Transit police for “a group of 8-10 males chasing people with hammers” and that some people were injured. A Facebook post a minute later on Minneapolis Scanner page said that the three police departments were responding to “multiple [911] calls” about “10-12 Somali teen males armed with hammers chasing people,” also with “several injuries reported.” Both Facebook pages regularly post summaries of police scanner audio.

A person who claimed on social media to have been at the station when the incident occurred said that the group of males had “hammers and bars,” and that they seemed to be “attacking anyone who looked like they had money or were white.” The witness, who said he isn’t white, said he didn’t want to “[take] on a bunch of dudes with blunt objects,” and that he “hurried an older white lady away” and they walked a few blocks to catch a bus.

On Wednesday there was an attempted robbery at the same location during which two U of M students were injured, according to a media report. It’s unknown whether these incidents are related.

Terror in Minnesota! It should be no surprise that the children of Somali immigrants are behaving this way. They have not come to America to assimilate but rather to take over and spread their own ideology. No doubt they are feeling empowered with Rep. Omar in office who speaks unapologetically on behalf of Muslims.

In a report by D.C. Dirty Laundry, writer Tim Brown points out that Herman Mustafa, executive director of the Dallas-Fort Worth CAIR Branch said, “If we are practicing Muslims, we are above the law of the land.”

This is very much the philosophy of Muslims. They do not believe they should be required to fall in line as Americans. They aren’t here to be Americans. They are here to make Americans into Muslims. The very core of Islam is to convert all unbelievers and if they will not be converted, destroy them. They hate the “infidels” and have no desire to live alongside of us peacefully.

Has Rep. Omar come out and condemned the behavior of this group of juvenile Somalis? Nope, and I wouldn’t hold your breath.

INDEED, it is not for nothing that Omar’s ‘hood and adjoining neighborhoods have been dubbed (within these pages) “Minnesotastan.“

ALL of which leads straight back to two devastating and intersecting truths, and both have been exposed at these pages on multiple occasions. However, with the growing dangers at hand – due to the infiltration and penetration of Reps Omar and Tlaib (in tandem with “AOC”) – they must be reiterated, regardless of how long it takes: U.S. taxpayers are funding Islamic Jihad and the money trails are abundantly clear, that is, if one knows where to look!

INCONTESTABLY, as per the taxpayer claim, readers may want to recall (10/2015) the evidentiary trails presented here. Hint: NYC Mayor Comrade De Blasio is deeply in the mix, yes, that Presidential wannabe!

NOW, as to the aforementioned “follow the money” being a major investigative tracking tool, let there be no doubt: The trails found within a blockbuster investigation (5/2015) “Islamic Money/Gold Laundering In Massachusetts Finances Jihad: FEDS Ignore Evidence” should be considered prima facie evidence. Dead to rights. This is the case, even though additional proofs were revealed in “BANNED: How Facebook Enables Militant Islamic Jihad” (Sept. 2016), Chapter Two.

ALAS, the most recent (May 2019) back-up linkage (out of countless over the years) amounts to, at the very least, $ 41 Million of Taxpayer-Subsidized Islamism in furtherance of Islamic Jihad!

BUT above all else, the Islamic imperative to subdue humankind to Allah is non-negotiable and Shariah Law will lead the way – never mind the jibber-jabber from western apologists that there is nothing to fear from Islam; a”peaceful” and compatible religion within the west. In a pig’s eye. Never and never.

BESIDES, how many so-called religions co-opt public spaces akin to Mohammedans – and, in America, no less, the outpost of western civilization?? 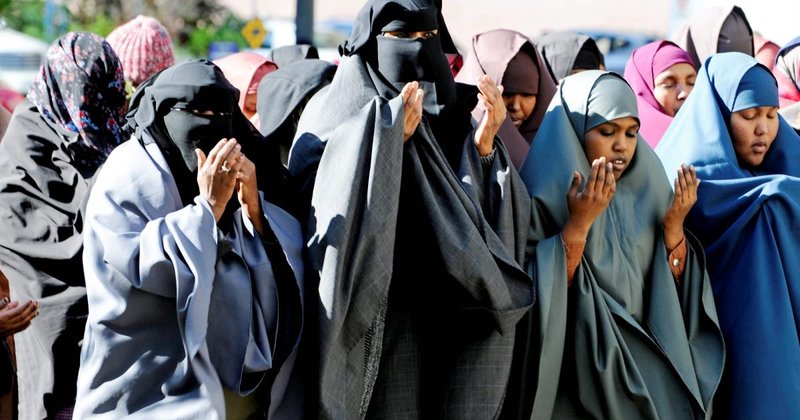